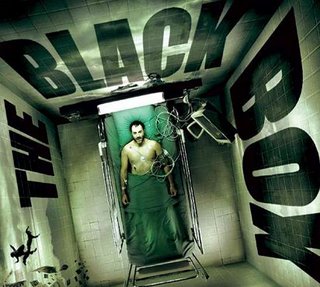 A couple days ago, I reported on the results of the FDA Psychopharmacologic Drugs Advisory Committee's hearing on December 13, 2006, on the FDA's plan to add a black box warning about the increased risk of suicidality in young adults. (I tried to get this done earlier, but just didn't have the time.)

Here are some notes I made at the hearing...

There were two out of state attorneys who brought a number of their clients to testify. There were also at least two people there testifying for the Church of Scient ology's C C H R (and making excellent points, I might add, about Lilly's reported lack of following through with their promise 15 years ago to provide additional data. There were quite a few who lost family members tragically after taking only several doses of medication. It is indeed hard to understand how a chemical can cause one to conduct such complex, planned behaviors. Yet, listening to their testimony, it was hard to wonder how their response to these antidepressants could not have contributed to their deaths.

Heidi Bryan, from the Feeling Blue Suicide Prevention Council, pointed out that a big part of the not-enough-follow-up problem was due to the lack of parity for mental health treatment. Even Medicare charges 2-1/2 times as much for co-payments for outpatient mental health diagnoses than they do for the same symptoms caused by non-psychiatric diagnoses (e.g., major depression vs hypothyroidism).

I think that managed care and pharma has so convinced folks that taking a pill is just as effective as talk therapy, that there is now a backlash that will soon require these companies to drop their discriminatory policies.

All of the voting committee members, including Wayne Goodman, Gail Griffith, George Armenteros, Andrew C. Leon, Marcia J. Slattery, Susan K. Schultz, Jean Bronstein, and the chair, Daniel S. Pine, repeatedly pointed out the importance of balancing any labeling changes with language which emphasizes the need to weigh the relative risks of nontreatment with those of treatment, even comparing the risk of treatment with that of non-treatment. In fact, when the vote came up about extending the language in the black box to include the young adults, two members voted against (Griffith and Pines), while the other six voted for it under the condition that balancing language be included as well. They told the FDA that they wanted to review the draft language prior to making a final decision.

Joe Glenmullen, who authored "Prozac Backlash", testified, as well. He and others state the the FDA has been tricked by the drug companies, by not being given complete information about all clinical trial results.

So, then the committee deliberated for a few hours. I must say, the committee members rather awkwardly, but repeatedly, made several important points...

I love your notes. I read the other posts, but couldn't really pull my thoughts together to comment.

Everything here is good, but the two things that especially jump out at me are the following:

I think that managed care and pharma has so convinced folks that taking a pill is just as effective as talk therapy, that there is now a backlash that will soon require these companies to drop their discriminatory policies.

, and the second to last one about making sure older patients aren't even unconsciously treated as though they don't need quite as much follow up.

EXCELLENT! I haven't been commenting much lately, but I've been here.

Were you ever going to do a second day post of that one conference you went to maybe a month ago or more, with some of the wierd subjects? Ok, wierd to me, anyway. Lol!

Thanks, Sara. Getting more done from that conference has been nagging at me for a while. There's some good stuff there. I'd like to get that done... lessee here... where are my notes...

"Telling prescribers that people with depression starting antidepressants should be followed at least weekly at first should be no different."

And public psychiatrists will do this how?? I'm with the FDA on this one. Public institutions already have enough regulations telling us how to practice. Twice weekly appointments just won't happen no matter how many regulations the FDA passes.

Wow, what an excellent post. Proud to have you as my co-blogger (even more pleased that you didn't post humiliating pics of my dog).

It's kind of like the whole vaccine question; well maybe not really, because the overall data for reduced illness/death with vaccines is more dramatic, though certainly there are those who feel that they've had quirky/fatal/disabling/unpredictable responses to vaccinations.

When you hear someone talk about an ideopathic but horrible event following the start of one of these medications (the NYTimes magazine, I think it was there, had a story some time back), it's hard not to wonder, and wonder we should. Still, I clinically haven't ever seen someone not previously suicidal (and I'd guess that at least half of people who present initially with depression are having some suicidal thought at the time of initial presentation), that began after the introduction of SSRI's. I've seen weird side-effects, I've seen people not tolerate the meds, but I haven't seen anyone with an extreme reaction. I've seen lots and lots of people say the meds help them (no pharm ties, what can I say?). It would be hard to stop using them.

I haven't taken many antidepressants I guess, and the ones I have taken were all prescribed to treat headache - except for prozac which was prescribed to treat "fibromyalgia" (I don't have fibromyalgia.....). But 2 of them had profound effects on my mood (not necessarily increased suicidal thoughts) that I'll never forget. It does make me a little leery of trying similar meds only because it took a looooong time to realize that the meds were changing me and not that I was just becoming a different person...

I've probably shared both stories in brief before. On prozac, I didn't care about anything at all. I was actually started on the daily dose, but went to my neuro with tremors in my hands and said I MUST get rid of those because I couldn't play the piano like that, and he put me on the weekly dose. I got a 42% on my 3rd chem exam, and then said, "Oh well...what's for dinner?" I just didn't even care - this from someone who, up until college, had never received a B in her entire life for a final grade. I had gone to lunch with my mom one day, and I really don't remember what we were talking about, but my mom said to me, "Look....you need to call the doctor. You are a different person on the prozac and you don't give a crap about anything or anybody, including yourself. You need to get off this...NOW." Too true...too true.... I was so detatched from the world - a nuclear war could have started, and I would have not cared at all. And those who know me closely know that I'm a highly opinionated, passionate person.

The other was with Cymbalta. My 2nd post on my blog was actually in reference to the Cymbalta commercials, because I find their commercials enticing and sometimes have to remind myself that it's not the right drug for me! Here's the link to my post on that (it's very very short): Cymbalta Post I still receive tons of hits to my blog by people who search for "cymbalta song" and other weird cymbalta related search questions. But at any rate - I cried just about every single day that I was on cymbalta. I was suddenly so much more depressed that I could hardly stand it. I was also anxious as hell. My heart rate was racing so fast on that med - I was shaky, anxious, and just cried nonstop. I have no idea why I reacted that way to it.

It's hard - because so many times, I don't see the actual effects of what meds do to me. However, those two meds stand as a very strong example that these meds have chemicals that actually have the power to change your mind...change the way you think, the way you act, and can, for some, change your entire personality. It's sometimes rather overwhelming when I realize that. As much as I would like to be free from depression, anxiety, and my ADD, I know that first and foremost, I do not want to become a different person. I may hate a thousand things about myself, but ultimately, I want to be ME and get through those things. I know these drugs don't change who a person is for everybody, but that was shocking the way that happened to me! What's more is that they had such a powerful effect, that it took prompting from others to actually realize that I had become some other person. I didn't know it.

I still don't think that we should just stop using SSRIs and antidepressants in general. I just have a much more profound respect for the power of these drugs to wield amazing changes in ones thoughts/personality. I can't say that I experienced sudden new-onset suicidal thoughts from these meds. I've had suicidal thoughts way before I ever took any meds for headache or depression, etc. I don't recall having a sudden increase in these thoughts while on either of those meds, but frankly I don't really remember. I think it would have struck me a bit more......I dunno...

Roy - I'd also love to hear about the rest of your conference! Did you ever happen to read the article about the Zonisimide Induced Suicidal Ideation? That's the one that my psychiatrist co-authored (SH). I just find comorbidities to be a very interesting topic, given my strong desire to study all things neuro/headache. More comments on that some other time.

I'm a student at University of Michigan Law School, and I am writing a paper for FDA Law precisely about this topic and some related law issues. I can't seem to find any source that goes into detail about the FDA's findings or the new black box language from last week's meeting, aside from your blog. However, some part of my doubts that I can use a blog as a source. Is there any way either I can cite you (directly) as a source or that you could point me in the direction of a cite-able source with more detail than the major media outlets? Thank you so much either way! My email is elibeth_at_gmail.com
-Liz S

Anonymous said...
This comment has been removed by a blog administrator.
March 22, 2008

I had eye surgery and in the post-op pack was MAXIDEX(dexamethasone) drops by ALCON LABS.

Twio days later I was BLIND

Use Google and enter EPOCRATES MAXIDEX to verify