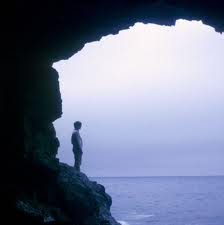 Sunil remains kind of creepy. He sneeked into his daughter-in-law's private study and found her birth control pills---proof, he says, that she's having an affair. Is he delusional? And he had this disturbing dream where he was burying an animal, one that had fallen from a cliff, and when he awoke, he went to his son's bedroom and watched him and his wife sleep. For fifteen minutes. Really creepy.

We learn that Sunil's former lover broke off their relationship on the library steps and then threw herself off a bridge. He was questioned when the police investigated her death, an apparent suicide.

Paul continues to confront Sunil. The birth control pills might not be proof of an affair. Sunil wants to change the subject and Paul stops him. The relationship Sunil had with his lover is similar to his son's relationship with his wife, and this is why Sunil is so troubled by it. When the patient disagrees, Paul does not back down--- he tells Sunil how it is. Does anyone else find it insulting when a therapist insists that a patient feels something he says he doesn't? Sunil considers Paul's theory, thanks him and leaves.

Paul is clearly worried about what Sunil may do. Call if you have disturbing thoughts. The frustration of both parties is palpable--- at times, Sunil raises his voice in an effort to be heard, especially about his right to snoop in his daughter-in-law's study. And Paul....well, Paul always looks frustrated.
Posted by Dinah on Tuesday, November 16, 2010

Sounds like an interesting episode! And yes, that'd be insulting to have the therapist continue to press the theory if I was insisting I wasn't feeling that.

Only once has mine had a theory about something that I've felt I'm not sure about, and I decided that after the session in which he said, here's what I think, and I was like, whoa, that's way different than how I've thought of things for along time, that's going to take some wrapping my brain around . . . I went home and thought about it, and a couple sessions later I had an example of the behavior that I thought showed why I thought my explanation for how I was acting (yeah I know I"m not a shrink lol) was more fitting than what he'd said. He accepted what I said and listened with interest and empathy, as usual, although it seemed to me that he found it a bit . . interesting that I'd decided to not seriously consider what he'd said (not out of ego, but out of considering possible avenues of insight into my behavior).

Anyway, he didn't push it. He floated his theory at the time it seemed appropriate, and when I came back with my disagreement, he was fine. It WOULD be insulting to be told you felt a way that you don't feel, and regardless of the intellectual side of what we'd been saying, it was more the way I FELT about the issue, and he completely respected that, and ME, by not continuing to advance his theory when I came back with my disagreement.

Um, long-winded way, there, of saying I agree with you, heh. Rofl self, irony.

Dinah - I agree. Sunil is creepy on all counts. He seems borderline stalker in his behavior towards his daughter-in-law.

They never offered an explanation to the girl's suicide. Do you think she may have been pregnant? It isn't clear if she commited suicide before knowing of Sunil's arranged marriage.

Is it just me, or is Sunil very difficult to understand? He mumbles.

I finally stopped seeing my shrink because she kept telling he I had feelings about a topic that I really didn't. She brought it it every session. We had the exact same discussion so many times that I can't even count them. I feel like she wanted me to have an issue w/ this. It was very frustrating.

BTW, I agree that Sunil is very creepy. If they were real, I might be a little worried for his daughter-in-law's safety.