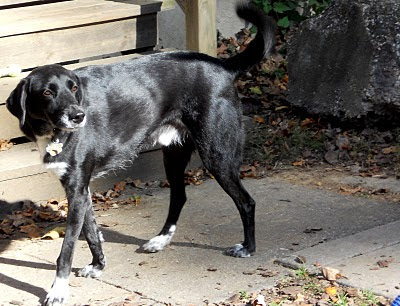 Paul has his second therapy session with Adele. She sits stiffly and while she listens with interest, she isn't warm and fuzzy. Paul tells her that Max showed up on his doorstep. He talks about having Parkinson's Disease--- his fears of disability and decline and of passing it along to his children. The neurologist said he didn't have enough symptoms to meet criteria for Parkinson's, but that doesn't give Paul any relief-- he's going for a second opinion, as though he must hear that he has Parkinson's. He even talks about telling Max that he has the disease, the one he hasn't been diagnosed with, and he finally tells Adele about the dream. Oh, and Paul is reading Gina's book and he's angry: he feels that he was is the self-defeating character in the novel and Gina hasn't returned his phone calls.

Paul's session with Adele is not as contentious as the first session, but it's still tense and full of one-upmanship.

Is this what real-life therapy is like? Would anyone ever be a psychotherapist if therapy was anything like what is portrayed on In Treatment? Would anyone voluntarily subject themselves to this? No & no & no. These episodes are compelling, and certainly there are moments of confrontation in real life treatment, but Paul is morose, depressed, takes himself way too seriously, and all the sessions lack the interpersonal warmth that happens when someone confides in a therapist.
----

Speaking of Max: today is our older dog's 9th birthday (approximately). Bowls of liver all around!
Posted by Dinah on Tuesday, November 02, 2010

Email ThisBlogThis!Share to TwitterShare to FacebookShare to Pinterest
Labels: In Treatment, pets

First HBD to your dog.
Second, I had to stop watching the show sometime in the 2nd season, pretty much for the reasons you listed but mainly because the character reminded me of a shrink I had for many years whose own obvious self absorption, obnoxious manner and habit of being quick to make interpretations that made zero sense to me and were made before I could finish a sentence were driving me nuts. I think it is not worth the time to discuss this show as an example of therapy because it really does a disservice to therapy done right and I can sense that coming through in your writing. I see a doc now who bears no resemblance in any way to this character. Maybe they could change the name to In Very Bad Treatment and I Want my Money Back.

Wow! Adelle really reminds me of my shrink. It's hard to watch.

I just saw week three with Adele.
I am surprised how negative the comments are. I think Adele is the ideal therapist. The problem is that this is tv and it has to be a compacted representation of therapy.