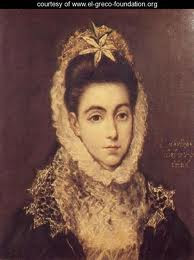 Sunil continues to develop as a character. He and Paul have tea. They talk about dignity and passion and living a principled life. Sunil is animated when he talks about Survivor and about his daughter-in-law as she exercises. He's overheard his son having sex with her, he thinks she's having an affair, and we learn that Sunil was secretly in love briefly, before he met his wife in an arranged marriage. Maybe he is jealous of his son, Paul suggests, or maybe he feels the daughter-in-law is betraying Sunil personally.

Who is Sunil? Is he laughing or is he crying? Is he wise or is he insane? There is a mystery to him--- he wants to know exactly what might cause Paul to break his confidence, and as Paul tells him that the circumstances would have to be extreme, that someone would have to be in danger, it's hard not to wonder if someone might be. Sunil is compelling, yet creepy, and one might wonder if he's attracted to his daughter-in-law, or if he's thinking of killing her? Did anyone else wonder this?
Posted by Dinah on Monday, November 08, 2010

For one thing I found the conversation fascinating. It was like watching two people speaking two different languages and none of them is making any sense of the other.

Yes, I was intrigued by Sunil's reference to: "a harsh punishment", I did not think murder, if he does anything it may be an egregious assault (yikes!!). Hopefully my guess never occurs - - I enjoy positive endings.

I could not figure out if the character, Sunil, was laughing or crying, nor could I understand his last sentence, which sounded like: we are in an interesting TV here? (???). Sunil is obviously perturbed by Paul's observations albeit true or false. Fascinating show, kudos to its creator(s)!

It's wierd that my life is having this therapist having to break confidentiality due to issues of danger thingie, not long after you post this.

It was basically he told me, either you tell him or I do. Well, that was after I asked him if that was what it was coming down to, if that was what he was saying about the issue, he didn't outright put it that way right off, he was more sensitive about it.

Did I tell my husband? Yes. Psychologist wants a message back from the HUSBAND reporting that I did so; he said it's not about trust, it's about safety, which trumps trust, and that in his experiences with these situations with other patients he's had go through this, this has been the best way. I told him I'm still gonna talk about the trust issue next time lol but I did outright tell him at one point that I considered lying to him about whether or not I'd have told my husband what he was wanting me to tell him, so that's the pot and the kettle . . . lol.

But I told him that in a moment of braveness, when he was asking what I was thinking, and I asked, are you really sure you want to know, cause if I tell you it might be the bravest thing I ever told. To admit what I was considering. Considering lying about something so big, considering lying at ALL, since I've always prided myself on my integrity in the therapeutic relationship . . . .

Anyway. Too much about me. But it's "twilight zone funny" that this same confidentiality/safety issue came up soon after you post this. He's never suggested breaking confidentiality before. Life imitates art, sometimes. Vaguely.

He said, "We had an interesting tea hear" or something close to that.

Sunil is the best character I've ever seen on that show. He's fascinating. I don't think he's attracted to his son's wife, I think she's attracted to HIM. He knows it, too. He's not going to hurt her, nor is he going to tell his son. It's just something he's living with. We're headed for a big reveal with this guy, and I can't wait.

I believe Sunil said: "What an interesting THEORY you have."

I disagree with Ellen. His daughter-in-law is not attracted to Sunil ... don't know where you got that from. It is Sunil who described her perfume, her hair, what she was wearing. I think he has a lot of fantasies about her.

I think the "suprise" might be another child that he had.

And yes, Sunil creeps me out. I would not want him living in my home. I wish they had sub-titles when he speaks because he mumbles.

OK - Aron's wife said she was scared of Sunil in the first episode. That's why they brought Sunil to see Paul - for protection, among other things. The detail I can't get out of my mind is the stones in the pockets of Malini's jacket when she drowned - does any suicide think to do that? "a brief investigation" - hmm, wouldn't be the first time Sunil's dissembled.

Alison Cummins said...
This comment has been removed by the author.
November 16, 2010

It’s probably a reference to Virginia Woolf, an important and influential british author between the two world wars.

Woolf’s most famous quote today is, “A woman must have money and a room of her own if she is to write fiction.” Any time you see a reference to “a room of her own” in a feminist context it’s from this quote.

*** *** ***
From wikipedia.org:
After completing the manuscript of her last (posthumously published) novel, Between the Acts, Woolf fell into a depression similar to that which she had earlier experienced. The onset of World War II, the destruction of her London home during the Blitz, and the cool reception given to her biography of her late friend Roger Fry all worsened her condition until she was unable to work. On 28 March 1941, Woolf put on her overcoat, filled its pockets with stones, and walked into the River Ouse near her home and drowned. Woolf’s body was not found until 18 April 1941. Her husband buried her cremated remains under an elm in the garden of Monk’s House, their home in Rodmell, Sussex.

In her last note to her husband she wrote:

“I feel certain that I am going mad again. I feel we can’t go through another of those terrible times. And I shan’t recover this time. I begin to hear voices, and I can’t concentrate. So I am doing what seems the best thing to do. You have given me the greatest possible happiness. You have been in every way all that anyone could be. I don’t think two people could have been happier ’til this terrible disease came. I can't fight any longer. I know that I am spoiling your life, that without me you could work. And you will I know. You see I can’t even write this properly. I can’t read. What I want to say is I owe all the happiness of my life to you. You have been entirely patient with me and incredibly good. I want to say that — everybody knows it. If anybody could have saved me it would have been you. Everything has gone from me but the certainty of your goodness. I can’t go on spoiling your life any longer. I don't think two people could have been happier than we have been. V.”

Thank you for the Virginia Woolf reference. I knew the stones in the pocket seemed familiar but I did't remember why.