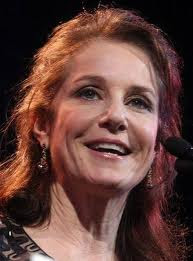 Frances is a little less obnoxious this session and a little more sympathetic. She talks about her courtship and marriage, her teenage daughter, and her dying sister. She is provocative with her questions and her sexuality. She's scheduled an appointment to see if she has the breast cancer gene --the BRCA breast cancer susceptibility gene. Finally, it seems she lied to Paul when she told him she'd asked her sister--his former patient-- for the referral and said it was fine with sis if she came to see the same therapist.

Last week, when Paul heard that the sister had stage 4 breast cancer and was dying, he immediately asked if she was in therapy. Today, we hear he's spoken to the sister and she is, indeed, in therapy. I found whole line of thinking interesting-- that the process of dying should necessarily be accompanied by a psychotherapist, with no other questions asked. Do certain stressful life events get negotiated better if one is in therapy? Is it a given that they need therapy? Do we, as psychiatrists, want this assumption supported, even by a fictional character on a fictional show?
Posted by Dinah on Tuesday, November 02, 2010

Now THOSE are some very good questions you've asked, just like about recent episodes.

I'm not sure, is my answer, to most of it. No, would be my answer to should all stressful life events always be or have therapy suggested or accompanied. People need to have their own sense of efficacy, and if they can't navigate the sometimes troubled waters of life without a therapist constantly on hand for every crisis, then well maybe they DO need to be in therapy, ironically, to learn some efficacy.

rather than just for crisis management. This is all bloody ironic coming from someone with efficacy issues, but since I've talked myself blue about efficacy (and done alot of work on the issue, though not nearly as much as I "should" yeah there's a distortion) I know a little about THAT issue, anyway.

Then again, at least in this episode's case, I think he may be concerned about a former patient, and her emotional needs during a very tough time, and I don't think that him thinking the former patient dying, possibly needing therapy, was a bad thing. If he thinks, as you suggest, that anyone or everyone going through a difficult thing needs it, that might be different, but since he's personally treated this character before, I think he's concerned about her overall support system during this time. Maybe we'll find out more about why he thinks she needs that level of support, during more Frances episodes; perhaps her family SUCKS at providing support, like my in-laws do, or like my sister lied when I was in the ER for my attempt a ways back, and she lied when she said she'd give support, so they didn't check me in. I thought I'd finally be getting help . . . so anyway, maybe he knows her support system in the past sucked, and has reason to be concerned.

Geez, didn't mean to tangle myself all up in that, lol.

I thought during last night's Hawaii 5-0 if the psychiatrist's assessment of the assumed perpetrator was something that actually happens and what you guys would think of how the psych aspects of the story played out; in the end the guy couldn't believe who they said had killed his wife so he was thinking that he might have blacked out into this violent disassociative thingie and done it himself, instead of gone running to clear his head like he actually had. It was interesting the way the whole thing played out, sorry it has nothing to do with the post, just didn't know if any of you watch the show . ..

If you've realized this is your last chance ever to become a better person, you might see a therapist for a while, or get religion. Still, people dying of cancer don't have a lot of energy; they tend to put more effort into things like trying to maintain their weight, or finding people who will look after them when they are disabled by pain.