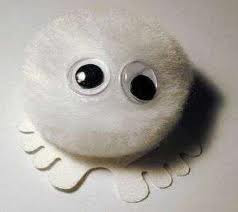 ------------------------------------------
Roy thinks this was a mistake, that I didn't finish the post, but this was all I had to say. It was a contentious and uncomfortable session and by the end, I wanted to go home. Ah, I was at home! These people are not nice, and who would want to pay for this kind of confrontation, unleashed emotion, and discomfort. Paul is a handful, and now we hear his fantasies about a life together with Adele, and that he's watching her building (for an hour after the last session!) and knows she doesn't have any patients after him, so at 6 o'clock at night, she should be happy to extend his session. It's like Jesse, only at least we can excuse Jesse's immaturity as adolescence. And why is everyone in this show a stalker? I did not think that Adele did as a good a job as before: she openly sneared at Paul in the beginning, and she angrily confronted him with his refusal to look at the important things and his rigidity.

Just a hint: name calling makes people defensive. They are more likely to consider your thoughts if you couch them in kind terms or universal phenomena that make them easier to swallow: "it's difficult to look at your own weaknesses"..."there are parts of your style that serve you very well..."

As usual, this session is almost flawless. Adele is clearly not warm and fuzzy but this is really an excellent depiction of the differences in technique and how therapists can be different but equally effective. Paul is the more involved and action prone, whereas Adele represents the more commonly taught way of doing therapy, with clear boundaries, clear roles, trying to reflect back and interpret rather than advise., etc. I like the contrast. One wonders how Adele might treat Jesse but then again, Adele may not do adolescents. She managed to convey a negative judgment about Paul seeing Jesse at night. That was a flaw, IMO. But therapists are human.

I continually wonder why does Paul keep going back to her.

I'm still having problems with the notion of psychiatrists that do talk therapy. I know mine doesn't. I can't think of many psychiatrists iun Austin that do.

I think Adele was quite harsh. Yes Paul is pushing her buttons, but that's his problem. It's Adele's job to help him see how his behavior is affecting his current life. I agree with Dinah that she was confrontational and rude. And why is everyone stalking? Is this a trend in real life? Look how closely Sunil's session mirros Paul's own ... both stalk, both cannot control their impulses, both were asked to see their therapist for an additional session ...

Dinah - I liked her original post. I saw that and smiled. I am a fan of Adele but she got sucked into Paul's drama and took his missives personally. And I'm so tired of Paul's complaining. Grow up.