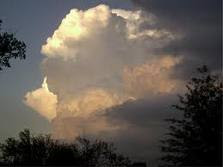 Jesse is struggling as he copes with communications from both his birth parents. His adoptive parents were angry--- a sign that they want him. "I have ADD and I'm a slut. Who would want me? Would you?" Paul says "Yes." It was a nice thing to say, I'm not so sure I believe him. And he answers this charged question, but won't answer when Jesse asks if Paul likes the letter Jesse crafted to his birth parents. Both of Jesse's moms are depressed, it seems. Marissa hasn't gotten out of bed for a week-- not since her visit to Jesse's psychotherapy session, and Karen always gets depressed around his birthday, presumably out of grief that she gave her baby away.

Jesse is still cursing, but overall, he's become more insightful, less ready to charge, and less provocative. My satellite blitzed for the last few seconds of the show, so fill me in. Jesse leaves and Paul still has all the letters to and from Jesse's birth dad. And what's with the show opener where he's sniffing spices? Still trying to figure out if he has Parkinson's Disease? I guess it's the season-long personal life of the therapist theme.
Posted by Dinah on Wednesday, November 17, 2010

He was sniffing spices as lack of smell is one of the symptoms of parkinsons.

Jesse asked Paul to hang onto the letters for him ... he didn't want his parents to see them. Paul seemed to think twice before accepting them. People are always leaving things in his office.