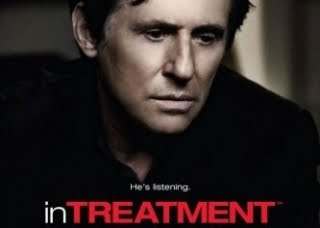 
Week 4: Sunil - Frances - Jesse - Adele
Week 5: Sunil - Frances - Jesse - Adele
We learn more about Sunil's life. His marriage was arranged. He and his wife did not approve of their son's wife and he doesn't like how his grandchildren are being raised. Today, four members of his family asked him to take a shower. He admits it: he smelled like a goat. And due to the invasion of a plumber, Sunil and his daughter-in-law, both in their towels, nearly collided in the bathroom. A bunch of rowdy teenage boys bumped into Sunil on the subway, and he write notes to his late wife. Good morning. Goodnight. The birds are too loud. He misses his friends in Calcutta and he misses tea. Good tea. Hot tea. And he is destitute-- all his money went to the education of his son and the medical care of his wife. Sunil is a captive of his son here in New York, a good son who cares for his father and capitulates to his wife. He leaves the photo of his wife behind on the couch.

Sunil challenges the process of psychotherapy. He doesn't like being called a patient. He was promised a conversation but Paul doesn't speak and doesn't reveal himself. It's strange to talk on and on about oneself, to reveal personal things.

As Paul will do, he challenges Sunil. He says aloud the things that may be oh-so-true, oh-so-quickly. He says them with a tone that says he is sure of their veracity, whether they resonate for the patient, or not. I don't like his style: too quick, too insensitive, too in-your-face. Some of the patients explode or leave or overdose. Sunil says he wishes he hadn't asked Paul to talk more. His sense of humor is preserved despite his melancholy. He opens up a little and talks a bit more about his pain: this time Paul's tactic worked.
Posted by Dinah on Tuesday, November 02, 2010

yeah, paul being like that can blow up in his face.

It's weird knowing your guys' real names after so long (well, knew Dinah's of course already). Nice names tho!

Guys, I would highly appreciate if you can tell me what's the name of the first song from In Treatment Season 3 (EP. 5 - Sunil) *Ending Theme, First Song S03E05*

My email address is torai.bogdan@live.com , please tell me if you know.