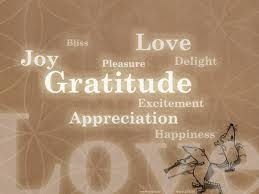 Paul says he lacks passion, something that everyone else has. Adele, he says, has passion for this, this being her work. At first it seems a bit narcissistic....Paul is assuming she loves her work, because her work, after all, is talking to him, and no one wants to think that their therapist hates coming to work. But then we learn that Paul has Googled Adele, and part of why he assumes she loves her work is because she's written a lot-- she must have passion.

Adele is a bit stiff for my taste. I like animated people. But she's a good therapist for a fictional character--she's attentive and able to distill patterns, and she has good insights. So just as I'm thinking that Adele is such a much better example of a therapist than Paul is because she doesn't get in his face and say confrontational, contentious things, she blows it. Paul talks about how caring for his sick mother stifled his childhood, and Adele proposes that he may have used this as an excuse to hide. He says no, this doesn't feel right, but Adele insists it is. I hate it when they do that.

Finally, Paul was distracted during sex this afternoon. You knew he was thinking about Adele, that he has become attracted to her, and in this episode her eyes have become so much more flirtatious. New makeup or camera angles, I suppose? And at the end of the session, he tells her she's right when she says he holds back, and he tells her he's been thinking about her (during sex with his girlfriend). Textbook transference, he says, as though being a therapist himself should make him above all that. It's a compelling session, and we're left to wonder if Adele can hold her boundaries (we think so) and what will happen next week.

I'm grateful that someone somewhere might be interested in my thoughts on a TV show. Thank you for reading!

Don't you find that Paul's confessiong to having sex on the same couch his client's sit on is unprofessional on so many levels? I'm glad I'm not Paul's 2 o'clock on Fridays. Creepy.

Adele isn't as warm and fuzzy as some, but at least she is holding Paul in a strong therapeutic frame. I like her. I like her office.

I was suprised how Adele didn't seem to rattle when Paul confessed googling her name. I would never admit to that (I'm a good googler ... too much information isn't always a good thing).

And last but not least, I do not believe the writers will go down the same sexual road again with Adele and Paul. Adele will not go there - but she will open the door letting Paul talk about his feelings.

I enjoy the Adele Sessions the most. Because Paul does a lot of talking and I want to know about his character. It's getting good: He's always criticizing her for being "so young," and then he fantasizes about her. Ick.

I love watching In Treatment and then coming here to read your reaction, Dinah.

"At a certain point, you have to move past the stories you've assigned to your life."

I don't watch In Treatment (don't get HBO up here!), but thank you for posting this line, Dinah.
I'm going to carry it over to my own blog :)

He confessed to having sex on the same couch his clients sit on? did he confess that to a patient, or to his therapist? It's creepy that he does it on his therapy couch regardless but it makes a diff who he told. That's just creepy that he'd do that there, boundary violation even in my head ewwww. That's the patient's space, even if the couch is in his house.

And what Rach said, I'm SO glad you included this quote from the show; it's really good food for thought for me!

(unrelated but psychiatrist is trying me on Risperdal; here's how it's going so far http://sarebear.typepad.com/blog/ )

"At a certain point, you have to move past the stories you've assigned to your life."

I am not certain how helpful that line is. Isn't that why people go do therapy? Because they know this but do not know how?

I found Paul's interaction with Adele concerning his attraction to her painful and I muted it until I saw her start talking again. I only watch the Adele ones. I still miss Gina.

I watched season 1 on DVD, so it will be awhile before I get to this season. So perhaps Paul the Pathetic Therapist has already answered why he chooses yet again to have a female therapist. If not, I wonder if you could have any insights into that?

What Jude said makes me wonder, what DO we know about Paul's father? We know some about the women in his life . . .

Anon 1: I wasn't disturbed by the confession because he made it to his therapist, not a patient. I like Adele's office, too. And shrinks don't get rattled at Googled. Isn't it expected at this point? People mention stuff they found by googling me as a matter of fact, not like something to hide. The world is weird and privacy is minimal. That's just how it is.

Sarebear: Hmmm, thinking about the boundary violation idea. I don't think so, unless he tells a patient or has sex with a patient.
Now there would be an interesting post/poll: Is it okay for a psychiatrist to have sex on their own couch? Hmmm, not for Shrink Rap.

Anon 3: It was concerning. I think I was more concerned that Adele was fine listening to it, left with the idea that they'd talk more about it, and didn't put some boundary in place: I understand that this is how you feel and it may get uncomfortable, but you need to understand that because of the ethical issues involved, we can't have a relationship. Given that boundaries have been an issue for you in the past, it may be useful for us to explore these feelings, but they need to stay in the realm of therapeutic exploration.

The other question is that if Adele's boundaries are solid, is it threatening to her to have a male patient come on to her like this? They are alone in a room together.

Sarebear: we know his father was a doctor who moved the family from Ireland to Baltimore then abandoned them, that he died of Parkinson's Disease last season and there was a long period of estrangement. Paul's was not a happy childhood.

I think you take a more rogerian tone in therapy from what I can tell and Adelle and Paul both stick within a strict psychoanalytic framework where the therapist knows best and their job is to work through all resistances the patient has. I think paul has some severe trauma in the past that will start to come out after a while. Gina did not make him a director with good reason. I do agree with Adelle thinking Gina is a bit off as well. I mean Gina continues to befriend paul in the last season even knowing how neurotic he is and how he is prone to outbursts.

Back to the books.