It Wasn't About The Diamonds 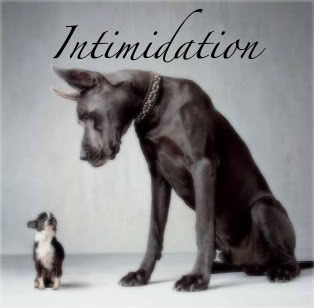 Dinah is away so Roy and I are left in charge of the blog, heaven help us all. Real life has taken over my blogging time so I've really gotten out of the habit. Also, I've got a 383 page proof copy of the book to review and edit by the time Dinah gets back. I may have to choose between the two tasks. Here goes.

I was listening to my Nightline podcast this morning and I heard an interview with Naomi Campbell, the celebrity model called to testify in Liberian dictator Charles Taylor's war crimes trial. There were a number of curious aspects to the story: Campbell's admission that prior to traveling to the country she had 'never heard of Liberia', and the fact that she receives gifts so often that she thought nothing about having a bag of raw diamonds delivered to her in the middle of the night, or the fact that she's so rich she immediately gave the diamonds away to an acquaintance. I was also struck by her statement that she was annoyed by the inconvenience of being involved in the prosecution of someone accused of hundreds of murders. I'd say 'inconvenience' was a small price to pay for justice.

Separate from the celebrity spectacle aspect of the story, there is a back story here which I find more concerning. Campbell mentioned that she was reluctant to testify out of concern for the safety of herself and her family.

This was the issue that brought this story directly home for me and the patients I work with in Baltimore. Witness intimidation is probably the single biggest factor in the failure to gain convictions for serious crime in this city. It happens so often that prosecutors routinely take witnesses before a grand jury to testify prior to trial, to preserve their testimony before they can be threatened into changing it or they 'disappear' before the court date. This is not to suggest that Baltimore citizens care less about justice, or are less conscientious citizens. They have reason to be afraid. One infamous drug gang in Baltimore created the notorious Stop Snitchin' DVD to warn people against cooperating with police; witness intimidation entered the mainstream media.

Witnesses have had their houses firebombed. They've been threatened and family members have been killed. Criminal defendants have even orchestrated witness killings from behind bars, causing Maryland to be a leading proponent of cell phone jamming technology in correctional facilities. Maryland has also taken legal steps to hold the perpetrators responsible, making witness intimidation a felony offense punishable by up to 20 years in prison.

I can't say that I have an answer to this problem. I do know that hearing Campbell express her fear instantly changed my mental image of her. Instead of the fabulously wealthy, inconvenienced supermodel she became someone I felt I knew. She could have been anyone in Baltimore.

Not that this justifies intimidation, but hasn't this same supermodel been accused of assaulting an aide, and been found guilty of it? Just wondering. Sounds like one of your criminal patients, lol, if that's the case.

If a bit wealthier.

GEEZ louise on the intimidation, I didn't realize it was that bad.

"" the fact that she's so rich she immediately gave the diamonds away to an acquaintance.""

When I read the above, it included the detail that the diamonds were given to a charity via an acquaintance (and nobody knows what happened to them). That sentence led me to believe she was lying to keep customs officials and the IRS from coming after her for taxes due. Suppose she said she had tucked the diamonds into her bodice and brought them home to be made into a necklace. There'd be import tariff and income tax owed. This led me to question everything she said. The "dirty pebbles" comment seemed an effort to mislead the court or at least cause the court to wonder if she had actually received diamonds. Hence, it felt to me that Campbell was protecting Charles Taylor. That Campbell was likely lying is supported by contradictory testimony of Mia Farrow and assistant Miss White. When she said "This is a terrible inconvenience to me." I interpreted that to mean that she is self-centered and self-absorbed to the extent that nothing else matters to her but herself.

Not that this has anything to do with the post, but I may blog more over Sarebear's Vox Blog here now, at least on mental health stuff, than I do on Piebolar. I'm tired of family that doesn't give a crap, getting an undeserved window into my life.

Sorry for the "spam", just thought the Shrink Rappers would want to know. Obviously can't post it on my regular blog, lol.

I forgot to say that I did believe her about being afraid to testify. That rang true, and I am sorry it is so bad in Baltimore.

Campbell might be too dumb to have heard of Liberia, but she'd not so dumb that she is unable to recognize a dangerous thug when she meets one.