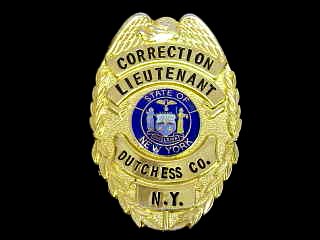 As of last night, here is the official body count for 2006:
Enough said. It's time to rethink Project Restart:

Project RESTART as a whole has been criticized by the state prison workers' union, the American Federation of State, County and Municipal Employees (AFSCME), which accuses the administration of Gov. Robert L. Ehrlich Jr., a Republican, of emphasizing rehabilitation at the expense of safety by adding counselors and case managers while the number of correctional officers has declined at some institutions.

**********
Disclaimer: The opinions expressed in this blog are my own, expressed while off-duty, and do not represent those of my employer or the state government. Please don't let an inmate kill me Governor Ehrlich.
Posted by ClinkShrink on Wednesday, July 26, 2006

This is always shocking & disgraceful in that prisons are institutions of extreme violence, and constant vigilence is necessary to stay alive. But the institutional absurdities presented (e.g. "locked down," but doors are not locked, a known targeted officer is doing the count in a housing area) seem to be endemic (cf. the report of the CA Office of the Inspector General following the murder of Officer Manuel Gonzalez) in combination with corruption and stupidity. It is absolutely amazing to me that CA has lost only one officer in more than 20 years.

The CO's union motto is "Walking California's Toughest Beat," because unlike the police, who encounter few criminals, every encounter for a CO (and us!) is with a felon. I believe Ted Conover's New Jack: Guarding Sing Sing is an exceptionally accurate day-to-day description of what it's like to be a CO.

How devastating this must be to this officer's family and colleagues.

The thing that amazes me is that an outside consultant's report expressed the opinion that our system had too many officers, and thus these positions were cut. The consultant was paid thousands of dollars for this opinion---enough to buy a nice suit for this officer's funeral, no doubt.

Just a salute to those who serve at such risk to themselves.