Off Label; In Jail 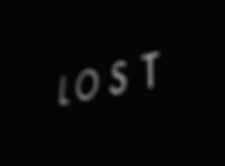 [posted by Dinah > Blogspot ate it > spit half back up > whole post found by Roy, enabled by Safari's RSS feature]

At first, Dr. Peter Gleason thought his arrest was a joke.

Dr. Peter Gleason, 53, promoted Xyrem for purposes other than those approved by the federal government and now faces charges.

In the early afternoon of Monday, March 6, half a dozen men in suits surrounded Dr. Gleason, a Maryland psychiatrist, at a train station on Long Island and handcuffed him.

Dr. Gleason, 53, was taken aback because he was arrested, and later charged, for doing something that has become common among doctors: promoting a drug for purposes other than those approved by the federal government.

But prosecutors say that Dr. Gleason went too far. At hundreds of speeches and seminars where he was rewarded with generous fees, Dr. Gleason advised other physicians that a powerful drug for narcolepsy could be prescribed for depressionand pain relief. In doing so, he conspired with the drug's manufacturer to recommend it for potentially dangerous uses, the prosecutors claim.
_____________________________

The article goes on to discuss how Dr. Gleason prescribed Xyrem to 100 patients before the pharmaceutical company recruited him to promote the medication. He promoted the medication for off-label use and down-played (even lied?) about the risks, saying table-salt was more dangerous and that the medication was safe to use in children. These talks were given to physicians, the medication has a black-box warning, and the active ingredient is one found in date rape drugs, so it's possible his physician audience might not have believed his claims, or at least approached them with some skepticism (I can hope?). Did he tell his audience's he was being paid by the drug company to talk? No clue, but anywhere I've given a speech, disclosure of financial interests is mandatory.

I've actually heard of Xyrem only once, at APA when I talked to a drug rep about it-- when I heard the amount of paper work required to prescribe it, I figured I wasn't going to be using it anytime soon. I'm not the biggest fan of addictive medications anyway, as I worry that the problem I will create will be bigger than the one I've solved.

In psychiatry, we use medications "off-label" all the time. We see people who are suffering, and if they don't respond to the conventional stuff, we try something else. And we talk to each other, conveying anecdotal tales all the time--please don't put me in jail. And off-label stuff works, people get better. If I know I'm giving something off-label, I tell the patient. Sometimes I don't realize it. For example, a patient brought me an article the other day showing me that Wellbutrin XL is the first medication approved for Seasonal Affective Disorder. I've been treating people with anti-depressants for SAD for years, it never occurred to me that if their depression occured in winter then nothing was specifically approved for those depressions.

From the Press Release from the Department of Justice:

As alleged in the indictment and a previously filed complaint, Xyrem’s manufacturer, Orphan Medical, Inc. (“Orphan”), relied on GLEASON to give lectures around the country promoting Xyrem to physicians for “off-label” indications and paid GLEASON tens of thousands of dollars for such speaking engagements. In 2004 alone, GLEASON spoke at over 100 events and was paid more than $70,000. GLEASON was allegedly in high demand by Orphan sales representatives because of his proven ability to generate “off-label” sales of Xyrem in their respective sales territories. The indictment charges that GLEASON engaged in deceptive and misleading behavior in promoting Xyrem by, among other things, suggesting to physicians that GHB was not a “date rape” drug, and that Xyrem was safe for very young children when, in fact, the drug’s labeling stated that Xyrem had not been proven safe and effective for people under the age of 16. The indictment also charges that GLEASON conspired with Orphan employees to defraud public and private health insurance plans by concealing, and advising prescribing physicians to conceal, evidence that Xyrem prescriptions were being filled for “off-label” indications that generally were not reimbursable.
_________________________

For my own disclaimer: though Dr. Gleason is from Maryland, I don't know him and have never heard of him. And I don't think physicians should make money by promoting off-label medications for drug companies, effectively being their paid mouth-pieces to say what the company can't say. Interestingly, the drug company in this case is not being charged with anything. I don't know if Dr. Gleason is the only physician in the country paid to promote a medication off-label, though I'm assuming, maybe erroneously, that it's not known to be illegal to do so. I'm not sure why the number of speeches he gave or the amount of money he made is relevant.

So what's the purpose of this post? I suppose I read the article and was left thinking, even if he lied, is this a crime? Not, was the doctor right or would this be reason for an ethics query by a professional board, but is this reason for criminal prosecution? I figured I'd put it out to the blog.
Posted by Steve & Barb on Tuesday, July 25, 2006

TO OUR HERO ROY!

Behold, the lost was found. Let's hear it for Safari and the Mac!

Your example of Xyrem is certainly a dramatic example because of the nature of the medication, and I'm presuming that's why the story found its way to the Times. But I'll bet most people do not recall that the identical confrontation with the FDA occured when Pfizer was caught promoting the off-label use of Gabapentin for peripheral neuropathy utilizing the same mechanisms: physician-led seminars, "educational" dinners," and even week-end meetings at resorts. If it made the Times, it was probably in the Business Section. There were two ironies to the story: Gabapentin appears to actually be effective persuant to the off-label claim (my university has at least 3 studies - lower-back, neck, and shoulder pain - in Stage III trials); and the off-label use in psychiatry was never mentioned by the FDA, though I'd not seen it promoted anyway near as extensively because of the miniscule market.

Apparently, when Pfizer was confronted and legally threatened by the FDA, it was close enough to the expiration of their patent, that it made no business sense for them to invest in trials that validated its use in neuropathic pain (particularly in diabetes), only to have the generic manufacturers benefit. Suddenly, in our mental health clinic, the phone calls from the Neurontin reps stopped, and requests for more samples went unanswered. Finally a rep confirmed that Pfizer was strictly limiting its marketing to neurology alone.

I believe the legal issue is that you may prescribe a medication as you see fit, be that as approved by the FDA or for off-label use, but it is illegal to market or promote a medication for other than what the FDA has approved. Not wishing to seem (overly) cynical, but it seems that manufacturers attempt to gain amended FDA approval, not because they have demonstrated a "breakthrough" application, but to further their marketing: "The first approved for SAD..." or "the first approved for prophylactic prevention of PTSD relapse..." Where's the Xyrem - I can hardly keep my eyes open. Bottom line, what he did was a crime and it was unethical.

Personally, I am highly influenced by the imprinted pens, sticky notes, clocks, and even the real leather wallets. Now that's science.

Reminds me of The Fugitive w/Harrison Ford.

Sounds like THAT man could've used some brains, even CHOCOLATE ones! Hee!

I often re-evalute myself as to how I'm doing on my Neurontin, but see HERE for a post on how I felt as it started to kick in.

I wish off-label uses would get more studies, and more official approval when shown to be efficacious.

Course, I hate it when I get the gabapentin headache sometimes. And I'm clumsy (just bought a 3 gallon jug of SHOUT with a 3foot hose and trigger from Sam's Club, lol!), and tired tired. And OOHhhh baby was the problems w/focusing my attention on anything last fall, really bad (I could BARELY force myself to read two pages of a picture book to my daughter; literally required less than a minute of attention . . .) I couldn't read books at all, and I love to read . ..

Anyhoo! Like you wanted to know all that, and I know you can't deal w/my personal medical situation. But I can bring it up in relation to the off-label thing, specifically the Neurontin.

Heck, the drug company sends me a bunch of free pills every couple of months. And Wyeth sends Effexor, too, but the three month supply to the iatrist (and he then hands em all at once to me).

I'm still dealing with the fallout of the Neurontin issue. Lots of education to be done on that point with the inmate population, because a few docs are still using it in free society for bipolar.

And yeah Firefox rocks on all the machines I use, Mac and (ugh) Windows.

Please visit the following website if you wish to discuss this issue further:

Um. Is there a problem, or something wrong with Neurontin use in bipolar?

Roy, Thank you very much. Dinah

Probably worth mentioning that "C" who posted above, is Dr. Gleason's daughter and the link to her blog provides a lot more information about this case than I had access to at the time I wrote this post.