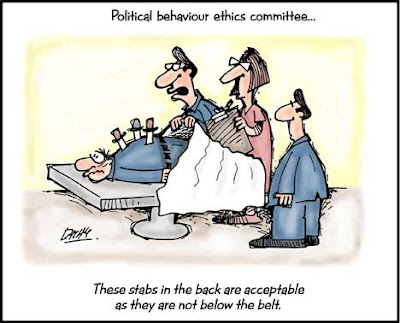 Just to share an interesting piece from this morning's New York Times Magazine.

In "The Moral Instinct," Steven Pinker writes about the factors that influence our thoughts and feelings about what we find admirable, despicable, acceptable, and moral in the context of our society. He asks some tantalizing questions, though it's a long piece and near the end he lost me for a bit before he found me again. Always fun, Pinker talks about a college professor I did a work-study project with about a zillion years ago. Dr. Paul Rozin studies cultural influences in food tastes and he was quoted in the article in a discussion about moral issues related to vegetarianism. Given ClinkShrink's recent post about prison food and cannibals, I wondered why she wasn't interviewed.

Just a couple paragraphs that I found interesting:

Dozens of things that past generations treated as practical matters are now ethical battlegrounds, including disposable diapers, I.Q. tests, poultry farms, Barbie dolls and research on breast cancer. Food alone has become a minefield, with critics sermonizing about the size of sodas, the chemistry of fat, the freedom of chickens, the price of coffee beans, the species of fish and now the distance the food has traveled from farm to plate.

Many of these moralizations, like the assault on smoking, may be understood as practical tactics to reduce some recently identified harm. But whether an activity flips our mental switches to the “moral” setting isn’t just a matter of how much harm it does. We don’t show contempt to the man who fails to change the batteries in his smoke alarms or takes his family on a driving vacation, both of which multiply the risk they will die in an accident. Driving a gas-guzzling Hummer is reprehensible, but driving a gas-guzzling old Volvo is not; eating a Big Mac is unconscionable, but not imported cheese or crème brûlée. The reason for these double standards is obvious: people tend to align their moralization with their own lifestyles.

I will say, though, when Pinker talks about research on ethical behavior in monkeys--"The impulse to avoid harm, which gives trolley ponderers the willies when they consider throwing a man off a bridge, can also be found in rhesus monkeys, who go hungry rather than pull a chain that delivers food to them and a shock to another monkey"-- I had to wonder about the morals of a scientist who could even design such a study.

Email ThisBlogThis!Share to TwitterShare to FacebookShare to Pinterest
Labels: ethics

Separate from vegetarianism, ecology or shocked monkeys, we're seeing moral controversy even in medical training specifically surrounding the use of animals in pharmacology and other labs.

It's one thing to use a slaughtered pig's foot to learn how to suture. It's entirely another thing to inject drugs into dogs from the pound just to learn how the drugs work, knowing they'll be euthanized afterward. To this day I can remember the sound of the poor cats being used by the anesthesiology residents who were learning how to intubate newborns. It was a very sad "mew mew hack hack hack" noise. Eeesh.

My brother once told me he'd rather me be a lesbian than a vegetarian.

When I was on my NICU subI, we intubated ferrets. Also sad, but not quite as sad as cats, probably because I've never had a ferret as a pet.

But, our med school did away with those "dog labs". We had a "virtual" dog lab, which basically corresponded to "Learn the drugs, moron!" ;)