Please take our sidebar poll and tell us who you are.
If you don't know who you are, please guess. 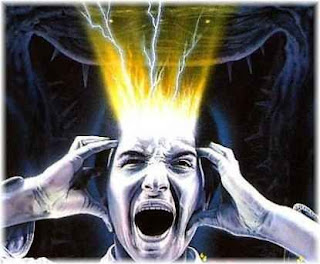 In Podcast Number 60, we discuss the following:

Thank you for joining us!

I know who I am but I cannot minimize one aspect of myself in order to allow another aspect to squeeze into the parameters of your poll. The poll would be more useful, perhaps, if one could tick off more than one category. When I am well, I am very, very well and when I am not, I am horrid. Aplogies to Mother Goose, but that is how it is.

You mentioned the increasing incidence of autism spectrum disorders, which I'm not clear on. Diagnosis is increasing-- is there good reason to believe that it's because of an increased incidence rather than increased recognition?

At this point an autism spectrum disorder is seeming like the only reasonable cause of my symptoms, but when I was a child, symptoms of Asperger's in girls still weren't recognized. And when I mentioned it to my current psychiatrist, her response was that she's not a developmental psychiatrist. Yea, well, I knew that, but I'm also not a child, which eliminates an awful lot of options so far as getting any confirmation on that.
My mother always tells a story about how when she first tried to teach me numbers and letters, I "didn't seem interested." It wasn't until awhile later, when she was tutoring my father in calculus, and having a problem with the calculator (I think one of the bars was out) saying "no, that should be an 8 right there." that I grabbed a number 8 off the refrigerator and gave it to her, and that "at that point I seemed to know all of the numbers and letters." Lack of interest and lack of ability to show interest are two different things.
Everybody has always known that I had no social skills and didn't understand tact at all, but who ever considered autism in a girl? My mother always promised to get me social skills help, but apparently could never find any real help. After a teacher commented that I didn't have tact, ever time I said something "wrong" my mother would hiss "Meg! Tact" at me. Of course, tell a child who is constantly treated as subhuman that the reason nobody likes her is that she doesn't phrase things nicely enough, and tell her that she needs to use tact but don't tell her how, and you won't have very good results. Guidance counselors would ask who my friends were, and then say I was so lucky and couldn't have social problems (even though they'd seen that I did) if I had four friends. How was I supposed to verbalize in elementary school that these weren't really friends, they were the couple of kids who pitied me? The few who tried not to add to my torture? The mean kids would tell me that the nice few didn't really like me, they just felt sorry for me, and I'd respond "it's the same thing." And it was, to me. They liked me enough to think I didn't deserve to be tormented, wasn't that liking?

More recently, once I figured out that there doesn't seem to be any other reasonable explanation for my problems than an autism spectrum disorder, my mother told me that she considered it once. But when she was in high school, she'd volunteered at a state hospital and worked with an autistic boy who kept taking off all his clothes and twirling his underwear around his finger. And since I wasn't just like that, she dismissed the idea.

I could go on, but the point is that I'm not the only girl who exhibited what would probably today be recognized as symptoms of an autism spectrum disorder, but was never diagnosed just because the differences in presentation between boys and girls are so different and nobody thinks of it in a girl. And I'm not the only one who has recieved a lot of harmful care and inaccurate diagnosis based on that lack of recognition. There are so many assumptions made about so many secondary symptoms, especially in relation to personality disorder. The problem is that the root issues seem to be nearly exact opposites.
And finding a knowledable doctor and getting a diagnosis as an adult seems to be next to impossible-- especially for somebody who is terrible on the phone!

BTW, Piper says hi to the barking pooch!
(Or maybe she says "who are you and why do I hear you barking in my living room?" ..hard to tell.)

Alright, I get a pair of knee replacements in my mid-late 30's and all of a sudden I'm OLD!!!

Thanks for clearing that up, Roy ;)

Thanks for answering my question. I also found the autism discussion interesting, although I think the need for psychiatrists who treat adults to get training in communicating well with people on the spectrum is going to explode, and become a hot psychiatric issue in the next 10 years, but that's just a guess.

I know that when we take our daughter to someone, while a child & adolescent psychiatrist may have extra training there, she's not always going to be a child/adolescent. I would hope that educational things become available to psychiatrists to update their skills as this issue comes up more and more (not that I think psychiatrists are generally incapable of handling say my daughter as an adult, although she "IS very high functioning, but that can make some of it more subtle actually . . .). Anyway, I'm rambling, close to my heart.

You didn't mention ANY movie called Beautiful Boy in your podcast; you mentioned one called Max and somebody or somebody and Max, a claymation based on a true story . . .

As far as the psychology of podcasting and blogs, I kind of went through a process of splitting my main blog at the time into my main, mental health issues blog, a beading/jewelry-making blog (this craft took off about 6-8 years ago and people wanting these blogs want it to be JUST about that, and I was afraid I was turning people off on my main blog when I posted craft stuff too), and eventually a blog that's for all my other crafting that's not jewelry (cause I knit, crochet, weave, rubber stamp, scrapbook, digital scrapbook . . . other stuff, at least I did before I've lost the mojo for doing any of this stuff). It wasn't that much work to do a post to a different blog depending on the subject; after about 2 years of this though I found myself enjoying more the blogs that merged the crafting with their LIFE; I guess you could say I was still looking for crafting blogs, in some ways, but it was more . . . satisfying to read about the whole package. Some people prefer the jewelry-only or such though, without mixing it with other things. So I still don't know what I'm going to do with my blogger blogs; merge them (when the purpose of my main one is emotionally tangled and up in the air? lol), consign them to death, at least the craft ones, or something. My psychologist holds out hope that I'll get interested in creating again; he doesn't want me to just think it'll never happen.

Anyway. RAMBLE lol but I'm like Dinah and Twitter, how do I fit it into so little space (I rarely check or do my Twitter, I wonder why? lol.)

Just listened to the podcast and glad you included autism in the discussion. I work with AASPIRE, a group that does participatory research with adults on the autism spectrum to improve healthcare quality for them since often providers in general, not just psychiatrists, are not aware of issues for adults on the spectrum. Maggie, you should get in touch with the Autism Women's Network--I have found that with many women, they get diagnosed later in life, sometimes at the same time as their child, for exactly the reasons you mention--Aspergers was not official until 1994 and practitioners don't expect to find it in girls, esp when it displays differently than in boys. Several books on topic including "Pretending to be Normal" by Liane Holliday Willey and "Aspergirls" by Rudy Simone