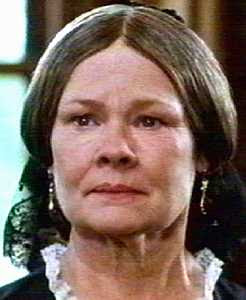 Recently there have been a number of posts on Shrink Rap that touched on issues of what is normal, and do we today treat as illness the vicissitudes of normal human life. And occasionally there are films which also address these themes, if inadvertently.
In Mourning and Melancholia Freud discussed the question of the natural state of mourning and how it resembles, and differs from, melancholia, as depression was called then. I doubt that Freud’s work was on the minds of the producers of Mrs Brown, starring the great Judi Dench, but perhaps it was, as Queen Victoria was still deep in mourning three years after her husband Prince Albert’s death. She kept herself secluded from the public, allowed no happy sounds or colors around her, took no pleasure in anything, had an increasingly irritable nature, and was sad and morose.
Trying to cheer her, her chief-of-staff Sir Henry Ponsonby brought to Balmoral Castle one John Brown, an eccentric Scot who had served the Prince, and whose good report in that regard made her acceptable to the queen. He was to take her riding. John Brown, disregarding all protocol and tyrannizing the staff, gradually became very close to Victoria, so much so that it was virtually a scandal. The queen was called by her detractors, in derision, Mrs Brown. All Parliament was looking to how events in the queen’s life would affect them, and Benjamin Disraeli, the prime minister, visited her in Scotland. Eventually Victoria managed to regain her interests in life and returned to London to both vanquish the opposition that had emerged and retake her role in the center of the Empire.
Curiously, one week before seeing this film I had stumbled onto an estate sale in Georgetown. The house itself had just been sold and most of the furnishings were gone. Among books remaining in the library was a complete edition of the novels of Benjamin Disraeli. I had not realized that the great prime minister wrote novels. Anyway, I passed on it and now after seeing the film sorely regret it. If I had seen the film first...
Posted by Dinah on Thursday, July 21, 2011

Email ThisBlogThis!Share to TwitterShare to FacebookShare to Pinterest
Labels: movies

A member of Parliament to Disraeli: 'Sir, you will either die on the gallows or of some unspeakable disease.'

That depends, Sir,' said Disraeli, 'whether I embrace your policies or your mistress."