Our Fifteen Minutes of Fame! 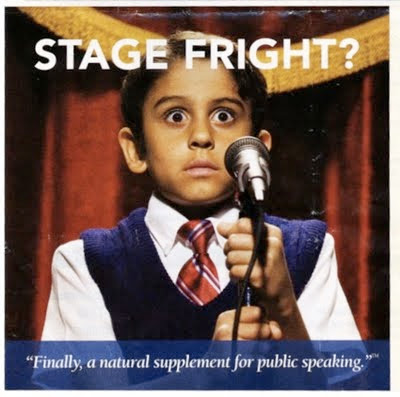 Can I tell you about our interview on NPR?

So the story starts before today. We're shrinks, bloggers, not seasoned media folks, and so it was pretty exciting a couple of months ago when Kathy, the wonder publici 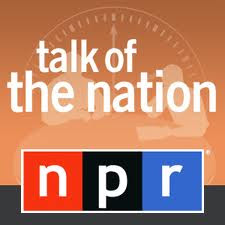 st at the Hopkins Press told us that Talk of the Nation wanted to have us on! Only not ClinkShrink because the call in format doesn't allow for more than two guests, and they could use her at another time for a forensic story. Roy and I chatted, Clink chimed in with all sorts of good suggestions from her years of testifying in court and teaching newbie forensics folk to testify, and Kathy wanted to meet to give us some pointers. There were approximately 243 emails involved. And when we met with Kathy last week, she did let us know that if we messed this up, our book-related interviews were finish. Not that I was feeling any pressure, which always mixes well with that pre-interview anxiety.

I picked Roy up at his hospital. I did this because it was on the way and there was no other way to be sure that Roy would make it on time and that I wouldn't have a heart attack if he didn't show up. We got to Washington early and obsessed about where to park, finally opting to park in the NPR building. There were all these people lined up outside waiting for Popsicles from a truck, which we later learned was in honor of the 40th anniversary of All Things Considered. There were no Shrink Rap Popsicles involved, but in the car, I did hand Roy a 'good luck duck.' I have a whole box of them, in case you ever need any.

So we sign in and we're meeted-and-greeted and escorted to a room where we can listen to the radio, wait, and be nervous. We talk about the characters in our book---we'd been warned they might want to mention them, and I had skimmed the book because these people aren't real, they were just vehicles to make all the facts more palatable. Everyone had hated them but me, but even I had forgotten who was who and who did what, and I'm not sure that Roy ever really knew.

Another gentleman joined us. He looked famous, but what do I know. I asked him his name. Peter Bergen. He looked at me like I'd just popped out of a cave and I figured he was famous so I mumbled abou 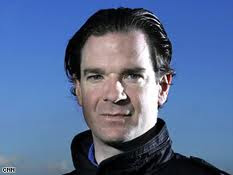 t how I'm missing a pop culture gene. What are you here to talk about, I asked. I guess that was a really dumb question, because in the last two days, Roy and I may have been the only people in the world on the radio not talking about this. "Osama bin Laden," he said. Right. He asked us why we were there and we told him we'd written about psychiatry. What's it about? We both tripped over our words and had no real clue what our book was about. Funny, but when I got home tonight, my husband was watching that same Peter guy on CNN! Amazing.

So Mr. Bergen goes off to meet Neal Conan, we listen to him on the radio, and we scramble to figure out what we say if we're asked what our book is about. Roy thinks I wrote it in an email once and he searches old documents. I start from scratch: "People don't understand what psychiatry is all about and they make all sorts of assumptions. Shrink Rap explains the nuances and logistics of the practice of psychiatry without all the jargo 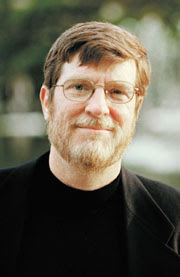 n." Sounds good. Of course, no one else asked what our book was about.

It's like a podcast, and the show itself was a lot of fun. We weren't nervous once we started just talking. I did not faint. I did not vomit. Roy can say the same!

On the way out, I felt like a balloon that had been blown up a little too full and then a pin prick was letting the air seep out. I told Roy that for once he talked more than I did. He said I talked more than he did. We laughed. I let him drive back because my driving makes him seasick.

I check emails. Some nice messages from Sarebear who tried to call in (Thank you!) and Carrie. Barb said we sounded good. One review on Amazon--one star-- and they clearly hadn't read the book. The NPR site already had comments about toxic psychiatric drugs and how psychiatrists don't listen to their patients. Oy, but hey, I've come to expect it. My rant on the subject will be re-posted momentarily .

Kathy called to say we sounded good. Yes!
Thank you for letting me talk about this for way too long!
Posted by Dinah on Tuesday, May 03, 2011

It sounds like an adventure! You guys DID sound good; I waited so long to try to call in because I wanted to think up a question that was at least somewhat "worthy", considering the serious things other people called in about. In the end I deleted my comment about what my question was, because I later felt it was stupid. I hate how I say things and hours later feel stupid about them.

My sis-in-law has had some recent adventures as a fill-in host for a late night internet radio show that's often about the paranormal, called Residual Hauntings, after they liked her guest spot for palm readings so much. (Which are more like telling you about your personality, and not about the future; I was amazed at everything she came up with about me, stuff that she DIDN't know about me despite being my sis-in-law.) It's harder than it seems, being on radio!

Did miss Clink but now I understand why, so if/when they put her on in the future, I'm sure you'll let us know!

The only thing we were missing was the chili and beer. Maybe we can invite Neal to our podcast one Sunday.

Dinah, I don't want to rain on your well deserved shining moment but why do negative comments bother you so much?

And this isn't just an issue of people who hate psychiatry. When there was a blog entry that resulted in commentators on this board who are clearly not anti psychiatry posting about negative psych hospital experiences, you seemed to find that threatening.

One of the comments on the NPR board was by a psychotherapist with 30 years experience who spoke about people being told they had to stay on meds for life. That was the message I essentially received as I got off of them due to horrendous side effects. Many people have similar stories as we're not making this up.

Just so you know, I don't hate psychiatry and I think alot of doctors in general are guilty of not listening to patients and engaging in practices that cause harm.

Anyway, congratulations on the interview and good luck with the sale of your book.

Hope you had fun. It sounds like you did.

Thanks for the summary of the interview, Dinah. Loved hearing about your pre-show jitters and not recognizing the other guest, Peter Bergen. I listened live yesterday and thought you and Steve/Roy handled the interview well. I wonder how they screen calls; I noticed all the on air questions were from male callers except the first one.

Is there a reason your book isn't offered in Kindle format, btw? And
do you have more book promotion planned?

I listened ;) You guys sounded great ;D I, too, live in a cave and have no idea (even now) who the Peter fellow is. [I'll ask my husband. He knows everything. In fact I asked him who Justin Beiber was just two days ago..]

Yes - you sounded great. Also enjoy reading about pre-show jitters. And I plan on reading your book soon as I stop being cheap (should be any second now).
^^

1. I do not know who Peter Bergen is even though I listen to an hour of NPR news going to work and an hour of NPR news coming home. I might have been flustered and imagine I ought to know him if he were sitting in front of me expecting to be recognized, though.
2. DON'T repost your "rant"! I do not think it fits who you "are" on your blog and in your book. Read it out loud to your husband and friends, but you will be better off in this time of book promotion if it is buried indefinitely. It is not professional enough to post here. It is time to develop "a thicker skin" (as you mentioned in an earlier post you must at times do as a psychiatrist) about blog critics and book critics.

I will listen to the program this evening. I wish I could have "been" there.

The negative comments would probably bother me too if I was passionate about my career and desperately wanted others to understand it. I imagine the stereotyping is what gets really old. And particularly those that don't get it.

My husband happened to be listening to Talk of the Nation and heard you guys and told me all about it at dinner that night and that I would like the blog, which of course I've tried to tell him about before and have been following for years. :)

I'm listening to you guys as I write this... Great, great interview.

I'm looking forward to reading the book (whenever it comes to Canada)?

Sorry. there should NOT have been a question mark there - oops!

Hey, thanks everyone for the kind feedback!

I really don't take the negative stuff personally, but there is that occasional moment when it comes at me in clumps and I feel annoyed by it. And you all know, I like to rant!

You both sounded very relaxed and comfortable in front of the microphone. I thought you covered a wide range of topics covered in the book to pique interest, and handled questions well.

I think ALL psychiatrists have a right to feel angry about the negativity hurled at psychiatrists. You are taking the "hit" for all psychiatrists because you are accessible. The anger does not have anything to do with you personally. It is misdirected. I don't blame your reaction at ALL. This just might not be a good time for that posting. You generally do roll with the punches.

We'd all better get a positive rating posted on Amazon and B&N pretty quickly so that we can rescue you from the "1".