One Of Us: Physicians Who Kill 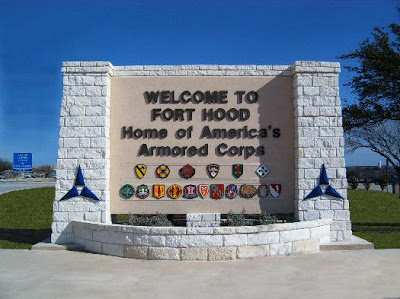 "I have already said that if you kill a doctor, all the doctors are instantly on your neck. But what if the man who does the killing is a physician himself? That complicates the situation most damnably..."

---Foursquare: The Story of a Fourfold Life by John Oliver

I've been reading, along with everybody else, the story of the Army major and psychiatrist Dr. Nidal Hasan who killed thirteen people in a spree shooting at yesterday. Let me say first that I've never met Dr. Hasan and know nothing about him; I have no particular information or insights about this offense beyond what I've read in the media.

The CNN article today interviewed two of Dr. Hasan's patients, who both said nothing but glowing things about him and his care. I've blogged about spree killers before ("Shooter Psychology") but this case is different. It got my thinking about the general issue of physicians who kill.

Physician killers are certainly a relative rarity, but they are not unknown. Dr. Jack Kevorkian is probably the most famous here in the , but in the there was the case of Dr. Harold Shipman. Dr. Shipman forged the will of, and then killed, several elderly female patients. Then there was Michael Swango, a serial poisoner who killed his patients specifically so that he could take credit for his heroic "resuscitation" efforts. As far back as 1920 Dr. John Oliver wrote about an anonymous psychiatrist colleague who killed another physician and was found legally insane. The quote at the start of this post is from Dr. Oliver's autobiography were he discussed the case. For anyone really fascinated by the topic, I refer you to the book Demon Doctors: Physician Serial Killers. I haven't read it myself so I can't vouch for it; feel free to write in reviews.

But I digress. Getting back to what happened at , the news reports don't indicate anything to suggest that Dr. Hasan was psychotic, motivated by greed or financial gain or out of a need to be a hero. He wasn't an infantryman who had been exposed to combat and who might have been terrified of going back to a traumatic environment. He was educated and presumably in a better financial and social situation than most of the patients he treated, unlike many of my murderer patients who have burned multiple social bridges prior to the killing.

Posted by ClinkShrink on Friday, November 06, 2009

Good post, but it's important not to make statements like your remark above about "psychiatrist Dr. Nidal Hasan who killed thirteen people in a spree shooting at Fort Hood yesterday."

Dr. Hasan is ACCUSED of the killing, but he remains innocent until proven guilty, under our system of law.

There was considerable and quite understandable confusion yesterday--others originally thought to be involved were taken into custody then released, he was said to have been killed himself but turned out to be alive though wounded, and now there are reports that at least some of those killed might have been killed by the crossfire of military police rushing to the scene.

Saying, "...Dr. Jack Kevorkian is probably the most famous [killer physician]here in the United States" is like saying all the vets who help our pets die dignified deaths are commiting mass killings of our best friends.

Helping someone die because their life is intolerable to them, or they are in unending pain that cannot be helped, or they are sufferring intensely with no hope of recovery is much different from a mass murderer/killer for many reasons; Intention for example.
..aqua

As if we psychiatrists did not have enough trouble with the media. This is really going to create a stir. I know that many people believe that those who go into the field of psychiatry are a little crazy themselves. Perhaps they are right?!

Clink, thank you for writing about this topic. I was wondering when it was going to be mentioned on a psychiatry blog.

Dr. Henderson, now you know how people with a mental illness label feel when someone who has one commits a crime. It is automatically assumed that all people with mental illness are criminals and should be medicated into oblivion.

Philip Dawdy has an excellent entry on his blog about this:

"Often, when a person in the mental health system loses it (for whatever reason) and commits violence, Torrey and the fine folks at TAC are quick to post (anonymously, of course) on their blog the details of the crime and to use it as a springboard to argue for forced outpatient commitment and forced medication for people diagnosed with serious mental illnesses and play their vomit-inducing game of arguing that bad behavior by one person diagnosed with schizophrenia, say, proves that pretty much anyone with a "serious mental illness" needs to be medicated into the ground.

Now, that a psychiatrist has blown away a bunch of outstanding Americans what does TAC have to offer on its blog? Silence, the telling kind. The kind that says they are hypocrites because Hasan clearly had psych issues (whatever his political and religious issues with America may or may not have been) and yet he did what he alleged to have done. TAC should at least say something. Silence.

What does the American Psychiatric Association have to say? Nothing. It's silent, too."

Anyway, I sarcastically said on another board that all psychiatrists should be rounded up and medicated to the gills. Of course, that is absurd but no more absurd than the position by the treatment advocacy center and people who share their views.

Your post title implies that at least one of you three is a physician who kills . . . . doesn't it?

I haven't had the tv on anything other than tivo'd shows for a week, so I haven't seen any news, which may be a good thing, altho I've heard bits on the internet since yesterday afternoon/evening.

Horrible. And, for those already with trust issues and psychiatrists, this just makes it harder (especially if they overgeneralize, like I do.) Wait, I have trust issues w/psychiatrists . . . . .

Anyway. My first wierd thought upon hearing it was, did he ever treat any of those men that I think shot people around there and had come back from combat arenas shortly before they did so, a couple years back, and could he have affected them?

That was just a wierd thought I had, but I might be thinking the wrong base/area.

I'd also like to defend the compassionate Dr. Kevorkian whose only sin is being ahead of his time.

I'd also simultaneously like to defend the rest of the medical and psychiatry profession. Neither the mentally ill nor the psychiatrists are "one of them" ( a murderer) unless they, too, kill.

He is human and humans are flawed.

To other commenters:
No, it's perfectly reasonable to refer to one of your professional colleagues as "one of us." And yes, it's a surprise when stuff like this happens.

I note that one of those killed at fort hood was a Prescribing Psychologist. He was killed by a Psychiatrist. Coincidence; i think not.