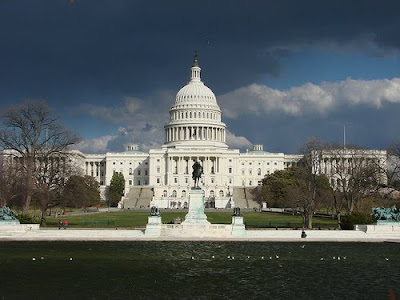 The times they are a-changing....

Next year, the new parity laws for mental health will go into effect: health insurance must cover mental disorders the same when it covers other medical illnesses, without limits on visits, or higher co-pays. It remains to be seen how this will play out-- my fear has been that the response might be to simply eliminate mental health benefits from insurance policies. From the American Psychological Association (sorry, it was a pdf file so there is not a direct link) on the Wellstone-Domenici Parity Act of 2008 :

The Paul Wellstone and Pete Domenici Mental Health Parity and Addiction Equity Act (The “Wellstone-Domenici Parity Act”) will end health insurance benefits inequity between mental health/substance use disorders and medical/surgical benefits for group health plans with more than 50 employees. Under this new law a group health plan of 50 or more employees that provides both physical and mental health/ substance use benefits must ensure that all financial requirements and treatment limitations applicable to mental health/substance use disorder benefits are no more restrictive than those requirements and limitations placed on physical benefits. This means that equity in coverage will apply to all financial requirements, including lifetime and annual dollar limits, deductibles, copayments, coinsurance, and out-of-pocket expenses, and to all treatment limitations, including frequency of treatment, number of visits, days of coverage and other similar limits.

We don't know yet how this will play out...I hate that little clause "...that provides both physical and mental health/substance use benefits..." because it's left as an option. Would we tolerate a health insurance plan that excluded pneumonia or cancer? And it would be so nice if one could see a psychiatrist without pre-authorization (do you need pre-authorization to go to the doctor for your back pain or headaches or fever?) but my guess is that won't play out, since surgeries require pre-approval in many plans.

The New York Times has an optimistic piece on upcoming parity. Leslie Alderman writes in "In Anxious Times: Help for the Mind as Well as the Body:" Alderman writes:


The law’s changes can be good and not so good. Good, because you might have access to more care. Not so good if there are new requirements, like getting precertification for coverage, that place additional barriers to getting treatment, says Kaye Pestaina, vice president of health care compliance for the Segal Company, a benefits consulting firm.

“Employees should make sure their employer provides information to them about any new medical management rules,” Ms. Pestaina said.

Okay, so the House just passed the President's Health Care Reform bill (all 1,990 pages of it). What might this mean for psychiatry and how will parity play out in a newly-insured American?
Posted by Dinah on Sunday, November 08, 2009

Payers that retain benefits for mental illness and substance use disorders will almost certainly raise premiums. And if my company has 50 employees, this will be another reason to lay someone off and outsource.

Moviedoc: I think the extra cost will be passed to employees the way rises in insurance costs are handled currently.

It sounds great to me that mental health visits will not be limited and not too daunting to go through a GP to get to one. It does concern me that mental health coverage could suddenly be eliminated by most insurance companies. Surely congress would then amend the current law. Perhaps the Senate will catch this problem/

it was only two years ago that our insurance allowed 42 visits a year. Before that, it was alot more limited. Before last year, the company ate the increasing cost of health insurance premiums, especially for the merged company employees from the companies that merged into the bigger one. Last year, though they explained they had done that for us and that they couldn't do that this year so last year our costs went up. Looks like they go up again, probably.

At the moment my more immediate concern is that we're supposed to be choosing our next year's benfits options this month, and we still haven't received the package in the mail. Ugh!!!

Yes, there's a website, but a certain amount of coordination with printed matter helps. I'm wondering if they held back because of the votes on those particular issues . . . . . . and that the ins. co had the cost numbers figured for what they were going to charge depending on which way the vote went, they just need to print out and slip that last page in the packet to mail out . . . . .

I dunno. I'm just REALLY concerned when things are like 1/3 of the way through benefits month and there's no frickin' mail on it lol.

I really appreciate you guys posting this stuff though, it really helps keep us informed, I just have too much medical going on to research it on my own, which is dumb, because this is an issue I SHOULD be looking into on my own and know as much as I can, but I just have too much going on.

It's sad, all I'm gonna ask for Christmas is money to pay Dr. bills because I don't want to enter the new deductible year with too much in debt from before we met the deductible this year, and I'll be lucky if I get $50 from the in-laws. I'll probably get $150-$200 from my parents though, if I'm lucky, so that'll help.

I'll probably use my birthday coming up after the new year the same way, and will likely end up with $60 from in-laws and hubby's sibs, and $90-100 from my family.

I was thinking just today, that the operations I'll be having, and all this medical treatment, and mental health treatment as well, isn't it ultimately to improve the quality of one's life? Well, I'm sacrificing basically the only life I've got to live, the few celebrations that are in it, in order to pay for said treatments.

As I've said before, my support system is very small. I don't consider my in-laws or hubby's siblings much of or really any kind of a support system; 15 minutes is "too far". That's been said to my face, when we've been at their houses, for celebrations, or just dropping by to say hi, etc.
And then they've continued on as if we're the bestest friends (as long as we're in front of them) and then the door . . . shuts.

I mean really, if it's too far, how far do you people think we just drove to get to your house? Throw another pitcher of water in my face, why dontcha? C'mon, you seem to enjoy it!

Geez. So, that's why I don't think a whole damn lot of my in-laws. One reason, anyway.

I say it here, because my husband thinks I hate them, which I don't, but he DOES read my blog.

Anyway. Guess I'll be talkin' anger this week with the therapist. There's alot of it to go'round, sorry to vent.

What might this mean for psychiatry and how will parity play out in a newly-insured American?

Why it will be a golden age for Psychiatry: mass reinstitutionalization and millions of new patients.