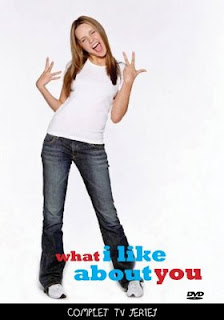 As I've aged -- ripened, mellowed, whatever-- I've gotten more emotional and effusive.  At least I think so-- Roy? ClinkShrink?  They've known me for a while.  I used to hold it in reserve when I liked someone, and in recent years I've been much more likely to tell people what I like about them, what wonderful friends they are, how much I treasure them.
It's not the usual thing to do in psychotherapy, at least I didn't use to think so.  There's that whole blank screen thing and the psychoanalytic influence that makes it a no-no to say I Like You. We're supposed to look at what the patient brings, and if they wonder how I feel about them, well, more grist for the mill, so to speak.
People come to therapy hurting, sometimes injured or even damaged, and often feeling badly about themselves.  They nitpick, they blow their faults up, they talk about their strengths with ambivalence.  Oy.  And sometimes they're right about their faults, but last time I checked, I couldn't locate the perfect person and everyone has  a few.  I'm told I talk too much.  So what, who cares?  So I talk too much and my hair frizzles ...it's who I am.  Psychotherapy isn't about fine-tuning people into perfection, but sometimes it is about helping them to become more comfortable with the imperfect person they happen to be.
I've taken to pointing out to patients some of their finer points.  I don't usually tell people I like them, but I do sometimes tell people that they're likable (this means I like them) or that they have a good personality.  Sometimes I list their strengths-- you're bright, creative, intuitive, thoughtful, considerate, you have high moral standards, a great sense of humor, and the list marches on.  I don't lie and I don't comment on peoples' physical appearances (-- hmmm--You're a great person despite that wild head of frizzly hair...I don't think so!).
People come to therapy feeling vulnerable.  I hope it helps to counter a negative focus with a some reality cues-- most people aren't all bad.  I also think people sit on the couch feeling pretty vulnerable, and it helps to know that a therapist doesn't see them as a miserable creature.  Most patients seem comfortable with this.  Occasionally I have to be careful-- a compliment is heard a negation of someone's feeling-- as though I don't believe they are as bad as they want me to believe, as though I'm not really listening or I'm arguing.
I do my best.  I'll stop talking now.  And if you want the music, try THIS.
Posted by Dinah on Wednesday, July 02, 2008

Email ThisBlogThis!Share to TwitterShare to FacebookShare to Pinterest
Labels: psychotherapy

Your love for your job and your appreciation of your patients really shines through here.

Very nicely written post. And, this is something I find helpful, and sometimes I even find it surprising. I find I am so down on myself at times that I completely forget that anything good lives in there. I remember one time my psychiatrist saying something positive about all I had accomplished, and I was surprised. I often feel like everything I touch turns to crap, so I guess I forget about the good things I've done in my life. It's nice to hear that reminder from time to time, especially from someone I look up to.

My psychiatrist has never listed my strengths that I can recall, but he's given me a few really great compliments that carry with me for long time period. One session he told me that when he's in a session with me he feels that the best IN HIM is brought out...that he is more insightful, has deeper understanding, is more intelligent, more has empathy than what he has with most patients. He also has told me a few times that he feels that every session we have is worthwhile because I take what we discuss and fully inhabit it and work it around in my mind and my feelings and explore every aspect of what we discussed then return with thoughts, feelings, reflections on our last interaction.

One day I wanted HIM to know how much he means to me which I felt might be inappropriately too much. I struggled to get the words out, but he made it ever so easy on me because he reflected back that it's OK to feel "love" in this sort of situation. Though he was talking about my feelings for him it also seemed he was talking about his feelings for me, though I am sure it's a platonic love. (I'm a straight female and I heard accidentally, 6 months ago through a mutual acquaintance, that he is gay.) We just are really, really connected in an amazing way and that in an of itself has sustained me emotionally when I was having a hard time surviving. What is scary from the perspective of being a paying patient of his is that I am MORE connected to him than to anyone in my life, and more than to anyone I feel likely to ever meet or be friends with.

Thanks for the many kind words you've had to say to me - most recently in the PodCast. They were truly appreciated.

Careful though, I always was a monster of arrogance and ego, and I've gone up two hat sizes recently.

On another topic... I think this person is going to need a lot of help. It's hard enough when the change is in the right direction.

I don't know why this is so complicated for so many doctors.

I loved this post. As a patient I want very much for my therapsit to like me. He has said so, although we always examine why I need that affirmation. The other side of this equation is care. I want my therapist to care for me. He said he can't help it and I think just knowing that has made me feel safer to share things with him..just some thoughts....

Thanks for the nice words.

What a great post. I'm printing a copy of your post, and I'm putting it up at the nurses station. It's a very insightful reminder about what we do as mental health professionals. You rock!

I agree completely. I frequently find myself pointing out positives, especially as I encourage my patients to correct their distortions. It seems to lead to a much more satisfying experience for both. I find that the process is more enjoyable and productive when I am able to find something "that I like about" each of my patients; fortunately, I usually am able to do so.
Thank you for such an open and touching post.