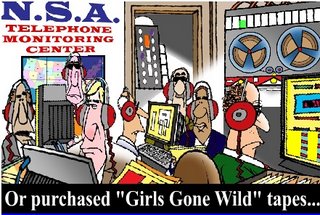 Sokoto evacuates lunatics from streets: It's interesting to see that, while some in the US and other developed countries debate whether folks with mental illnesses should be called patients or consumers or clients, there are other countries which use more quaint terms.

Botox smiles on depression: "A small-scale pilot trial, published in the May 15 journal Dermatologic Surgery, found that Botox injected into frown lines around the mouth or in forehead furrows of 10 women eliminated depression symptoms in nine of them and reduced symptoms in the 10th." And in a related story, researchers report successful treatment of epileptic seizures using botox injected into every muscle of the body.

Wellbutrin approved for Seasonal Depression: I expect now to see tons of Wellbutrin commercials every Thanksgiving... " 'Tis the season to be jolly..."

A most excellent cartoon...

So now you're telling me I can only be depressed when it's in season??

too bad, so SAD. Good thing I don't live in Seattle or Alaska.