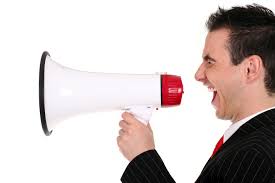 Over on the Clinical Psychiatry News website,  I  have posted the testimony I gave at the legislation hearings in Annapolis on Friday.  It's a open letter to any legislator, in any state, who is thinking of following suit after New York's SAFE Act which requires mental health professionals to report patients who may be dangerous.
Posted by Dinah on Tuesday, March 05, 2013

That was a good example of what could happen with the law involving the teen.

Here is my example, that I think will be equally devastating. Suppose you work in a community mental health clinic, and a 30 some year old man comes in for an eval. He has no prior psychiatric history, gives vague nondescript complaints about disruptions in mood and anxiety, is non committal about inquiries into any suicidal or homicidal thoughts, and during the evaluation process constantly interrupts and interjects comments about accessing controlled substances, trying to use catchphrase terms and descriptions to claim ADD, Panic Disorder, sleep problems, and even tries to feel out if the provider treats pain.

At the end of the eval, the patient is obviously discouraged if not even outraged that you are not biting, and not noting a willingness to prescribe a controlled med. Once the provider has repeated the position and advised the patient start participating in active therapy for at least 3-4 visits and then reconsider any documentable psychiatric issues warranting psychiatric meds of impact, the patient then stands up and tersely says "F--- you, if you won't help me, then I'll just get my gun at home and start shooting people and maybe even myself", and then storms out of the office.

So, what do you do, he has voiced a threat to at least harm himself, voices an intent, and has come in claiming some psychiatric need to prompt the eval in the first place?

While it seems there could be a characterological basis to some if not most of the diagnostic picture, you have to err on the side of caution and notify the police of the risk, per this new legislation that NY and soon to be in place here in MD, so you call the cops and honestly report the interaction.

They in turn show up at the address the patient gave at intake, and he is at home when they arrive, an open beer on the coffee table, and he is quick to take exception at their arrival. Words less than appropriate for talking here in the living room of these blog authors ensue, and he threatens to go get his gun and shoot the officers, so is taken to the ER, because the point of the police involvement is originally for a mental health matter, and so they err on the side of caution, and minimizing the police report, by getting a psych eval at the ER.

Well, for the sake of space, he is less than cooperative but makes choice comments in the ER that gets the ER psych staff to err on the side of caution and admit him to the inpatient unit for a 72 hours assessment, and in the next 24 hours, this "psych patient" covertly sexually assaults a female patient, then steals psych meds from other patients, and then overly punches a staff member in the face after being refused the opportunity to go out for a smoke.

My point? This is the average day in the life of most inpatient units up to now, not involving the gun legislation enforcements that MANY psychiatrists, who are either lazy or just too frightened to buck the system, would do otherwise after the patient stormed out of the office at the beginning of this vignette.

So, the teen getting screwed for his adult life is terrible. But, for the forced involvement in our professional lives of more antisocial, sociopathic, and just plain uncooperative characterological patients who are more likely to own firearms, this legislative assault on psychiatry should allow us to commit the Maryland Legislature to Springfield, Spring Grove, and Eastern Shore Hospital Center for the coming disruption on mental health care for the State.

Who knows, we might be saving them from outraged citizens who might take up arms and take the law into their own hands! Oh, I forgot, that is what the legislature is already doing!!!

Dinah, your testimony was to the point and right on target. Cogent and thoughtful. Thank you.