Guns & Legislation: I wish the world made sense 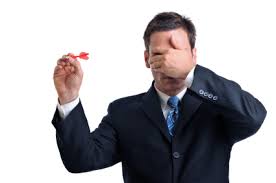 The school shooting in Newtown three months ago has ignited state legislators to propose lots of new legislation.  What it did not ignite legislators to do is to think about what goals they wished to achieve and how to go about making meaningful changes.

The first question that should be asked before writing gun legislation is this:

Suppose you want to prevent spree killings.  These are rare events, with very similarities.  It's really hard to target legislation at rare events.  We know a few things about high profile spree shooters: they tend to be young --mostly under 30, but not exclusively-- and all are male.  There has been no legislation proposed that would target males, but keeping guns away from men might stop spree killers.

Okay, so there are dangerous mentally ill people and we know this.  Legislators in Maryland have decided that anyone hospitalized for 30 days or more should be reported to the FBI's database to prevent future gun purchases and to revoke current firearms.  I don't believe any of the high-profile mass murders have been committed by anyone who has been hospitalized for 30 days, so I'm not sure where that idea comes from. And I am opposed to reporting voluntary patients to an FBI database because I worry this will discourage people from getting care.

In Maryland, we can add to our knowledge the fact that a high school student came to school on the first day prepared to kill a cafeteria full of kids. He used a parent (or step-parent's) firearm, and was tackled by a faculty member.  He shot one student, a boy with Down's syndrome, who survived and has since returned to school.  The shooter was reportedly depressed, told other kids he was going to do this, and posted on his Facebook page that this was the first day of school and the last day of his life.  He did not  have access to a high-velocity firearm, he used a shot gun, and perhaps that fact limited the number of wounded.  The 15 year old shooter, by the way, was sentenced as an adult to life in prison, eligible for parole in 35 years.  I, for one, think we need to use this an example to chip away at teenager's "code of silence" that keeps them from talking to adults about dangerous behaviors in their friends, whether it be drunk driving or school shootings.

So we know that some shooters have used assault weapons (Newtown and Aurora, for starters).  In Maryland, the legislature has backed down on banning assault weapons.  We know some shooters, including the one in Newtown, used legal weapons owned by a family member.  None of the legislation proposed addresses guns owned legally by family members of those we don't want accessing guns.  And all of the legislation that targets people with mental illness targets those who have been in treatment, even though the majority of shooters have not been in on-going psychiatric care or have ever been hospitalized.

It's like our legislators have walked into a room with  blindfolds on and just randomly started shooting, hoping they hit some target.
Posted by Dinah on Wednesday, March 27, 2013

Excellent blog, Dinah. The legislators are reacting to a political situation rather than truly examining the issues and clarifying what they want to achieve, and they have the NRA watching them.

You wrote: "It's really hard to target legislation at rare events." True. All of us who go through airport security know that the decisions were made to subject everyone to some relatively small inconvenience to deter another 9/11.

You describe well the difficulty of solving the current problem. We all know there will be another Sandy Hook, but it will likely not be at a school. It could be most anywhere. That is part of what makes it such a difficult problem to solve.

Hi guys, Your Libertarian bete noire is back. My RSS feed broke. My vacation was nice. How was yours?

The State wastes no opportunity to increase the scope of its power. This is particularly so when bad people kill innocent citizens. The irony is that the innocent suffer (in the form of loss of Liberty) and the bad people shrug and go about business as usual.

Remind me again, what's the substance that's used to pave the road of good intentions?

Mixed my own damn metaphor (not enough coffee)

The question should read: What is the substance used to pave the road to Hell?

Rob:
Gold and Good Intentions. Welcome back, I thought surely Dr. Frances' guest post might have inspired you.


Perhaps we could do a careful analysis of what we know about the spree shooters and target any legislation to address what went wrong, while admitting that we are somewhat powerless to alter these shocking, and unpredictable events. In Virginia, they did a thoughtful analysis of the VA Tech shooter's life, spoke to family, therapists, teachers, going way back, traced through where they system failed and tried to make informed changes. The report is online.

Then maybe we could look at gun deaths in general and figure out a balance of civil rights versus keeping everyone safe. Assault weapons as a right and necessity loses it for me. Banning felons and those who are dangerous (mentally ill or otherwise) would be fine with me. Maybe we need a way to remove firearms temporarily from those who are involved in barfights or who have restraining orders taken out by romantic partners, pending more careful assessment?

Finland has had at least two prominent spree killers in the past ten years, both were school shooters. That's quite a lot for a country that has only six million citizens. Both used ordinary hand guns. The death tolls were 8 and 10 people, mainly students. Neither was "mentally ill", as far as anyone knew.

So acknowledging that banning "assault weapons" doesn't really prevent this sort of thing (it only prevents effective resistance to any tyranny that might arise in the future), the simplest way to prevent these mass tragedies would be to allow and teach people to defend themselves. A simple concept but hard to implement because people are lazy and don't actually care about their safety until circumstances force them to admit that neither God nor government protects them if they aren't willing to put some effort into it themselves. Just being nice and politically correct doesn't mean you're immune to crime, it just means you're an easy target.

So teachers should have guns and training. Everyone above a certain age should have guns for self-defense and training. Kids should have small guns suitable for kids. Babies should have full body armour and that armour should have robotic guns controlled by an AI. I'd also be happy with the compromise that that were limited to adult women: men and babies wouldn't have guns, neither would small children. That could be tried. If women turned out to be worthless as protectors, then the laws could be revised accordingly.

Of course, making suicide easy through painless, risk-free, and inexpensive euthanasia would probably prevent a lot of these things as well, as well as tens of thousands of very sad failed attempts per year where the people who attempted to kill themselves became paralysed or whatever, essentially trapped in a hell on earth.

But legislators being psychotic zombies, like the people who vote for them, you can't expect any of that to happen (except the babies in body armour thing, that's inevitable).

Yes, I enjoyed Dr. Frances' post, Dinah, thanks for including.

Small quibble. The State doesn't grant rights. It only secures them or takes them away.

Another thing we seem to be happy to let the State do is stigmatize the so-called mentally-ill and get them away from us. Not because they're dangerous - that's a ruse and a dodge. It's because they bother us.

P.S. The Aurora shooter didn't choose the nearest movie theater, nor the largest, which was as near as the one he chose. No, he chose the single one that didn't allow guns on its premises. Funny that. It's almost like it wouldn't have happened if he hadn't been confident people wouldn't be able to defend themselves.

DO SOMETHING!!! Yep, that's why there are these dumb new laws/proposed laws that won't fix anything. They give the ILLUSION of doing something, which is good enough for politicians.

Rob, the substance is charoset.

Are attentive and responsible citizens really surprised how devoid of stellar character and appropriateness our alleged leaders are these days, irregardless of party zeal and extremism?

Just remember this, the Nazis went after the mental health population first in the quest to cleanse their society.

History is an endless loop, eh?

Happy Passover, by the way. As Jews, we are used to the repetitiveness of being discriminated, attacked, and resented. Think those of us who work in this profession and are Jewish would have less tolerance for the flagrant bigotry, against mental health at least, amongst us in our elected representatives.

"Another thing we seem to be happy to let the State do is stigmatize the so-called mentally-ill and get them away from us. Not because they're dangerous - that's a ruse and a dodge. It's because they bother us."

Yes, and I would be bothered if my psychiatrist started asking me about firearms. I am female, and therefore more likely to suicide another way. Secondly, middle aged women aren't exactly at the top of the list for risk of committing mass murders. So, if my psychiatrist were ever to inquire about firearms then I would know it had more to do with his personal political views than my safety.