This Week In The News 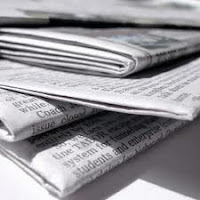 There are a lot of stories in the news lately that have a forensic connection: the disgruntled noncustodial father who blew up his house (and kids), Madonna's stalker who eloped from a psychiatric hospital, a recent legal decision out of Georgia about assisted suicide, and an inmate with gender identity disorder who may be the first to get a state-sponsored sex change operation.


The Georgia decision has personal relevance since it means one of our retired local doctors won't face murder charges for offering advice and encouragement from a distance to someone who died of suicide there. The Georgia Supreme Court decided that the law banning suicide in that state was unconstitutional since it barred mere conversation about the issue separate from any act of aiding a suicide. As such, it was an unlawful infringement on free speech. It's hard to believe that it's been five years already since the first time I've blogged about this topic and fifteen years since the US Supreme Court said it was OK to ban it. Over half the country has laws against it now, but I don't know how many, if any, could be at risk because of the issue with the Georgia statute.


The story about the inmate with gender identity disorder (found thanks to my friend Lorry Schoenly's twitter feed---thanks Lorry! please follow her) also interests me because it's an emerging issue in the treatment rights of prisoners. Specifically, prisoners with gender identity disorder. We've talked about gender identity disorder before on podcasts number 20 and 21 (which included an interview with Dr. Chris Kraft about evaluation and treatment), respectively. I blogged about the history of right to treatment for prisoners here, but there's been one significant change since that 2006 blog post: courts have decided that gender identity disorder does constitute a serious mental disorder which requires treatment. What the courts are arguing about now is whether that right to treatment includes sex change operations. The state of Wisconsin passed a law to ban use of health care funds for this, but that law was overturned as unconstitutional. Prisons are required to continue hormone therapy if it was being prescribed prior to incarceration, though.


Separate from the issue of treatment, GID prisoners don't have a right to dress in opposite sex clothing or to have access to makeup. They don't have a right to be housed in a facility consistent with their gender identity. (Female prisoners sued, and won, cases alleging invasion of privacy when male-to-female GID inmates were housed in a female correctional facility.)


So that's where we are on the GID inmate front. Regarding the Madonna stalker, well, I have some personal experiences with psychotic stalkers but since I don't blog about specific patients that story will go untold.


That leaves the child murder story. Ugh. No thanks. I've seen these cases, they're awful, I'd rather not dwell on them. I'm taking a personal pass.
Posted by ClinkShrink on Friday, February 10, 2012

I will touch on the GID case. Hopefully I won't get nailed to a cross here, but what are we looking at as far as precedent setting? Will sex-change on the tax payers turn into BDD patients getting breast enhancements and plastic surgery? I forsee that turning really ugly considering that a majority of those in favor of "throwing away the key" are actively against gender issues and psychiatry, in general.

I don't understand how she could still be in prison after 32 years and have another 37 years to go for robbing 3 banks with an unloaded gun at 18 for the purpose of getting money for a sex change operation. Who gets 69 years for bank robbery with an unloaded gun? It's 10 years around here with parole after 2/3 of your sentence is served. That's the most outrageous part of the story if you ask me. Why don't they just release her and be done with the issue? She's done enough time already.

I realize you used the example of BDD to illustrate the issue of slippery slope, however the proper treatment of BDD would not involve the use of plastic surgery. Sufferers may seek it independently, but it is counterproductive as a treatment.

What does the guy who may have killed his wife, then blew up himself & his kids, have to do with psychiatry? Okay, I guess there's a "may be" in there but shouldn't that go on an Evil blog?

Anon Anon: According to this the sentence for armed robbery in VA is a minimum of 5 years per offense, so consecutive sentences would account for 15 of the 60-some years. People rarely get charged with only one crime per offense though, so he/she is also likely serving consecutive sentences for the lesser included charges: first degree assault, possession of a handgun, etc. Also, Virginia abolished parole several years ago. Just guessing on my part though, I don't really know the whole story.

Spritz: No cross nailing here, at least not by the Rappers. No, this isn't the leading edge of a slippery slope. Courts establish mandatory minimum criteria and are never going to be in favor of cosmetic-only interventions. I even doubt this means that every GID inmate would be entitled to surgery. The WPATH treatment guidelines even state that surgery is not necessary for every case of GID. The bigger question for me is, if courts start ordering surgery will more GID prisoners start mutilating themselves to 'prove' the need for the procedure? That's more of a concern for me.

Dinah: Ugh, yes I think suicide has something to do with psychiatry. No, I don't think it means the dead person is evil. Even if he takes someone with him. To me it just means something truly awful has happened.

That kind of sentencing seems like cruel and unusual punishment to me. Leaving her to be raped repeatedly is as well. We don't have consecutive sentencing here in Canada. They're concurrent. I knew a guy (one of my karate instructors), who robbed 27 banks and got 10 years. He was out on parole. (Hey, you want someone with real life experience teaching you karate, right?)

As history shows,nothing created by man is set in stone. That includes legislation, guidelines, and even the constitution. As society changes, so will these society-based ideas.

Outside of the GID, if mutilation works, what is to prevent other desperate individuals into performing self mutilation even in a failed attempt to have their needs met? I work on a macro scale, so putting a lot of emphasis on a small group or on individuals isn't my strong area. It is an interesting topic though.

In fact, the whole blog is rather interesting. I am still not sure how I ended up here. I had a friendly disagreement with our dept. shrinker over one of my projects and in the attempt to prove my point, I went from one website link to another and another, got to APA, then to their facebook page and found a different topic of interest there, then an interesting comment with a link, then another, and another, and then I got here. Saw your book listed. Our dept shrinker is getting one for his birthday because thanks to his snarkiness, I found an interesting blog. And if he is watching the blog comments, I suggest he still act surprised to get the book. Good job to all three of you for coming up with interesting topics. I have gone through many of them and wished I had not missed out on some of them.

The very notion of an evil blog........... or a blog about evil. Wow, just wow, don't even go there without some serious major league backup.

Anon Anon: Yeah, that's the kind of sentencing you see outside of Virgina too, at least in my experience.

Spritz: Thank you for the kind feedback! And for buying the book too, of course. Hope you found something useful here.

HC: An evil blog? Yes, and imagine the trolls!

Anon Anon: Yeah, that's the kind of sentencing you see outside of Virgina too, at least in my experience.

Spritz: Thank you for the kind feedback! And for buying the book too, of course. Hope you found something useful here.

HC: An evil blog? Yes, and imagine the trolls!