The End of the Stories: Patient C 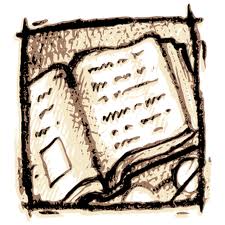 Patient C was held in the booking area in a cell by himself. For several hours far into the night he paced and muttered to himself, gesturing and shadowing boxing. The jail psychiatrist tried to pursuade the booking officers to help administer emergency medication but they refused, citing lack of man power and the amount of bureacratic paperwork that would have to be done in conjunction with any use of force incident. Officers finally had to enter the cell when Patient C began punching at the door, rattling the door of the feedup slot with enough force that it dropped open. Then he began punching the walls.

"OK guys," the jail psychiatrist said to the nearest officer and the duty lieutenant. "Now we've gotta do something."

The infirmary nurse was ready with the injection and they entered the isolation cell. Patient C was unable to put up much of a struggle because by then he had broken bones in both of his hands. Two hours later he was calm. Six hours later he was completely back to normal. He was able to give his history to the doctor on the next shift.

Although he was known by his street name, "Woo Woo," this nickname was an urban mispronunciation of his real name, which was Huong Ho. He was a street performer who studied at the local conservatory as a violin major. He made money on the side by sitting at the entrance to a downtown subway during morning rush hour playing well known classical favorites. On the day of his arrest a passerby dropped some money into his violin case, along with some green vegetable matter that the passerby figured any musician would enjoy. Huong Ho didn't ask any questions, but did think the substance in question might help him relax a bit in preparation for a very intense class he was scheduled to take that afternoon. Unfortunately, the weed wasn't what he thought it was. He blacked out. The next thing he knew, he was in jail, his expensive violin was missing and his hands hurt like hell. He looked scared, like he was about to cry.

Fortunately, the only person he had hurt was himself. Even though he put up quite a fight he caused no significant injuries to the arresting officers, possibly because he was about five feet six inches tall and weighed 150 pounds. Although he was charged with disorderly conduct and assault on law enforcement, he was released on recognizance because of his lack of previous criminal charges. At trial he was granted probation before judgment.

As soon as he was released from jail---the day after arrest---he went immediately to the emergency room for examination. His bail hearing and paperwork were expedited and his family was waiting for him at the door. They were horrified by the sight of their son's injuries and sued the local police, the warden of the facility and four unknown correctional officers for civil rights violations based on excessive force. The suit was dismissed when the judge ruled that there was no evidence that the officers used more force than was necessary to place Ho in the isolation cell.

After several weeks of recovery Ho returned to the conservatory. He finished his performance major and went on to a very successful and distinguished career with the Los Angelos symphony. Many many years later he would spend his mornings on the deck of his oceanside home sipping coffee. The local surfers would see him there and exchange casual greetings. They think he is a shy but likable guy, a quiet but kind person.
Posted by ClinkShrink on Saturday, February 18, 2012

my former colleague's son was a well- loved young adult who imbibed in drink and drug at a party a few months ago. apparently, sometime after leaving the party, he parted with his clothing, except for undergarments, and walked into a nearby home. the woman living there demanded that he leave. he approached her, and she shot him in the head; he died instantly. sad what drugs can do- they can definitely make you someone you are not, and not in a good way. sad story; thanks for the happy ending, clink.

I had a feeling C just had a little too much PCP. Lawsuit should have been focused toward making the facility purchase restraint chairs. He just needed quiet time with a hands off approach. I told you that B was going to be expensive, but what is with all these fuzzy endings? Very rarely do I see a case that attempts to give the warm fuzzies. It might give the average person a false sense of security by thinking that everyone is in fact a shiny happy person, but I guess Hollywood does that too. Nice interactive piece. You should do more.

I haven't read thru the stories yet, let alone these end of them, because I was going to post my s olutions, if late. Been feeling unwell (may possibly be diabetes but doc appt is over a week away and they'd need tests anyway).

So I'm still not reading these, even if I end up posting a month late.

Like anyone will care by then but I didn't want you to think I was ignoring you, Clink!

I wish somebody could harmlessly turn my bladder/kidneys off for awhile, ugh. Little sleep is not good for bipolar, either.

I finally read each of these and the endings. I really enjoyed this series! Very well-written and enjoyable pieces!

I really enjoyed these. Clink should do more of them.

These little fantasies all need car chases and bear mauling scenes in them.