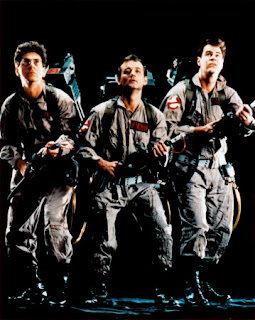 For today's Halloween post I thought I'd share a bit about the forensic aspects of haunted houses. I didn't think there was such a topic until I stumbled over a law review article by Daniel Warner entitled, "Caveat spiritus: a jurisprudential reflection upon the law of haunted houses and ghosts." [28 Val. U.L. Rev. 207].

For the purposes of the law, haunted houses are a kind of property problem known as a "psychologically impacted property." According to Warner, this is real estate tainted with troubled pasts: murders, felonies or suicides. The question is, when you have a house like this are you required to disclose the past to the buyer?

According to the 1983 California case Reed v King, you do. This apparently was the first case addressing the issue. A buyer tried to get out of a house deal after she found out that a woman and her four children had been murdered there ten years before. The court agreed that she had a point because the seller failed to disclose this. After this many states passed laws protecting sellers and their agents from claims over "psychologically impacted property." The problem being, of course, that things like poltergeists and other creatures can't be detected in your typical home inspection.

Then again in 1991, a man bought a house in New York and later found out the previous owner had failed to disclose the presence of a ghost, something well-known in the community. The house was even featured regularly on neighborhood ghost tours. The buyer's wife was very uncomfortable with this even though the seller reassured them after the fact that the ghost was friendly. The court ruled in the buyer's favor, stating that even though the house wasn't haunted 'in fact', the judge decided it was haunted as a matter of law. (The news story about it can be read here.)

So who ya gonna call? According to Mary Pope-Handy, licensed realtor specializing in haunted property, the first person to call is a spiritual professional who may be able to convince the "discarnate" to move on. Unless, of course, you bought the house because you knew it came with a ghost.
Posted by ClinkShrink on Monday, October 31, 2011

Oh my. Great holiday post. And your mood on the sidebar still fits.

The issue that is more important is one of possession: when one buys a house that is "possessed" the prior occupants have not vacated it entirely. The house may be in a neighborhood that does not allow dual occupancy. The spirits of the prior occupants may be disruptive, particularly at times of the night when zoning laws require quiet.

In the case of murders it is understandable that the spirit of the victim, who did not have time to carefully pack and leave the home, would want to remain. This is the situation that exists in Act I of Hamlet. But that does not give the spirit legal right to remain. The spirit is required to follow the body.

The solution offered by the Ghostbusters, while dramatic and rather insensitive to the spirits, is honest: they no longer have title to the property and are required to leave it to the rightful owners.

Anon: Excellent point and thank for that thoughtful and entertaining new angle! My only question on the dual possession issue: who pays the points?

Anon writes, "The solution offered by the Ghostbusters, while dramatic and rather insensitive to the spirits, is honest: they no longer have title to the property and are required to leave it to the rightful owners."

What if the spirit has been there a long time? Would it have squatter's rights?

Leslie, one might think so but in fact spirits, being ethereal, never squat.