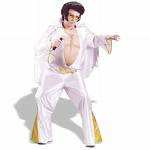 It's been a few days.

Roy was on a roll. Ducks, Darth, Depakote, and Hillary (it would have been so illiterate alliterate, but for...). He's back under the hospital floorboards again, to emerge soon, I imagine.

ClinkShrink has been visiting middle America: drinking whole milk, eating white bread with mayo, struggling at scrabble. And now she has a new venture: she's writing prison fiction. Check it out: Bad Fiction , it's Clink all the way. Jesse Ventura in a kimona, dogs licking their private parts, it doesn't get any more clinkable.

And I've been posting segments of Double Billing. Thanks to all of you who've stuck with me and have been commenting, I hope it's worth the journey. I've added on a roll role in my real life as part of a professional organization and this suddenly is eating my time. I woke up this morning thinking about a piece of office equipment that might need replacing-- this for an office I don't work in and a piece of equipment I've never seen. I'm feeling a bit disconnected from Shrink Rap. Oh, and I grow a year older later this week: I'm feeling a bit disconnected from that, too, but probably it's just as well. When it gets to me, I'm left to consider the alternative.

All day, I've been thinking I want to post something that will shake things up, breath a little energy into Shrink Rap. So far, it hasn't worked that way. I don't post because I'm looking for something to write about; I write because something has found me. So what should I rant about? Drugs always work: my seroquel post got a top number of comments, Roy's Xanax post made everyone think. I'm not in the mood for drugs. I could use some chocolate, but what can I say? The Last Psychiatrist sometimes incites me, but he's ranting about the guy who flew after being diagnosesd with resistant tuberculosis. Not very shrinky.

Email ThisBlogThis!Share to TwitterShare to FacebookShare to Pinterest
Labels: blogging

I like your psychotherapy posts - they always make me think quite a bit....granted, it's kinda a selfish motivation for liking those posts because it gives me things to think about in terms of my own psychotherapy, but still - I think those were always quite popular! Have any interesting psychotherapy topics to blog about these days?

Roy - Even though I rarely work more than 36 hours a week, lately work has been so busy that it gives the feel of being "trapped under the floorboards"!! haha... I always make a point of taking a walk around the block at lunchtime just to experience the fresh air! Although, these days it's so hot and humid, I'd almost prefer just to stay inside and chill in the a/c! Don't let them work you too hard!

Clink - Haven't checked out your new fiction yet, but sounds....intriguing!! haha

Dinah - Sorry I haven't been reading "Double Billing" as much as I'd like. Last weekend, work kicked my butt (in busy-ness), and I actually slept some 36 hours from midnight Sunday night (into Monday) through whenever I finally woke up Tuesday morning! So Tuesday was spent trying to get my body back in gear, and then Wednesday was a very busy 12 hour evening shift (I've been trying to sleep for the last 2 hours or so, but when I work late, it's hard to shut my mind off!), and then this weekend is filled with 3 choir concerts! I'll get around to reading at some point, though!! I read the first 2-3 chapters and really enjoyed them. :)

You have created a monster and it was great fun.

Happy Birthday a day early! You still have great hair.

I've been neglecting the blog horribly lately but will try to get back on track. I guess if you really wanted to shake things up all you had to do was leave a lot of typos for Roy.

But shouldn't you now change the title to Shake Rattle, and Role? hee hee

my word verify was