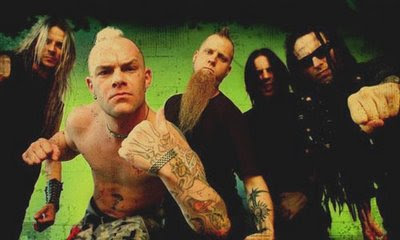 Working with violent patients has its challenges. The main one is when they actually do become violent. When they act up, smash things or assault someone there is a quick need to coordinate interventions between security and mental health staff. Of course, safety is the primary goal. Nothing therapeutic can happen until the patient regains control of himself, or someone else gets him under control.

After that, we get him. Violence is actually pretty rare in my facility---a credit to the quality of the correctional staff---but occasionally it does happen.

The only reason I'm writing a blog post about it is because the management of violent patients gets tricky when you're the one they're violent toward. It can be a challenge to continue working with a patient who has threatened you or, god forbid, actually committed violence against you. I've never been decked by a prisoner but I know colleagues who have been. Bless them, they came back to work the next day too.

I've put together some general principles about how to manage this situation. Here they are:

This is obvious, but I'll say it and get it out of the way. Make sure he's cuffed, in leg irons and a waist chain. Custody may forget this in between appointments, so remind them to cuff him the next time he comes down. Have an officer standing outside the office door. If for some wierd reason you don't want him cuffed, have someone sitting in the room with you during the appointment. Bodies count, and it can't hurt to have someone to call for backup if you don't have a security alarm in your office. Confidentiality? Doesn't count here. In cases of imminent dangerousness, there is no confidentiality.

Don't pretend that there is a therapeutic rapport when there isn't one. Bring the issue out into the open by saying out loud what the patient is thinking: "You're probably not too happy about seeing me again but we both know you need treatment." It's also OK for you to acknowledge, out loud, that you're going to have a hard time treating someone who threatens you or hurts you.

You and the patient both may need to take timeouts. If the patient starts to get angry, call attention to it and give him a chance to pull himself together. He may not realize how he's coming across. If he continues to escalate, terminate the appointment. In the parlance of the medical progress note, the phrase "appointment terminated for safety reasons" is another way of saying "I let the guy go back to his cell because he was about to swing on me". If you do this, make sure the patient knows you will continue trying to see him and treat him. He may want to run from you, but you can't abandon him. Sometimes that is enough to impress the patient that you're committed to helping and may engage him in treatment.

You need to take a break too if you find yourself getting angry in return. You need to be impartial and calm in order to give the inmate a fair and thorough clinical evaluation.

An angry prisoner will be loud. He might swear. He will complain (a lot). That's all OK. Let it happen, knowing that eventually he will run out of energy. As long as he's not moving toward you or throwing things or physically out of control, it's OK. Don't be intimidated by noise. When he does calm down, quietly ask permission to make a treatment recommendation. There's a chance he might listen once he's had a chance to vent and be listened to.

Like I said before, in all likelihood the inmate is not going to have any awareness of how he's coming across either in volume or in the intimidation factor. When custody starts peeking in the office to make sure everything is alright, you can carefully point this out to the patient and explain that people are concerned because of how he's behaving. That might be enough to trigger insight.

Do you ever wonder why someone so mellow, even-tempered, and rule-abiding chose the work you do?

'Cuz people without that kind of temperament quit within three months.

I guess for the same reason I climb rocks.

Whatever reason that is.

Thank you for being one of the few people to comment on my post. This may be the first Shrink Rap blog post ever to strike our readers completely mute. (Except for Zoe, thanks Zoe.)

If you linked to Bacon in your posts, more people would comment.

Actually, I think I'm kind of a ham, myself. But bacon will do in a pinch.

sorry to ruin your nearly comment-free post, but i had to chime in about a similar experience.

i worked as a teacher on remote canadian first nations for 4 years. i must tell you that i can (somewhat) relate to your account, as i found that my safety and security was regularly threatened - although the potential was usually less extreme than you described.

unlike some of my colleagues, i wasn't ever assaulted, but my students (who ranged in age from 6 to 14) found multiple opportunities to launch projectiles at me, or overturn tables, threaten my life or my child's safety, try to kill my dogs, etc.

it is canada's dirty little secret that we created (with the help of our colonial government and/or religious organizations) little hothouse environments of severe dysfunction - thanks to our historical attempts at genocide and assimilation.

our endeavours to help have hardly bandaged the greater problem. but really, how much can we truly help people who have little means to escape their environment - because they are either literally jailed (in your patients' case) or imprisoned by circumstance?

in the meantime, we help as much as we can... and unfortunately we sometimes become targets.

Both the photo and your post sound a lot like my urban teaching experience from August 08 to January 09. I had several of you present and future prisoners. Several were out either on parole or were on probation. Like H.Aspie I received threats, was hit with projectiles, suffered from classroom fires, and had objects smashed and stolen, plus put up with the "noise" you described so well. If I had been able to leave the school and know they were safely behind bars, and they were handcuffed when I came in, I might have stayed at that school.

HA: "hothouse environments of severe dysfunction"===OK, that description is going to stay stuck in my mind the next time I walk into prison. You nailed it.

Anon: The more I hear about the life of public school teachers, the happier I am in prison.

Great post, Clink. Made me think of an article I read in The Economist by a psychologist (Mark Levine) studying crowd behavior in England via street cameras (they apparently have some of the most video'd streets in the world).

He found that crowds were more likely to defuse than antagonize a situation. One of the antagonistic actions that he looked for to identify the beginning of a potentially violent situation is someone poking or pointing at another.

It occurs to me that when a pt starts aggressively pointing at me in a stabbing sort of manner, that is when I call him on it and consider terminating the interview. There are probably lots of other signs that register at an instinctive level.

Interesting post, Clink, but I part ways with you a little on point #5.

I think inmates and those who are destined to be are very aware of how volume and posturing can intimidate others, and so use it to try to gain advantage. It has worked for them a lot of the time in the past, and they have to test it on you, too.

But I agree that it is important for the inmate to know that you know what's going on.

See, when I look at that picture, I just see a bunch of guys showing me their pretty tattoos. If any of them start yelling, it's obvious they've picked up on my selective deafness and are just trying to be accommodating.

On the other hand if someone just ignored my pretty tattoos that I was clearly proud of and started talking about me needing psychiatric treatment I just might feel inclined to deck them. I wouldn't of course, I'd only think it really hard. That, and cultural apathy, is why I'm outside.

I was going to keep this completely and totally rational train of thought to myself but since you're lacking outside comments...I'll show you.

(For the life of me, I can't figure out why my boss reamed me yesterday for being argumentative. Seriously, being right all the time is a blessing and a curse. Why can't others just get over themselves?)

eln: I assumed the index finger, but I guess the middle one could signal the beginning of aggression, too. Don't think I've ever had a pt give me the finger, though (though I've heard the spoken version once or twice).

In all seriousness, is it common for Americans to point (such as to a spot on a paper) with the middle finger? As an admittedly oblivious American myself, I've only seen it in Europe and the company I work for.

We work very closely with Europeans...but we're also smartasses...so I can't figure out if they're giving everyone the finger or if it's just common to point this way. (Inquiries have led me to believe that it is unthinking habit, though maybe they started after working there.) Anybody?