I Am Geek Hear Me Roar

[posted by Dinah. Dream on. What language is this anyway?????] 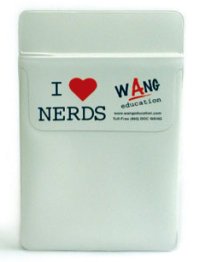 I know this post is going to carry a bit of schadenfruede, but trust me that I am not trying to gloat over Dinah's late lamented cellphone. I am posting to celebrate a small victory.

I am writing from my new Linux laptop using the Iceweasel browser. Actually, it's my old Windows XP laptop that I've booted from the CD drive using a Knoppix live CD. I got interested in Linux after exploring the command-line Unix terminal in Mac OS X. That got me curious, and after reading around a bit I learned you could get ahold of CDs that you could use to boot your machine in other operating systems. (Remember the old days when you had to put a floppy disk in your machine to load the operating system? Back before hard drives were invented?) Anyway, first I tried DSL (Damn Small Linux) which was pretty amazing. It was a fully functional Linux operating system capable of recognizing all my peripheral devices as well as running all the usual desktop applications---it even had development tools and a small Web server installed---but it was small enough to fit on a thumb drive. A 50 megabyte operating system---incredible. It was a taste of Linux, but it wasn't enough. Then I found Knoppix and over the weekend I downloaded the latest release---version 5.1 released one week ago. (Even on a high speed connection a 700 megabyte download is painful.) I burned it onto a CD and hit the F12 key to boot from the CD/DVD drive. Beauty! It was a thing of beauty! It automatically recognized my entire laptop---trackpad, monitor, video card, hard drive and two USB external drives. It came with a full OpenOffice package (which I heartily recommend for people instead of shelling out money for the latest Office version---which now comes stripped of Outlook). It also has two browsers, a web server, a design environment (software you can use to write software), loads of cool system tools and tons of other stuff I haven't had a chance to explore yet. (Roy would really like the fact that when your desktop gets too cluttered you can just tell Linux to create a new desktop, and you can switch between them.)

And the thing that kills me about this is that it's all free. Anybody could do this. You just download it from the Internet. The wireless card took a little tweaking to get configured, but I managed to get connected this morning (thus, this post).

So why do I put this on ShrinkRap?

I'm doing this for the geeks. For everybody out there---you know who you are---who has ever felt the irrepressible urge to tinker, tweak or chew on a problem until it's solved. You are probably a former ham radio operator. You have probably opened an appliance or two just to see what's inside. Your friends, spouse and colleagues probably don't have a clue what you're talking about half the time but that doesn't stop you.

I want you to know: it's OK, you're among friends here.
Posted by ClinkShrink on Sunday, January 07, 2007

I had to come see what made everyone so "quiet" according to dinah haha.

I'm a wanna be techie geek but I am just not so inclined. I might be able to learn but I never had the opportunity when younger and now? Ugh. I feel like a hamster on wheel with technology sometimes (not like I'm powering it but that it's just an endless race to try and keep up or get caught up--especially when you know next to zero in the first place.) I've been barely mastering Blogger and it's a cinch (even if it stinks and is unstable.)

*kicks self for not going with WordPress*

I have other geeky traits, however. We come in all shapes and sizes.