What I Learned: Part 1 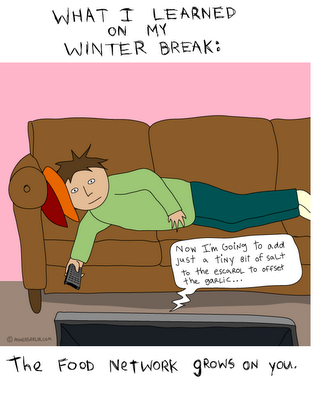 For the past week I've been attending my annual professional conference. Lest anyone think I've been lounging around the pool, touring the city or just hanging out instead of seriously learning anything, I've decided to post a random sampling of unrelated things I've learned at this conference. I think it's a good representation of the range of topics that get presented every year. This is the first of a three part series of posts entitled "What I Learned". Again, these items are presented completely at random and have no relation to one another.


That's the end of Part 1. It's been a great conference so far.

And yes, I have toured the city a bit and will be lounging around with friends tonight.
Posted by ClinkShrink on Saturday, October 28, 2006

I can't even imagine participating in an amputation as punishment, I still have nightmares about a particularly ugly procedure from residency! Do they use anesthesia as part of their amputation procedures? Do the physicians have the right to decline to participate. Ugh. Again, can't even imagine. Then, there's always the obvious women's rights implications of Sharia law.

Sounds like an interesting conference. I hope forensic psychiatrists hold their conferences somewhere warm and sunny!

I have seven 12 year olds in my family room watching a movie and eating pizza, hiding in an adjacent room with the laptop and an email comes through via Shrink Rap that begins: "I can't even imagine participating in an amputation as punishment" and after my initial, "What the??" I regrouped and realized, CLINK posted Again!! of course. Hope you're having a blast in warm and sunny chicago.

Roy's scientologist post is getting lots of "attention." Oy.

Hope everyone else is having a quieter Saturday night and what ever happened on Carrie's date with the intern???

gave you a pic

Yeah! I hope her date went well. I note that the music is back. I liked the optional on or off part of it, not for it to be gone completely!

Some of the things you mention being taught go to the problem I have with the profession: A problem most of the men's groups also have with psychiatry.

For instance the mention of 2% of UCR mentions being female. Of the most serious male victims of female offenders known to the various male survivor groups the conviction rate for the offender(s) is zero.

I know 44 (it was 43 two weeks ago) men who have --using reasonable standards of proof-- lived through extremely violent female offender sex assaults. Among those 44 there are zero convictions; there is also only one who feels he was treated fairly by psychology/psychiatry.

YET! Yet, psychiatry demands, loudly demands, that male victims are rare and almost irrelevant.

Let's be straight up here: If the level of contempt shown to male survivors was shown to any other group in the country there would be convictions and major loss of jobs for the guilty parties.

I make no bones about it: I believe that the gender policy used by the psychiatric professional groups is misandrist and may well amount to an attempt to increase the male suicide rate. Given what is taught and how it is taught, I can see no other reasonable conclusion.

Thank you for the synopsis, Clink. I'll be going to the Academy of Psychosomatic Medicine meeting in a few weeks, so I'll do the same when I'm there.

JW, I agree with your observation that male-directed aggression by women is an under-recognized, under-reported, and under-appreciated problem. But I don't think it has anything to do with Psychiatry, and think it has everything to do with our society's notion that men are "macho" and in control, and that any man who is assaulted or bested by a woman is a wuss. (Hmm, I wonder what Scientology has to say about this.)

roy: And who has control over what psychiatrists and psychologists believe?

Exactly, the members and their professional bodies ... Worse, those professioanl bodies not only refuse to make changes, they seek to make the situation worse. EXACTLY what Dr. Wm Masters told me would happen ...

That is blameworthy behavior by any standard I've ever heard of.

Sorry I just read these comments today for the first time! Guess by now you all know how the date went... At first, the dates were really nice. Each one was fun, and I enjoyed getting to know him.

But you know the rest of what happened.... Jerk, yet again.... He's going to be an ENT...they always get a bad rap for being really arrogant and all, but I was thinking this guy was different. He didn't have that same ENT persona that the rest of them have. I figured, he hasn't actually started that residency yet, so maybe he hasn't been shaped.

That's now 1 med student (who was almost an intern) and 1 intern who have broken up with me or ended a brief dating thing by just not speaking to me and sending me emails. I'm still trying to contemplate why that is considered an acceptable way to handle things in this day and age. Talk about wusses......Especially when the guy gives me a kiss at the end of each of 3 dates and then within hours just decides never to speak to me again.

Went figure skating today at the Penn Class of 1923 rink. It was great...just what I needed. Will blog about it later, but right now I want to read for a little bit and take a short nap I think! Didn't sleep much at all last night and then PT and skating today wore me out!

Thanks Borneo; I just put up Part 2.