Things That Make Me Crazy 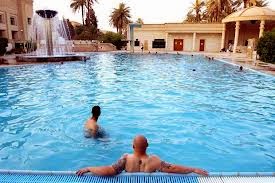 I sometimes think I live in a tight little fantasy bubble where I want life to make sense and be fair.  I want it to be an uncomplicated place where, when resources are limited, we assess the problems and direct the dollars to things we know will efficiently fix the problems.  I'd like us to use our public health  dollars to feed hungry people, to house those without some place warm to stay, to help those in need learn strategies and get jobs so they can help themselves, and to provide health care to those who are ill.  In cases where there are big-picture items that lead to devastating consequences and enormous costs to society, I'd like us to target the causes with early interventions that are known to be effective: so measures to prevent drug/alcohol/tobacco abuse, better and more available drug treatments, and more resources dedicated to early education so that everyone gets the skills they need to earn a living and grow up to be a taxpayer.

Instead, through some mix of politics and medicine, there are these untested (or poorly tested) ideas out there that cost billions of dollars and money gets diverted away from being used for the direct good of the people.  Maybe I'm wrong-- I'm sure there are plenty of people who disagree with me and think that these changes are important and will make the world a better place -- so by all means, feel free to comment. tell me why I'm wrong, or do add to my list.  It's a little of 'one guy unsuccessfully tried to blow up a plane with his sneakers so millions take off their shoes for screening every day.'  The cost is phenomenal, but I do have to  admit that no planes have been blown up with shoe bombs since, and if my child was on a plane that didn't explode, then the cost to society was worth it, but it's not a very "public health" way of thinking.  But you have to wonder what we're giving up when we put a lot of time, money, or resources towards low-probability events or towards paperwork for the sake of paperwork.  In no particular order:


Thank you for letting me rant.  That's what this was, and I appreciate it.  I feel much better now.

Nice. I think you are seeing the reality that being a doctor means being harassed, intruded, minimized, and downright ignored is the standard of expectation from most in positions of power, authority, and setting of standards.

But, if you stop ranting, it reflects you don't care or are just exhausted. Which is exactly what those who want to disrupt and devalue want of you, and really all of us who are still advocates and adhere to the Hippocratic Oath.

Ever consider running for a public office, or serving on boards that make these decisions? Or starting/joining a movement for smart change? Sounds like you have the right ideas...

Thank you for this post (and thanks to Dr. Hassman for his response to the other post). I needed to read it. I get panicky about the new legislation which I feel further marginalizes people with mental illness. We have so much that needs to be done that it makes no sense to focus on laws that create more fear through increased use of force and loss of privacy. We need housing. We need treatment for people who cannot afford it. We need to provide food for those who don't have any to eat. This just isn't the way. Creating more fear, just isn't the way.

I have to remember that regardless of what stupid legislation may or may not be passed, my psychiatrist won't act on it. We have a good relationship that is based on mutual respect. I cannot ever fathom, regardless of the laws, him ever going behind my back to talk to my parents. It's just not his way. Besides, he knows me too well.

Dinah
I agree with pretty much everything you said in this post (surprise!), with one exception (of course..); that exception being this statement:

"There was slavery when the second amendment was written, and I don't think the amendment included slaves, so clearly the 'right of the people' did not mean all people"

The fact that the second amendment didn't include slaves does not mean that it wasn't meant to include all people, rather it is a damning testament to the nature of slavery in existence at the time. Simply put, slaves were not considered 'people' but rather, property. As such, they were automatically excluded from the rights granted in the second amendment. The 'people' were the citizens of this country, and slave were not citizens; it took a war and later a civil rights movement to rectify this inequity.
Now that slavery is abolished, and equality constitutionally guaranteed - in word if not always in deed - do you really want to use slavery as an example of a system that allows a group of people to be summarily stripped of their rights, in whole or in part? One that creates tiers out of essential liberties, wherein one person is afforded a right based on their circumstances while another is not? I thought the goal was to do away with discrimination and stigmatization, but this second amendment argument you posit is a step in the wrong direction; it argues for the re-institutionalization of such behaviors.

Je Suis, that was not my intention at all, but I see what you mean. 2nd amendment activists seem to feel that the amendment means free reign to weaponry of every kind, under nearly all conditions. The mentally ill, whoever they may be, get scapegoated. Start defining them as anyone who takes any psychotropic medicine and suddenly the NRA will be all over it. In Florida, it's illegal for a physician to ask a patient if they own a gun. What happened to the first amendment?
Oy.
Not one single one of these measures would have prevented any of these high profile a spree shooting. Oh gosh, I could start ranting again and the chili will burn...

Thank you for ranting. And thank you for caring. Like Joel said, you only stop ranting once you cease to care and/or are just plain exhausted. I agree, it is frustrating that there's more paperwork, more coding, and more time and effort required when there should be more focus on patient care.

I think we all want to live in a bubble free of pain, of suffering, and of good. Our government has paved a super rocky path with tons of major potholes for us. Money is the root of all evil, right? Let's help this country even though we know they won't even help themselves. Let's build this because of that. Foolish spending has gotten our country into deep doodoo!

If only. If only we used the money we spent on this towards that, or this or that. Why not spend money putting people back into the workforce by training them? Why not offer incentives for those who receive assistance and give back to their community in some way? Why not this or that, right?

Here in the islands we have such a huge problem with homelessness. Want a one-way ticket to Hawaii where the weather is much warmer? Sure. Problem solved for that state but not ours.

Want Financial and SNAP assistance? No problem. Us locals joke on how to meet the requirements. Just keep popping out more children. The more children you have, the more money you get. When you have a family dressed up in designer clothes wearing tons of jewelry shopping at Costco, buying steaks and crab legs with EBT cards, then driving away in an Escalade, you know there's a problem with the system.

Yes, we are the melting pot of the Pacific, so to say. Our DHS Application for Public Benefits form has 17 languages listed. Granted, the cost of living here isn't cheap, which probably contributes to having more lower-income families. Add one-way tickets here. Then add friends and families of non-US citizens trying to get their Green Card. The bottom line is that there's not enough funds available to use towards early education, drug intervention, medical/mental facilities, and so forth. Unfortunately, it is what it is. Yes, it is frustrating. And yes, it is sad. Please don't stop ranting!

While all the coding and electronic hassles of your profession cost money, to my mind a bigger problem is subsidizing oil companies and and farmers while we cut aid to hungry people.

By forcing electronic records on physicians, the companies that sell them prosper. Laws passed regarding education also serve private enterprise. Charter schools were devised as a way to steal money from public schools and put it in the pocket of business owners. Enforced testing of students rather than teaching students was set up with impossible to attain standards of annual increase in student test scores, thus breaking the back of public schools further, and allowing more funneling of public school money into private pockets.

The interests of people with money are protected and enhanced by new laws. There is no wise leader looking out for what is right and the poor people who need help.

And here I was thinking that this was the time and place to vent about the guy second in a line of cars travelling very slowly...not the first guy who is driving slowly but the second guy who doesn't pass him and allow all of us to move up one spot in the line! Ok so this isn't the time or place. Great post, Dinsh, on stuff that really matters.

Great post it made me feel not alone.
I always wonder who I am treating, the rules and regulations or my patient. I just want to be a psychiatrist and provide good care to my patients.
Thanks