Cardiovascular and Diabetes Outcomes Among Those taking Novel Antipsychotics 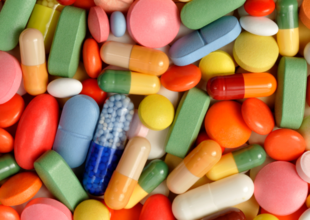 I remember from medical school and the early days of my residency when the only medications available to treat psychosis were the neuroleptics.  Patients hated taking them: the high potency medicines like Haldol and Prolixin left people rigid; they had pill-rolling movements with their fingers, cogwheeling in their joints, and they walked liked zombies.  The lower potency medications like Mellaril left people drooling and sedated.  I once heard these medications described as like having molasses poured into your brain.  We'd cajole people in to taking them, and like all medications, there were some people who had no side effects and just got better, but that wasn't the usual.  I soon realized  that the best thing about Zyprexa (before it became evident that there were other problems which I will discuss below) is that most patients didn't mind taking them!  They didn't look like zombies, or obvious psychiatric patients, and they didn't complain about feeling badly.  It did feel like a revolutionary change for psychiatry.  This I remember.

So it was disappointing and distressing to realize that the novel anti-psychotics were associated with weight gain in some people, and sometimes a lot of weight was gained, diabetes, and lipid abnormalities.  Sometimes I wondered about things that things that no one was asking.  Were these problems reversible if the medications were stopped? I had a patient who became diabetic (in a rather dramatic fashion, I might add, with a glucose topping 700) and whose diabetes reversed when the medication was stopped. Was this true for everyone.  And if someone took a very low dose on an as-need basis for severe agitation and catastrophic distress -- something I see a fair amount of -- either instead of a benzodiazepine or in addition to one --  but only too a low dose for  a short period of time, were they subject to these problems?  Or what about the people with schizophrenia in their later years who were going along just fine, living independently, seeing family, going to church, looking quite well, and happy with their treatment, but who also had diabetes and cardiac risk factors?  I tried to change medications on a few of them to lower their risk, only the long-dormant schizophrenia became evident, and I decided to settle on a risk-benefit discussion and leave it to the patients.  Dose does matter?  And does the fact that lipid metabolism change mean that the patient is at greater risk for cardiovascular events, or is it just laboratory values we're discussing here?

I pleased to see that I'm not the only one thinking about this and The Journal of Clinical Psychiatry, December 2013, published a study, "Cardiovascular Outcomes and Diabetes Mellitus Among Users of Second-Generation Antipsychotics" by Cirtome, et al.    I thought I'd summarize the finding for you.

This was a retrospective study done with data extracted from a database.  All patients who started a 2nd generation antipsychotic from 2003-2010, who were 18-64 years old were included in the study, and an index date was determined, the patient needed to fill at least 60 days worth of medicine after the index date.  The patient was followed until: 1. switch or discontinuation of the medicine  2. disenrollment from the health plan   3. end of the study, or 4. a cardiovascular event or procedure or the diagnosis of diabetes. Patients were followed on 4 medications: Risperdal, Zyprexa, Seroquel, and Geodon (no Latuda, Saphis, and the sample size for Clozapine was deemed insufficient) and the dose of the index drug was categorized as high, medium or low, though the range for Ability was given as 2-30 mg as medium and there is no smaller pill available than 2mg.  The study included 138,523 patients.  These divided to Risperdal: 22,357;  Zyprexa: 17,428; Seroquel:58,807; Geodon:6,753 and Abilify: 32,890.  In every cohort, the most common diagnosis was Major Depression, followed by Bipolar Disorder.  5.5% of patients or less in each cohort had a diagnosis of schizophrenia.  All patients had medium level dosing of the medications.   The diagnosis of diabetes required that the diagnosis be made after 45 days on the medication or the patients were excluded with the idea that it was likely a pre-existing condition.
Results showed that a new diagnosis of diabetes was more common then a cardiovascular event.  Rates of diagnosis of diabetes per 1000 person-years: these number are subsets of the Abilify group matched against the comparator drug (here, I'm sad to report that I'm a bit lost in the pages of data):
Abilify vs. comparator 19.8 vs 17.8;
Zyprexa: 19.7 vs 20.5
Seroquel: 18.9 vs. 18.1
Geodon: 19.8 vs 20.6
While previous studies have shown a decrease risk of diabetes with Abilfy and Geodon, this study did not find any significant difference between any of the medications for the risk of diabetes.  The authors speculated that perhaps those at high risk for diabetes were preferentially prescribed Abilify because of the findings of past studies, and if such preferential prescribing occurred, then the patients on Abilify would at higher risk and the lower rate that would be expected could be washed out.  It was speculation and I wasn't totally sold.  We'll leave it that there was no significant difference for causing diabetes between the medications.  The authors note also that there may have been confounding issues, such as race or smoking status, and these were not available from the claims data.  Also death rates could not be examined, because insurance claims are not filed on dead people. (I would have been interested in this).

When the low dose cutoff of Abilify was raised from 2mg to 5mg, then the comparison with Zyprexa showed a "small but statistically significant reduction of risk with olanzapine" (olanzapine is the generic for  Zyprexa) .  Huh?  The risk of diabetes with 2-30mg of Abilify (considered low for addressing psychosis) was the same as Zyprexa, but when a higher dose of Abilify 5-30 mg was compared, then Zyprexa (presumably at any indicated dose) was less likely to cause diabetes.

Overall, there were no difference between drugs for diabetes and the expected decrease in diabetes with Abilify and Geodon was not found.

The risk of heart failure and stroke rose from 28% to 58% with some of the comparator drugs compared with Abilify.  These are low frequency events and "may be considered small in magnitude and given the low incidence rates, are not likely to be clinically meaningful  on an individual practice level..."

Compared to Abilify, there was an increased risk of stroke for Zyprexa
Posted by Dinah on Monday, January 20, 2014

Those statistics are not as bad as I would have guessed they would be. I wonder if that 45-day exclusion was a medically meaningful cutoff point or if they ended up excluding large numbers of patients with drug-caused diabetes.

Oh, weightgain talk, probably 2 then. Diabetes 1 is an autoimmune disease.

Some people with diabetes 1 want it to be renamed, so stuff like this doesn't happen !

Research has been done on this going back at least over a decade. It has been published in mainstream medical and psychiatric journals. It is not news to doctors that there are medical risks to second gen antipsychotics. It isn't news to a lot of patients or their caregivers. There have been lawsuits over the fact that the risks were covered up. Lots of people have been worried about this for a long time. You weren't all alone.

One thing patients need to realize, too, is that these studies often look at drugs for a short period of time while patients are on these drugs for years. So, the reality is that the risks for patients are probably much greater than the studies suggest.

If I were on any of the drugs listed I would demand certain baseline labs and frequent monitoring of the labs (hemoglobin A1c, glucose, ldl, hdl, triglycerides, total cholesterol, etc) along with monitoring my weight. I don't believe that is taken seriously enough.

I also believe that these labs should be monitored with any of the psych drugs that cause weight gain, not just the 2nd generation antipsychotics.

P-K: I assure you, your desire to have frequent labs would put you in the minority. While my patients take these medications voluntarily, I have to repeatedly ask, cajole, beg, and sometimes threaten to get people to get labs done. I recite the risks and why they need to be done, and sometimes I'm left to say, "It's not safe, if you don't get the labwork, I'm not comfortable prescribing this medicine for you." You'd think people would want to know, but what a hassle.

Our commenters write about the horrors/dangers/awful side effects of the medications as though patients take them to please their psychiatrists. The vast majority of people take psych meds because they feel better on them then they do off them.

Dinah, I should have specified that I don't believe it's taken seriously enough by "some" physicians, rather than just making a blanket statement. Probably speaking from my own experiences where those labs were not checked when I was on medications known to cause weight gain. But, I know more now and know what to ask for so I can better advocate for myself.

I think you're doing all you can do which is to make a recommendation, and if the patient chooses not to follow the advice - it's the patient's loss. The patient definitely has responsibility here, too.

I'm not arguing the risk of the drugs aren't worth it. That's an individual decision. I'm on psychiatric medications which have risks, and I have to also take into account that when looking at possible side effects the same applies - the studies are done for short periods of time and I may be on the drugs longer term so my risks go up. I think it's good for patients to know these things, and maybe most don't care.

Compared to myself, I'm pretty similar. I think it's pretty remarkable that Abilify doesn't seem the same as itself. The logic of the pretzel escapes me offhand.

I did not get an answer from this article. My question was "Can Seroquel induced diabetes be reversed if you stop taking it?" My son and my brother did not have diabetes, both were depressed, both started taking Seroquel, in less than one year both had diabetes, my son died and my brother had a leg amputated and remains a diabetic and the doctors keep him on Seroquel. I am about to fight this. Both gained weight, both would pass out, both became lethargic. After the shock of my son's death in 2009 I began researching Seroquel. There were class action lawsuits against Astra Zeneca for all the deaths due to Seroquel. Why is seroquel still being manufactured and prescribed by doctos? How can it still be prescribed when Astra Zeneca settled out of court admitting responsibility? I tried to get an attorney to defend us and no lawyer across the entire country would defend us since it was settled out of court. How can this be and people are still dying?

I think too many educated people have the attitude that you take a pill and it does only what you want it to do so, there is no risk because the FDA says it's ok. Or, drink enough herbal tea and that will fix your severe psychosis. Frustrating that otherwise smart people are just so stupid.