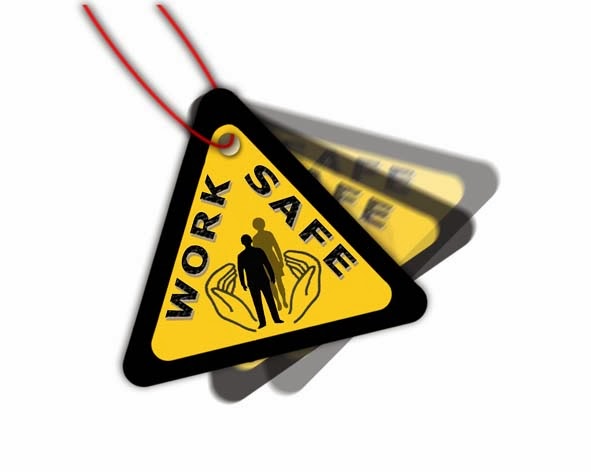 When I was a child, I lived across the street from a neurologist.  The neurologist shared his office with a psychiatrist, and I was told that one day, a patient walked into the office and shot the psychiatrist.  Last week, in Italy, a psychiatrist was stabbed to death by a patient.  We don't think about how dangerous it may be, but being a shrink has some risks.  Actually, being a person has some risks, and in Baltimore, fourteen people have already been murdered this year, more than one per day.

With that as a prelude, I was on vacation briefly in December; a quick trip to visit family.  In the hotel, I reached for my phone and looked at my Twitter feed.  After all, it's one of the ways I get the news.  Only I'm thinking of "news" in terms of local and federal levels, not personal information about my friends.  I read a tweet from Clink, and realized, oh my, she's been assaulted by a patient.  This she puts out on Twitter.   It was late, I texted, and in the morning I called.  "Are you okay?"  She was okay, and she still is okay, a little shaken.  I'm glad Clink is okay and if you'd like to read her perspective  on it, she wrote about on Patient Assault -- an insider's view over on Clinical Psychiatry News.
Posted by Dinah on Sunday, January 12, 2014

I read this post earlier today and now come back, and just have to ask two questions of Dinah and Clink:

1. Why have you challenged me about my concerns with general outpatient psychiatry being at increased risk for harm as forensic referrals are forced on Community Mental Health Clinics when I read this?
2. Is this how communication between people has degraded to, one "Tweets" of being assaulted and then writes about it on the internet further? Jeez man, if a friend of mine was hurt, I would hope the person might call me or leave me a voice mail message so I CAN HEAR THEIR VOICE how they are doing after such a horrendous experience.

Technology, gotta love it, make it simple, make it quick, make it superficial. Sure, you can accuse me of the same behavior by writing this post here, but, it isn't just 140 characters.

I am genuinely sorry to read of the assault that happened to Clink, but, to just reflexively say it is a waste of time and inferred as not therapeutic to consider filing charges, well, what is the message the perpetrator has gotten from the incident?

Gee, you can slap someone around and then claim "I'm not responsible". Bet this guy ends up at a CMHC in the next year.

I know nothing about this man, and I would bet $10 right now this will be the outcome! Interested in calling me on it?

I was hit by a patient when I was a resident. The hardest part was not hitting him back. One of the nurses said I looked like I was about to "go Brooklyn" on him. Fortunately, I wasn't injured, but it was an unnerving experience, heightened by my anger. I suspect it's the anger and feeling of humiliation at having been hit that might make psychiatrists inclined to press charges. But these are patients, and they've been hospitalized for a reason. Glad Clink wasn't seriously injured, and that she's not too shook up by it.

Dinah called Clink so technology has not totally taken over their relationship. As to whether Clink should have called first, I don't know how many people I would have called either after being assaulted. If she wanted to deal with it by tweeting and posting on the net then that's fine.

Uffda. I really am OK. It wasn't a horrendous experience. I only gave it 140 characters initially because I wasn't sure it was worth mentioning at all. I do have kind colleagues in real life and I talk to them in person every day. It was only later that I thought this might make an interesting column since you rarely hear this topic discussed from a first-person perspective, only academic and theoretical papers about whether to prosecute patients or about rates of PTSD in various professionals.

The fact of the matter is that it can happen to anyone, even if you're not working with forensic patients and even if you're not in the mental health field. As one of the commenters on my CPN piece mentioned, the people most at risk are the nurses.

As for the bet on when my assailant will be getting out, from what little I know of him since the assault I'd bet on "possibly never."

Now back to our regular programming...

The assault on a healthcare provider is just awful. I couldn't imagine as a patient to a psych ever putting my hands on her. My heart goes out to the assaulted forensic psych and I feel it was very brave to handle the situation as it was. Even though I may have pressed charges because you worry if another will be assaulted by this same patient. No one knows though what is the right way to handle it because what is right is different for each of us. Stay strong Clink and thank you all for sharing.

I, too, am glad that Clink is okay. And I wouldn't mess with her, she's been doing martial arts for 20 years, ever since her name was picked out of a jar for a free lesson.

I think in these instances, the victim is a bit shocked and distressed, I imagine it's hard to think through things like whether you want to press charges, especially when you're a bit overwhelmed with the event and then with the protocols that follow. In the early days of HIV, I had a needle stick in the ER, there was no protocol then and my on-the-spot decision, challenged by no one on my team, was to not get prophylaxis. Who can think then? (I fortunately didn't get HIV or Hepatitis)

Clink works in a forensic hospital -- You have to be violent and very sick to get in -- people with non-violent crimes are sent to state hospitals. People stay for years, this is not a standard community population. And the person who assaulted her is not HER patient, but someone she didn't know who approached her as she was leaving the unit.

Per Clink's comment above, exactly, and if patients see there are no consequences from violence, and let's have a moment of candor here, there is at least a 50% likelihood the patient is planning this for at least some period of time, so, no charge equals validation.

When nurses who were repeatedly being assaulted at an inpatient site I worked at started filing charges against the Perkins folks who thought they could rule by intimidation, the assaults dropped precipitously within the next 6 months. Oh, so did the Perkins folks getting sent back to Perkins.

Also, the people most at risk on units are THE PATIENTS who are simply psychiatric in admission most often. Yes, the nurses are more at risk than docs, but, we have to protect everybody, so, if someone really doesn't have the boundaries to participate in their treatment plan, how many assaults are tolerated before a more stringent environment is needed?

Forensics does not belong with general psychiatry until proven otherwise. Maybe your unit does not fit that opinion, but many others do.