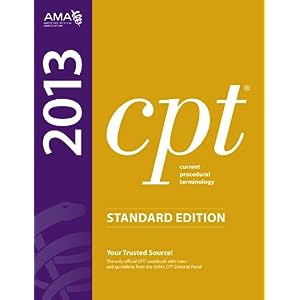 Over on Clinical Psychiatry News, my dear co-blogger, Roy, has an article on the value of organized medicine and the good things about the big picture of using E/M codes for psychiatry. He's a fan. Check out his article HERE.

Roy discusses why people (like me) don't like the new CPT coding and lists some reasons.  He's a big advocate of parity, and mental illness like any other disorder, so I do understand why he likes E/M coding, it's what the other docs do.  I also understand that it makes no sense to pay one fee for a 'med check' no matter how long or complex it is, and why E/M rates may make sense for psychiatrists who do nothing but med management.

In the context of psychotherapy, it still makes no sense, and Roy didn't cover all the bases.
Here's what he missed:

People plan for the expense of psychotherapy.  Doctors treat by their time.  If you're feeling well, and you come to spend an hour talking about how your mood's been good and how you've successfully managed some difficult relationship issues this week, you generally don't get a break on the price.  And if you show up in crisis, it's generally the same 50-60 minutes, you don't get charged more because the doc has to thing harder.  And it's good if the fee is predictable, how else can you know if you can even afford treatment?

The new codes require that specific things be documented, so if you're having a rough time, and the doctor needs to listen to what's going on in your life (I'll call that therapy, if no one minds), figure out if you're having a reaction or an exacerbation of illness, review your medications, talk with the distressed family you brought along who are hanging out in the waiting room, call your pharmacy, order tests, call your primary care doc, etc...okay, now the doctor has to add a few more steps: first, to call it a complex visit, he must do a more complete history and exam, including reviewing at least 10 or 14 bodily systems.  So in addition to the usual, you're getting asked about coughing and pooping and shortness of breath and weakness and easy bruising, and temperature sensitivity, and does it hurt when you pee?  And that may not be irrelevant, but even if it is, those systems need to be reviewed and documented as bullet points.  And the exam needs more bullet points, and these bullet points don't have to have anything to do with you.  I know at least 3 psychiatrists who are now taking blood pressure of every patient at every visit.  Does that make sense, for weekly psychotherapy in a patient with no history of hypertension?    And presumably, this all takes away from therapy time, and adds to Evaluation and Management time, but in fact, that may DECREASE the amount the psychiatrist gets paid.  With the current Medicare fees, the psychiatrist gets paid MORE for a 60 minute therapy session (53 minutes, actually) with a 99212 -- a low level E/M which requires almost no bullet points and documentation, then he gets if there are only 52 minutes of psychotherapy (therefore a 45 minute session is billed if the therapy is 38-52 minutes) and a 99213 E/M service which requires a bit more of an exam.  The bullet points just have to be there, they don't have to be medically relevant.  And, in fact, if a patient comes in with so much distress that psychotherapy can't be done and the only thing that occurs in a session is evaluation and management, but no actual therapy, the doctor gets paid notably less.  I won't speak for private insurances because I don't know what they are doing -- I hear that some are simply not allowing E/M codes, a clear parity violation, but this is only a week old, so we'll see.

As Roy points out, using E/M codes has always been an option for psychiatrists, what's new is that they are now forced to do so, and while it may make sense for med checks, it's a distraction to care that's given when therapy and med management are combined.  The templates are flying, they are pages long, and they don't include space to write why a medication was started or stopped, but of course they do allow space for review of the urinary tract.  It pretends to be precise, as if anyone could differentiate 37 from 38 minutes of psychotherapy, but instead, it makes liars of us all and encourages psychiatrists to ask questions or perform procedures they didn't see as relevant 10 days ago for the sake of higher reimbursements (either to themselves or to the patients).

And there's something unsettling to me that select proponents of these changes are charging to teach how to use them.  And the AMA certainly makes a bit of money selling their manuals for these codes.

Time-based psychotherapy with medication management should be reimbursed based on time, not bullet points.

Thank you for the post. Really find this whole situation very disappointing, by all parties involved. Rationalizing we should be doing primary care documentation is a very poor judgment call.

I will never take insurance should I return to private practice
the rest of my career.

My genuine apology to any offended by my position.

you can still bill for time, dinah.
http://www.psych.org/practice/managing-a-practice/cpt-changes-2013/current-procedural-terminology-cpt-code-changes-for-2013

Dinah, I planned for the expense of psychotherapy (psychiatrist provides meds and therapy, does not accept any insurance). If my psychiatrist either can't be bothered to take the time to figure out how to maximize billing (unlikely) or if insurance will not reimburse at the same rate, there goes all my planning.

Stop whining. It's getting old.

@anonymous: I am coming to Dinah's defence here. We outpatient psychiatrists are now trying to implement these changes. For those of us with a conscious it means we have to settle for using just a few codes and not worrying about what reimbursement it gives the patient, or trying to be accurate with the coding and accepting that it virtually destroys the way we have learned to practice to best help the patient. The option of trying to maximize reimbursement by asking questions to that purpose (called "treating the chart") is just wrong but is exactly what employers will be forcing their employees to do.

So whining about this for a few weeks is totally justified. I believe that the fallout will be even greater, and worse, for outpatient psychiatry than has been predicted by Dinah. As time goes on all residents will be so accustomed to using these codes that it will completely shift how they work with their patients.

It's happening before our eyes, and is worth whining about.

Dear Anon,
I agree with you on all fronts. I have spent hours and hours on this, see my article on Clinical Psychiatry News. I've taken courses, read, invested in a computer and programs, and created youtubes for others, and I fully intend to try to code in a way that will maximize patient's reimbursement without 'treating the chart' or reducing my practice to meaningless checklists.
One big problem at this point is that we simply don't know what insurers plan to reimburse or how to code such that patients will be reimubursed, it seems each insurer has their own method which doctors don't have access to.
And I agree that I'm whining.

I think these issues are worth whining about! I can't believe that there hasn't been more outcry from the psychiatric community and I wonder if that is because the majority of psychiatrists who work in private practice aren't aware of the implications of this yet or feel insulated from it somehow.

I certainly do my best work with patients when I'm rested, relaxed and open. These unresolved issues with coding, documentation and what the insurance companies are going to do are intruding big time in my therapeutic space! It's not to say it never did before, but it was manageable, now I don't see how it can be. I still can't believe this was implemented so quickly. I've called Anthem 5 times since the first of December and can't get any information. Guess I'll find out when the first EOB's for January come in.

Really a shame there are not more people taking a stand against what is yet another assault on responsible psychiatric care. The more the truth about this CPT change is being learned, and how interesting it is happening AFTER Jan 1st, the less I see anything redeeming about the AMA and APA.

Again, if you are an active member of either organization, what are you possibly thinking?! The people who run these organizations are just beyond hope. And I don't give a rat's derriere what anyone thinks of my opinion. I left both these organizations behind over 15 years ago and have no regrets.

I just have gotten some payments from insurance companies: New pt with medical = $10 less, when old payment was less than an hour of therapy payment. 99213 = $48!!!!

I may be flipping burgers in a few months.