What I Learned Part 2 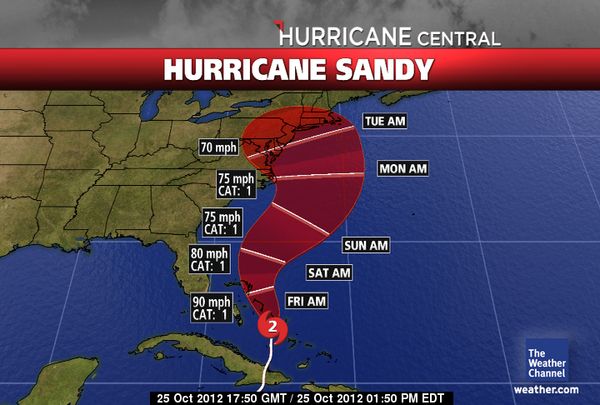 Oh my, it's hard to keep my mind on professional things when I see a hurricane headed toward my home. The airline says they're not expecting it to affect my flight back, but I'll believe that when I see it.

But on to the conference...

The poster session was notable for a nice outcome study done in Georgia about the efficacy and cost impact of a jail-based competency restoration program. Another poster about assisted outpatient treatment in New York showed that there was considerable variation in willingness to seek outpatient commitment, possibly related to available outpatient services. There was a presentation about the use of restraints in pregnant psychiatric patients which was interesting. There was a national survey of mental health program directors which showed that up to 80% of responding systems had no established policy about this.

There was a panel presentation about the AAPL guidelines for sanity evaluations, which are being updated. Members were given the opportunity to comment upon the current guidelines and any issues that needed to be revised.

I was pleased to see ethics featured prominently at this conference, including a very informative panel presentation about the process by which AAPL and APA manage ethical complaints and the difficulties writing and enforcing professional guidelines. I learned that about 10 to 15% of ethical complaints to APA district branches are related to forensic issues.

The luncheon speaker was David Kaczynski, brother to the infamous Unabomber Theodore Kaczynski. He gave a very moving talk about his early life with his older brother, Kaczynski's gradual withdrawal from his family and society in general, and the slowly growing realization that his older brother was indeed a killer. He talked about his struggle to come to terms with his suspicions, the impact on his elderly mother and what it felt like to be caught between preventing future murders and potentially sending his brother to a death sentence. He talked about his work after the trial, reconciling with some of the victim's families. My most memorable quote: "Teddy's bombs destroyed lives, but healing is possible."

The early afternoon session was a smorgasboard of random topics. There was a survey of judges regarding their willingness to allow defendants to represent themselves at court (pro se defenses). Judge weight heavily the defendant's ability to understand the risk of a pro se defense and the defendant's willingness to accept standby counselor. Psychiatric input is considered, but mainly as it related to a description of symptoms and impairment rather than the ultimate opinion of competence. There was a description of a telepsychiatry program used in the New York prison system, where fourteen facilities used teleconferencing to provide over 12,000 patient contacts in one year.

Finally, the secondary them of this conference appears to be the use of psychological tests by psychiatrists. The last session of the day was entitled "Psychology vs Psychiatry in Risk Assessment". The panel presented individual cases and general principles related to the use of violence prediction instruments and how they are currently used in forensic work. The limitations of these instruments were also discussed, which was interesting because this is not something that often gets discussed by those who use them (at least in my experience). One example of this was the use of a violence risk instrument for conditional release. Since the risk of dangerousness must be due to a mental illness, and since the instrument did not rely upon illness-based dangerousness, the instrument was not relevant to the legal question at issue.

So that was the day. You can follow my live tweets from the conference at: www.twitter.com/clinkshrink
Posted by ClinkShrink on Friday, October 26, 2012

Restraints for pregnant women is something i never thought about. eek, if we're talking chemical restraints i would worry about birth defects. if a baby is born with birth defects because of those drugs are there any cases where they grow up and sue the psychiatrist?