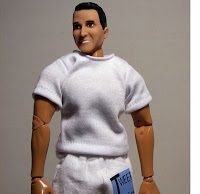 In Shrink Rapper world, we get a lot of email from publicists about books, TV spots, upcoming events.  This was in my spam box today:

Rep Anthony Weiner is expected to resign today after weeks of scandal surrounding his lewd text messages, tweets and photos.  Even in his tearful media conference, Weiner could not explain why he participated in such behavior.  According to NYU Medical Professor and Internist, Dr. Marc Siegel, the congressman’s behavior is systemic of a larger psychological problem, which must be addressed before fixing the addiction to online sexual activities.
Dr. Siegel says, “This seems to be an example of extreme narcissism, inflated self image, depersonalization, loss of contact with reality, addiction, and the power of the Internet as a medium (like the Wizard of Oz you feel you are hiding behind the curtain)”.
To discuss the dangers of addiction and steps to overcome the serious illness, Dr. Siegel is available to offer is medical knowledge.  As a medical practitioner and FOX’s House Doctor, Dr. Siegel has spent years diagnosing and treating people in the national media spotlight.
If you are interested in speaking with Dr. Siegel, please contact me at .
Best,
Rena
Rena Resnick
5W Public Relations
Oh my, I thought.  I read it twice. An internist is going to comment on Anthony Weiner's narcissism, motivations, sense of self, and contact with reality?   Sounds like a shrinky thing to me, but the Goldwater Rule prohibits psychiatrists from commenting on the mental state and diagnosis of someone they haven't personally examined.  Does that mean it's okay for other specialists to talk about the mental state of someone they don't know?  Hmmm...   I guess we'll see what he has to say, but I'm not so sure about this.
Posted by Dinah on Friday, June 17, 2011

The fact that ANYBODY, shrink or otherwise, pretends to make a diagnosis of Rep. Weiner demonstrates amply how thoroughly we have medicalized morals.

If this is written by Dr. Siegel's staff, then perhaps it is due to Dr. Siegel's "extreme narcissism, inflated self image, depersonalization, loss of contact with reality... and the power of the internet" or maybe he's just greedy and sees this as a way to make a buck. There is a current trend in the media for so-called experts to discuss things they know little about.

Sunny CA,
Oh, poor Dr. Weiner the psychiatrist in Medford!
I did have the thought that maybe he was just spouting off to the publicist (this is not illegal, psychiatrists are allowed to ramble and say dumb things, just not to the media or in a public forum) and that maybe she stuck his views, or her interpretation of them (?) in a mass email, because I realized there is not a reference to a media link here, it's just an email offering his commenting/interviewing services.

Should I take this down?
Should I ask Dr. Siegel to Comment on it?

I should go to work now!

Googled Rena Resnick at 5W Public Relations. The releases from her look professional. I bet she knows nothing about this. The whole thing looks like a set up.

It is interesting that the media, and the mental health professionals they bring in, seems to have found ways around the basic ethical boundaries we have established in each mental health field. I was taught to never ever ever diagnose anyone I didn't assess! That includes friends, family, coworkers, and people I meet at the grocery store. I may have my own PERSONAL opinions on the people around me, but nothing on the record or that I would share in a public, RECORD-ABLE forum. We can speculate about things as the day is long, but that is different from an official statement. And yet I have watched multiple morning shows where professionals offer diagnoses for people they have never met because they fit a certain profile that professional is used to working with. Respect for the privacy of others is one of the main tenants of our work- lets leave making a buck off of other people's suffering to the media and the tabloids.

Dinah, the article you quoted looks like a Spam link from Nigeria! With dangerous link-traps! Delete it. Maybe we could blog on the subject of internet addictions (or some such subject) without that Spam stuff.

I found it amusing to read this blog post and certainly this sort of thing does happen even if this is spam and not a real email from Siegel. It might be unfair to Dr. Siegel to post it here if the spam originated from someone else. Perhaps you could leave it and label it as possible spam clearly near the top.
I also feel sorry for Dr. Anthony Weiner, psychiatrist from Medford, MA and all the other Anthony Weiners out there who are not the tweeting representative.