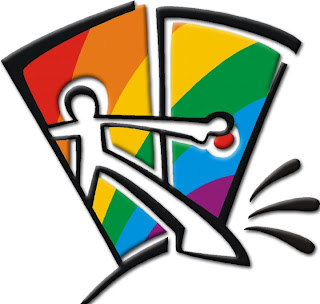 Please visit: Hot Grand Rounds-- The Summer Solstice medical blog posts with the pretty pictures, including a pink urinal with teeth.  One could ask for anything more?
And Please Visit Clink's post over on our Shrink Rap News blog on ethical issues related to the psychological report on the suspected Anthrax killer.
When you're finished reading, please return Here to comment.

******
From today's New York Times, Benedict Carey writes about  Dr. Marsha Linehan, the psychologist known for her work with DBT.  In "Expert on Mental Illness Reveals Her Own Fight," Carey writes:
Marsha Linehan arrived at the Institute of Living on March 9, 1961, at age 17, and quickly became the sole occupant of the seclusion room on the unit known as Thompson Two, for the most severely ill patients. The staff saw no alternative: The girl attacked herself habitually, burning her wrists with cigarettes, slashing her arms, her legs, her midsection, using any sharp object she could get her hands on.
The seclusion room, a small cell with a bed, a chair and a tiny, barred window, had no such weapon. Yet her urge to die only deepened. So she did the only thing that made any sense to her at the time: banged her head against the wall and, later, the floor. Hard.
“My whole experience of these episodes was that someone else was doing it; it was like ‘I know this is coming, I’m out of control, somebody help me; where are you, God?’ ” she said. “I felt totally empty, like the Tin Man; I had no way to communicate what was going on, no way to understand it.”

Email ThisBlogThis!Share to TwitterShare to FacebookShare to Pinterest
Labels: hope

This is an amazing article that touches on many of the subjects discussed here (was the NY Times reading Shrink Rap?). Marsha Linehan is a famous psychologist - she realized among other things the importance of self acceptance in the face of a severely punitive conscience.

And hope is the one thing that helps people the most.

You said, in the last post:
"Duane, you were doing so good... sigh"

I'm still doing good!
How are you doing?

What's not to like about this story? A shrink who empowers her clients, and does so without neuroleptics or electroshock!

wv = testo. Me an' my best buddy hormone are on a first name basis.

I am from Seattle, but trained in New York. When I came back I became familiar with Linehan and DBT through referrals from therapists. My lack of comment comes from the general feeling/surmising that Dr. Linehan's history is as she describes it based on her behavior/her previous disclosures. Who better to develop Dialectical Behavioral Therapy? She is the first psychologist to realize and describe that most women with borderline personality disorder were sexually or physically molested in early childhood. Linehan was the first in the English speaking world to deconstruct Freud's "hysterics" as, in fact, having been molested in the pre-verbal stage and emerging with cracked ego structures as this having caused their symptoms (not fantasies of sex with molestation per Freud). While building on his work, she has contributed more than Kernberg to the diagnosis and treatment of Borderline Personality Disorder.
I respect that she is publicly disclosing her own past. Though I am analytically trained and too young for it, I am drawn to the work of Sheldon Kopp: therapist and patient are both pilgrims on the same road. The Rogerian approach is no longer respected in psychiatry as psychiatry is under siege. However, such self disclosure is at the center of psychiatric training process. (I think one of the weaknesses of many psychology programs is that they do not require psychotherapy of their degree candidates.)
Linehan has done more for the treatment of those with borderline personality disorder since the diagnosis was codified.

"Without neuroleptics or electoshock" seems to do the trick for lots of folks.

Maybe psychiatry will get the memo soon.

Duane,
If read up on Axis II disorders and you will see why biological approaches to them do not work. I am not going to spend a lot of time explaining it to you BEVAUSE you tend to barrage with links to websites. I refer you to the DSM-IV on Borderline Personality Disorder. Not all psychiatric disorders work in this way and are generally unresponsive to insight based psychotherapies. I suggest you treat those with the condition for 6 months and get back to us with your snappy comments....