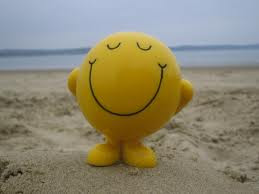 On Tara Parker-Pope's NY Time Well Blog, she tells us that in places where people are the happiest, for example Denmark & Sweden, for example, have the highest happiness ranks, and the highest suicide rates. This is perplexing.

And apparently, the various United States are also ranked. New Jersey, where I grew up, is the 47th happiest state-- surprising given Full Serve gasoline, good pizza, and beaches. You were looking for something more out of life? Also it has the 47th suicide rate, so the miserable apparently tough it out.

After analyzing the data, the researchers found a relationship between overall happiness and risk of suicide. In general, states with high levels of life satisfaction had higher suicide rates, according to the report, which has been accepted for publication in The Journal of Economic Behavior and Organization.
“Perhaps for those at the bottom end, in a way their situation may seem worse in relative terms, when compared with people who are close to them or their neighbors,’’ said Stephen Wu, associate professor of economics at Hamilton College. “For someone who is quite unhappy, the relative comparison may lead to more unhappiness and depression.”
Dr. Wu noted that other studies have found that people react differently to low income or unemployment depending on how common it is in their community. “If a lot more other people around them are unemployed, it doesn’t seem so devastating,’’ he said.

I'm not sure one idea leads to another. Could there be another factor here? How do suicide rates correlate with the availability of mental health professionals, for example? Or with the price of chocolate in a give region? And how happy is my state?

If you haven't taken our Shrink Rap survey on Attitudes Towards Psychiatry, Please do -- you can get to it by clicking HERE
Posted by Dinah on Monday, April 25, 2011

Email ThisBlogThis!Share to TwitterShare to FacebookShare to Pinterest
Labels: suicide

I was reading "The Local" discussion boards for a while -- this is an online forum for expats (mostly British) living and working in Sweden.

One thing struck me: many of the people said that as much as they loved Sweden, they felt blunted there. They missed the competitiveness of the old country -- In Sweden, everybody from kids in preschool on up is expected to toe the line, adhere to the norm, not make waves, etc. The Brits said they missed the stress!

I would imagine that if you couldn't stifle your individuality to conform to Swedish norms -- whether you were born there or not -- you would become depressed and perhaps suicidal.

And I also learned that the Swedish health system is not as great as perhaps we all imagine.

And then, there are all those dark Winter months to get through.

Ah yes... the chocolate factor. Too often overlooked.
I can't think this research means that people commit suicide when they are happy. Something happened to shift them from happiness to enough unhappiness to want to end it. I wonder how long they were unhappy before committing suicide. Research tends to open as many questions as it purports to answer, doesn't it?

DAMN IT I had a really good comment and now I'm frustraTED that Blogger stole it. It illuminated different points that the article didn't mention, and since I've been suicidal lately, even having been suggested by psychologist taht I go in the hospital but I refused, well, I'm the perfect perspective for this subject right now. May attempt to rewrite it later, too frustrated right now.

I suspect we all will be mulling this over. There is so much to it. One thing about which we probably would agree is that it underscores the importance to us shrinks in meeting our patient's affect with empathy, "being there" with him. This means, among other things, of being warm without pushing ourselves on him, interested in listening to him, and particularly sensitive to not being perceived as cold and clinical.

I read somewhere once that a study showed that patients who tried to suicide, but survived, recalled that prior to the attempt they felt particularly alienated, that something had happened to convince them there was no hope. Often it turned out to be some slight which had been unnoticed by others.

I read that article and also found the conclusions to be counterintuitive. Since people must be self-reporting happiness, might people in certain places feel inclined to tell a survey-taker that they are happy and be disinclined to admit unhappiness to the extent that they would not seek help?

I wondered when reading some of the state figures if states which attract people to move there due to climate and beauty might attract unhappy souls trying to find happiness and when they find they still are unhappy they commit suicide. Hawaii for example is second in life satisfaction (and is gorgeous!) and the fifth highest suicide rate (suicidal people who moved there from other states?).

Places like Denmark and Sweden also have very cloudy/rainy seasons like the Pacific NW. I think the lack of sun in places like the Scandinavian countries contribute to the suicide rates. It seems like despite the "happiness" of the country, there is a positive correlation between lack of sunshine (low Vitamin D) and suicide... as demonstrated by the high rates of suicide in the Pacific NW.

I've found that happier people are often (not always) the ones who, if the unforgivable suicide word is mentioned, only see the selfish aspect of it and not the distress and mixed-upness and desperateness behind it; they seem unable to empathize, to put themselves there, WHICH of course, if you haven't been there, it's hard to do it, but there are a few gems of people who see to the heart of it and don't just tell you you are being selfish.

You become afraid to reach out for help when suicidal because people won't understand, or you fear they won't, especially the happier they are, because another thing I've found about happy people is they've set boundaries in their lives, that often exclude associating with people who could possibly be "needy" or bring "negativity" or "drag them down with them". I can understand limiting when people are too needy, or ALWAYS and ONLY talking about when they are down, but there are times that that comes to the forefront of my world, and then it wanes and I can see other things . . . it's not like this illness is my FAULT, and people set these "boundaries", most often in blissful ignorance of how it adds to the despair of people like me. I do my best to curb my neediness, but I admit, if I am going through a really BLACK time, then I will need more support than at other times.

If someone came down with a chronic illness, perhaps a few in their lives, or some, might either desert them or not provide support, but many people would provide help where they could, especially if they are close family members. It would be UNDERSTOOD better than the suffering that goes with mental illness and EMPATHIZED with as to what the chronically ill person was going through, at least to some degree.

Feeling like you are unwanted just because of how your illnesses affect you (and yes I know it's my part to do the best I can) is DAMN DEPRESSING.

I've found that most (not all) happy people tend to provide little to no support, tend to be judgemental, and would prefer to pretend that suffering and need don't exist, or that there is something inherently WRONG with those two things.

There was at least one other point in my original post, but I can't remember it now.

It makes perfect sense to me for many of the same reasons Sarebear mentioned. I have never felt so alone, isolated and avoided in my life. All the happy people I know, including every member of my family, can't off the phone fast enough if I call and tell them I am struggling. The thing is, I rarely call because I know I will be rejected, so when I do get brave enough to call I really, really am desperate for someone to empathize and care about me. You'd think I'd learn to just not call, but all that gets me is even more isolation. The irony is, while I want to die pretty much all the time, the only reason I don't commit suicide is because I don't want to hurt that same family I feel hurt and isolated by time and time again.

Perhaps it is possible to measure the happiness rate in a given country and it is possible to measure, more or less the suicide rate. But the fact that the happiest places, measured by what, I am unsure, have higher suicide rates does not mean that the happy people are the ones committing suicide. It means that you have more people at either extreme and fewer in the middle. Also, I am fairly certain that some places that are probably ranked as less happy--Belarus and the like--have higher suicide rates than those of Denmark or Sweden.

I think I'd like to see the raw numbers. Ranks can provide misleading information about the size and significance of differences.

One trivial explanation could be that people who suicide aren't around to answer questionnaires about happiness, and so their responses are not accounted for in the surveys. Whereas those who are miserable but alive are counted and drag the averages down.