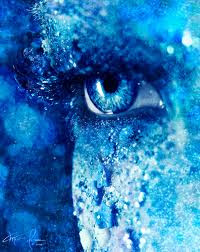 Adele and Paul spent the episode sparring. It's reminds me of some of his sessions with Gina, only not as good. Adele's manner feels forced, like she's reading her lines, and they all have the same inflection. Paul calls her 'remote,' and 'a Freudian ice goddess," that is when he's not cursing at her, saying she's a narcissist, or accusing her of purposely humiliating him by letting him express fantasies about having a relationship with her when, in fact, she's pregnant. She does inspire him to call Sunil's daughter-in-law and to see Sunil as a more imminent threat.

Watching a half hour on TV is draining enough. Glad my days aren't so filled with conflict, anger, angst, and interpersonal confrontation.
Posted by Dinah on Wednesday, December 01, 2010

It was interesting that at the beginning Adele was in a twin bed. Then we find out she is pregnant. When Paul made the statement about her being happy in a relationship after he learned that she is pregnant, she asked if that is what he thinks, or something like that. Makes me wonder if she is alone and unhappy, and maybe she called Paul for that appointment because she had a moment of weakness because she actually is attracted to him. Am I way off base here????

Perhaps she is a lesbian who does not live with her lover (although I am and do not and still have a non- twin bed).

I would have thought that most therapy sessions were like this with most clients. Is this not true?

Anon 1: I had the same thoughts.
Anon 2: This is not what therapy is like. People usually have some sense that their therapist is on their side, not trying to humiliate them, and generally people come to talk about their lives and get better from psychiatric disorders, not to struggle with their relationship with the therapist. People don't get better if it's all a struggle: they get angry and defensive when they feel attacked and they shut down rather than open up. I don't know what it is these people are doing, but it doesn't look very helpful.

Occasionally working on the therapeutic relationship can be instructive, however. in recent months, I've often blown up at him for no reason; heck, even in my comments here, I've shown some barely repressed anger at therapists in general. This isn't like me, overall. If I look at how I've been in therapy over the course of our therapeutic relationship. But in the last 4 months, it has been coming from somewhere inside me, and it was thought to have been general anger at men because of my husband's continued joblessness, but I just figured out why recently where it was coming from, all this anger at my therapist, and at men in general, and at authority figures in general as well; I've been really pissed off, although what turns out to have been the trigger event, WAS more deeply hurting than I had thought, at the time. I didn't realize how much, until I figured out, connected the dots, of where this anger was coming from, and surprised me to no end that I had a hidden source of anger, a hidden reason for it, and I was even dismayed, because I thought I had chosen at the time to accept the situation as it was, while giving myself space to process the pain and all that, to avoid problems of undealt with pain like this. Not that I've ever had a problem crop up so OBVIOUSLY (in retrospect) of undealt with pain, but anyway . . . .

In the interim, over these few months, the therapeutic relationship "broke", and we worked through my having to, from my perspective, feeling like it was broken, and how does one work on fixing it, and stuff, and that was good for me, to deal with a break in empathy and how one comes back from that. Not that it was good to have happened in the first place, as he commented, but since it DID happen, at least I could learn from the experience, anyway. That may sound cold, and it's not exactly how he put it, lol. He put it more like, it's inevitable that, in life, a break in empathy in your relationships at some point may happen, and having dealt with it in this one is a model for how to possibly deal with it later, in other ones. Or maybe that's how I paraphrased what he said, it's how I'm doing so now.

Anyway. I feel alot lighter, having figured out why the heck I'd been so angry in therapy, cause it wasn't like me. Now I can go back to my regularly scheduled self, and not being pissed off at him anymore, or at therapistst. I hope.

I wonder why Paul does not go to a male therapist.

"I wonder why Paul does not go to a male therapist."

It's interesting that from all the series, the scenes we get that cover his relationships outside his practice with adults (his wife, Gina, Adele) are all with females and all incredibly charged. I wonder if the writers are getting at an underlying anger towards his mother, and how her illness has affected his life. No doubt I am shockingly over analysing this (but that's the fun of this program, right?).

I'd love to see him seeing a male therapist in the next series, and seeing what the dynamics of his male relationships are like.