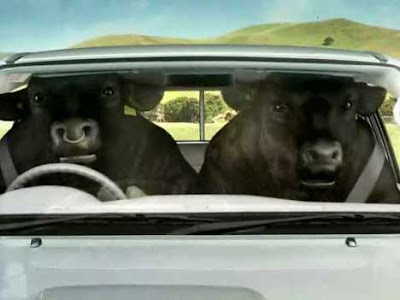 I received the following e-mail from a friend. Copied without permission:

I get some of the craziest emails but this one is short and pretty good. I mean, we're all a bit nutty…but really.

Read this question, come up with an answer and then scroll down to the bottom for the result. This is not a trick question. It is as it reads. No one I know has got it right.


A woman, while at the funeral of her own mother, met a guy whom she did not know. She thought this guy was amazing. She believed him to be her dream guy so much, that she fell in love with him right there, but never asked for his number and could not find him. A few days later she killed her sister.


Question: What is her motive for killing her sister?

[Give this some thought before you answer]

She was hoping the guy would appear at the funeral again. If you
answered this correctly, you think like a psychopath. This was a test by
a famous American Psychologist used to test if one has the same
mentality as a killer. Many arrested serial killers took part in the test and
answered the question correctly.


If you didn't answer the question correctly, good for you. If you got the answer correct, please let me know so I can take you off my email list. (ha)


So I got it right....I promise I haven't killed anyone, but apparently I'm off Harry's e-mail list. The picture, by the way, was stolen off Fat Doctor's blog. Psychopathic cows for sure. Clink, any thoughts here?
Posted by Dinah on Thursday, April 24, 2008

Wow, got me on that one. Though, obviously, I'm delighted I'm not deemed to be a psychopath...

Here's the true test of a psychopath:

How many weapons can you fashion out of a pencil?

I LOVE the cow photo.

Where do you get all these great photos? I also loved the anniversary photo. The feet were so expressive and the special effects done to the photo were great.

I admire the photo selection over and over again, so 5 stars to whoever is finding them.

A pencil is a weapon without needing further fashioning. I saw this in year 3. Clearly Joanna is a psychopath.

On the first day of med school we were told that the interview process and professional development stuff during our course were designed to weed out the psychopaths and sociopaths. So far only one person I know has been weeded out...

This is such a common and untrue story, it is listed on Snopes.com as an urban legend:

Thanks for the compliments. The photo was stolen from Fat Doctor. All the photos were stolen, except for the feet, which really are our own, Roy takes them and then colorizes them. He's really good.
I'm not surprised this is a hoax, I put it up because it was fun to post.

Okay, now I've been thinking about the pencil question forever. Freakishly perhaps it was what I thought about before bed last night as I was falling asleep.

The pencil itself can dangerously staff someone. Also, the metal that holds the eraser is pretty sharp if pulled off... you could slit someone's wrist? Other then that... I dunno.