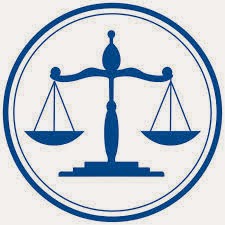 Hello from Chicago and the 45th Annual Meeting of the American Academy of Psychiatry and the Law!

One of the Shrink Rap traditions is that I blog tidbits that I picked up at various sessions of the forensic psychiatry conference. This year's conference was preceded (for me, anyway, not for all attendees) by a three day review course in preparation for my mandatory recertification exam next year. This is another way of saying that I'm starting the conference in "listener overload" mode, so my notes may be a little light this year.

As usual, the conference started out with a keynote address by current president Dr. Richard Weinstock. He gave a thoughtful presentation about forensic ethics as it pertained to consultation to the courts. He covered the essential ethical imperatives, the mandate to maintain impartiality and respect for persons, the presented several situations where these issues come into play along with a few other secondary considerations. This was good basic ground to cover for early career forensic psychiatrists. Of course, forensic psychiatrists do more than consult to the courts and I think in this post-9/11 age we need to think about broader potential role conflicts, particularly for those involved in consultation to law enforcement and national security agencies. But there's only so much you can cover in an hour.

Ethical issues---the theme of this year's conference came up again in a session about competency assessments of immigration deportees. I wrote about the dilemma of mentally ill detainees for Clinical Psychiatry News in my column "ICE and the Inpatient Psychiatrist." The challenge with these evaluations is that you have to determine whether the respondent is mentally capable of acting as his own attorney at a deportation proceeding. Never mind that even most lawyers have no knowledge of immigration law, and we expect a mentally ill non-English speaking person to be able to do this? What ethical issues? The good news is that steps are being taken and a policy is in place to provide qualified representation to these folks.

There was a panel debate on the indefinite civil commitment of psychopaths. This is more of an issue in the UK where they have a law which allows for this, but here in the US we have commitment laws for sexually dangerous or sexually violent individuals. There was no one in the packed conference room who was truly in favor of the "pro" side of this; even the lawyer on that side of the debate panel was careful to qualify his presentation so that people would know he was presenting a theoretical viewpoint which was not his own.

Last but not least, there was a panel presentation on the ethics of involvement in traditional media. There was a talk on the history, content, and implications of the Goldwater Rule and the extent to which television and talk show appearances could be used for public education without crossing certain boundaries. Again, a pretty basic talk covering issues I've written about before on this blog but it was good to cover again for the trainees and early career docs in the audience.

So that was the first day of the conference. For those of you interested in a more real-time data feed you can follow me on Twitter at https://twitter.com/clinkshrink using hashtag #2014AAPL.

Posted by ClinkShrink on Thursday, October 23, 2014