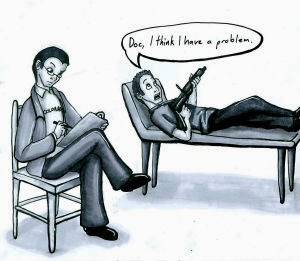 There's an article on the front page of the New York Times today titled "Mental Health Issues Put 34,500 on New York's No Gun List."  Anemone Harticollis was able to get data that I was unable to obtain when I wrote about this for Clinical Psychiatry News last November.  It doesn't sound like she got that information easily.


The way the law has played out, local officials said, frontline mental health workers feel compelled to routinely report mentally ill patients brought to an emergency room by the police or ambulances. County health officials are then supposed to vet each case before it is sent to Albany. But so many names are funneled to county health authorities through the system — about 500 per week statewide — that they have become, in effect, clerical workers, rubber-stamping the decisions, they said. From when the reporting requirement took effect on March 16, 2013 until Oct. 3, 41,427 reports have been made on people who have been flagged as potentially dangerous. Among these, 40,678 — all but a few hundred cases — were passed to Albany by county officials, according to the data obtained by The Times.


Despite the breadth of the law, significant loopholes remain. Outside of New York City, permits are not required to buy long guns, so nothing would stop someone in the database from buying a shotgun, for example, after being released from a hospital. Also, it is unclear exactly how the process for confiscating someone’s guns is enforced. And law enforcement officials may not even be aware of all of the guns someone owns.

I'm going to point out a few things:
--While the database does not prevent the ownership of long guns, it also does nothing to address the gun ownership and access in family and friends.
--None of this relates to illegal guns.
--We don't have data to confirm if taking these guns or preventing certain people from purchasing guns has resulted in lower homicide or suicide rates.
\
Posted by Dinah on Sunday, October 19, 2014

It's a good thing I don't live in NY, because if I did I wouldn't have a thing to do with a psychiatrist or therapist. I have no desire to be classified in a database as a potential murderer. That's insulting.

Also, it's stupid to think that anyone in the U.S. who wants a gun wouldn't be able to get one simply because they're put in a database. You could put me in a database, and if I wanted a gun I know countless people I could get one from in about 10 minutes.

NY needs to focus more on removing the stigma of seeking help instead of increasing the stigma. Maybe then depressed medical students could feel that they could reach out to someone rather than jumping off buildings.

The more punitive you make it to seek mental health treatment, the less people will seek care.