PTSD and the Forensic Psychiatrist 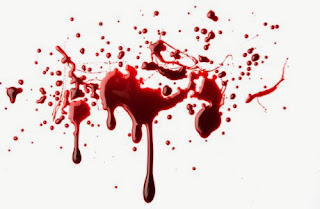 This blog post is aimed at anyone considering a career in forensic psychiatry. Please read this interview in the Ottawa Citizen entitled 'Tough forensic guy' John Bradford opens up about his PTSD'.

I'm going to preface this post by saying that I know the man featured in this interview. He is an extremely accomplished and internationally recognized authority on the evaluation and treatment of sex offenders. To think that we could have lost him is a devastating idea to me. He has always been respected within the forensic community, but I respect him even more after this interview.

In this article Dr. Bradford talks about the recent stress a pretrial evaluation placed upon him when he had to work overtime, under a deadline, to evaluate a sexually sadistic murderer. He was required to watch actual videos of the crimes, to witness the killings and to hear the pleas of the women he knew were doomed. The experience brought back recollections of other serious crimes and cases he had been involved with in the past. In the interview he discusses the effects this had upon him over time and the challenges he faced when he finally needed to get help dealing with it. Getting treatment was particularly difficult for him, both because of his prominence but also because forensic psychiatrists are just supposed to be able to handle this stuff. In his own words:


“It’s complicated,” he says. “In my case it was macho. I’m a top forensic psychiatrist and I saw it as a weakness. I don’t talk about the treatment much because it’s difficult for me but getting to it early is important.”

I understand completely what Dr. Bradford is talking about here. Over the years, forensic psychiatrists end up hearing and seeing information about crimes that are pretty terrible. We see digital photographs of crime scenes, autopsy photographs, surveillance videos of murders, suspect interrogations, phone call tapes, written letters and other pieces of evidence that relate detailed information about violent crimes. A single case can require weeks and hundreds of hours of study with repeated exposure to horrible events.

Even without developing PTSD this can change your view of the world a bit. At times I joke that when I give directions now I don't use street names anymore, I give directions in terms of crime scenes: "Take a left and drive south a few blocks until you get to the church that was the scene of the ice pick murder, then take a right until you get to the samurai sword decapitation..."

There are prohibitions about talking about active cases, for legal reasons, but there are also good clinical reasons why you don't talk about your cases with friends and family. Once you get these images in your head they don't go away, and it's not fair to place them into the heads of other people. I warn my program applicants about this too.

To a certain extent, medical training weeds out people who aren't able to handle this. I think there's a reason why my medical school put anatomy class as the first class on the training agenda. After four months hanging over a formaldehyde soaked body, it took me a while before I could eat chicken again. The muscle fibers and tendons just didn't look the same after anatomy class.

Some people complete forensic training and never touch a forensic case again and never do forensic work. I've often wondered about that, and wondered what we could do ahead of time to help people decide if they're really cut out for the work. Given Dr. Bradford's interview, we should probably also think about what we should be doing to look after the people who stay in the work.
Posted by ClinkShrink on Saturday, November 16, 2013

We discretely and supportively look after physicians who have crossed boundaries with their patients, or who are impaired in their ability to perform their work because of substance use. We have systems set up for this. How much more so should we look after someone who is suffering because he is properly doing his job?
Is there such a thing as a process group for forensic psychiatrists?

Psych: No, there isn't. To my knowledge this is the first time this has ever been discussed or mentioned.

While I think it is nice you share this situation with the readers here, I have to ask very sincerely but determinedly, what is your point when I have asked in the past what Forensic Psychiatry is doing for the general portion of the profession when dumping the lesser but equally disruptive population of the antisocial element on those NOT trained to handle such problem people?

Telling us a seasoned and well trained man was overwhelmed, well, what about us who are not just overwhelmed, but overmatched??

Again, why we have prisons and graveyards. Insensitive, maybe, but, I think it is a realism and appropriate boundary.

This was an interesting and educational post in the end, so thank you.

Given that there are about 50,000 felonies a year in Maryland and fewer than about 2000 forensic psychiatrists nationally, it's pretty likely that the "antisocial element" you speak of has probably never even seen a forensic psychiatrist much less been evaluated by one. I understand that clinicians on the outpatient public sector feel unequipped and overwhelmed to handle forensic clients, which is why I'm training more to try to help out. I've also recommended setting up a liaison system for consultation and coordination with other agencies, because some of these folks do require closer monitoring and supervision.

I saw this as It's fine to get help if your work is causing you stress leading to distress and symptoms. So Dr. H, I think it's fine to talk to someone if you're overwhelmed, but not over-matched.

Therapy is expensive and time-consuming, I think that alone serves as a deterrent for those who are having transient, minor, expected difficulties at work.

It's the usual part of training (or it once was) that those planning to be therapists might choose to have a personal therapy. What's different here is that this was an experience psychiatrist, and what's really different is that he came out in a very public venue and told people he'd needed help. It takes some courage to do that, and it's helpful to others who might struggle with the idea that they "shouldn't" need help in the later parts of their career.

I once had a supervisor, a man in his 50's with substantial prestige, tell me he'd been in analysis and had continued in weekly therapy with his analyst for over 50 years. He was obviously proud to tell me this because he offered it before we really knew each other. Another well-respected psychiatrist recently told me that her therapist of decades had just retired.

If you're hurting, get treatment. Announce it only if you want to, but there is no shame in getting help. Like any medical issue, I believe in the right to privacy or to reveal what you want.

If you're not troubled/disordered/distressed, but you find that the work of therapy and of processing the issues in your life (whether they be blood and guts or just what emotions get roused by your daily struggles), is helpful, then go for it. But I guess I think that if you're not seeking treatment for emotional pain, then maybe consider paying for it yourself rather than charging it to your insurance. Now that would be a contentious topic to discuss!

Oops, the therapist in his 50s had been in treatment for over 20 years, not 50 years. No infant psychoanalysis going on her.

That is a very triggering picture.