What I Learned: Part 3 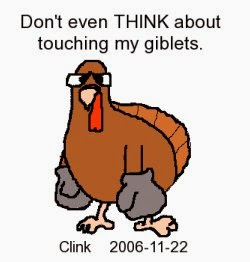 Usually I write about the conference in the order that I hear things, but in this case I'm changing things around a bit to start with the topic I know most of our readers would be interested in. Involuntary treatment.

A Canadian nurse presented the results of a small but interesting study about the experience of being placed in a seclusion room. She developed a list of open-ended questions that she asked of both the nursing staff and secluded patients, 13 of each. Most of the patients who had been placed in seclusion had a psychotic illness, either schizophrenia or schizoaffective disorder. Five also had antisocial personality disorder.

Both groups were asked about the reasons for seclusion, their attitude toward the quality of care received while in seclusion, whether it was necessary and finally given the opportunity to describe the "ideal" seclusion room.

As expected, the nurses rated "safety" as the number one reason for use of seclusion, and none saw it as punishment. They emphasized that alternative interventions were always preferred and that extended negotiation was often used as a means of avoiding it. They emphasized the importance of having a good rapport in order to avoid escalation. Although the nurses were evenly divided on whether seclusion improved or impaired the quality of care given, most agreed that seclusion rooms could be beneficial in the short term for a patient's mental state. They reported feeling shaken and traumatized themselves when required to put someone in seclusion and said that debriefing with a colleague was helpful. They consistently emphasized the importance of a "QTIP" attitude ("quit taking it personally") when threatened or assaulted: "They could be cussing at you...spitting at you...hitting you. But you got to put all that aside because you know that's not the real person you were talking to the day before."

The surveyed patients had been placed in seclusion for an average of four or five days in the past six months. All but two patients had negative reactions to the experience and did not find the room beneficial for their mental states, although most understood the reason for the intervention. The experience was described in a wide variety of negative terms, but the most prominent theme was boredom. Two patients had positive reactions to the experience: relieved to avoid the stress of a potential confrontation with other patients, or even the opportunity to be "more creative" when left alone. The nursing protocol generally required the nurses to minimize patient stimulation and this meant that staff tried to minimize communication, and patients generally didn't like this. They were more likely to describe the experience as punitive, or used as an alternative to spending time with the patient. Lack of privacy, cold temperatures, difficulty with access to showers, soap and dental hygiene were also cited as a problem. Some patients were even served "finger food" rather than be trusted with utensils.

Both groups agreed that seclusion was a preferred alternative to physical restraints.

As a result of this study the group came up with recommendations to modify the physical conditions of the seclusion rooms, to provide more opportunities for interaction with staff while in seclusion, and to offer the option of listening to music.

This was the second presentation this week in which a project was organized and lead by a ward nurse, with resulting concrete recommendations to improve direct patient care. Nice.

Now to back up and discuss the poster presentations:

There was a survey of more than 600 Pittsburgh police drawn from all levels of service, including command staff and investigators. The purpose was to assess their attitudes toward the usefulness of mental health involvement in police matters. Most respondents rated crisis debriefing or personal counseling relatively low, but rated utility high for help with crisis or hostage negotiation. Interestingly, although most respondents weren't investigators (thus, had no direct experience with it) many rate "profiling" or investigative assistance as highly useful. About 25% of the respondents had been through CIT (crisis intervention training) and it was going to be made mandatory.

I'm a bit biased about the next poster since I know the investigator, but it's still a good one. It involved a battery of neuropsychology tests to look at which cognitive functions were most correlated with good or poor vocational outcomes. In other words, disability determination. Out of the entire battery, the strongest predictor was cognitive processing speed as measured by a simple paper and pencil test that took six minutes to administer. I thought this finding had intriguing potential for further study to look at correlations with general competence to stand trial.

There was a national survey of correctional mental health systems which tried to identify barriers to psychiatrist recruitment and retention. The most interesting part of this for me was the fact that anxiety or fear of the correctional environment was the biggest barrier to recruitment but the lowest factor for retention. That's consistent with my experience bringing new staff in to prison: after a few weeks you realize it's just not as horrible as everybody warned you it would be. (Or that journalists report.)

A poster about "Big Data" presented the results of a national survey of AAPL members regarding their use of Internet search data in clinical and forensic practice. About half regularly did Internet searches or reviewed social media related to their cases, and most have found useful information. Most thought there was a need for better guidelines for this practice given the ethical issues involved.

Today's session reflected ongoing concern about gun laws and firearm related violence. One poster presented the outcome of seven years of experience with a firearms seizure law in one Indiana county.  Court data from 2006 to 2012 was presented. During this time only 254 guns were seized. In the early years (2006 to 2007) most patients didn't bother to show up for their firearm retention hearing, or they voluntarily surrendered the weapon. In later years, courts dismissed the case and  returned the weapon in 80% of cases. The time to resolution of the case averaged 300 days. In two-thirds of cases, reason for seizure was threat of suicide and 3.5 weapons were recovered when the police transported the patient to the ER, voluntarily or involuntarily. In other words, the seizure law didn't take many weapons off the streets but it did make people more adamant about getting their weapons back. There was no data presented about suicide rates during this time.

At a panel discussion about gun laws since the Virginia Tech shooting I learned that in 1999, the first year that NICS (the background check system) went live, 81,000 firearms applications were denied (only 1.8%) and fewer than 0.1% were denied due to mental illness. By 2012, still only about 1% were denied but mental illness was the basis for 22% of the denials. I also learned that in order to take possession of a revoked weapon, police can only knock on the door and ask for the weapon. Apparently revocation does not serve as a basis for a search warrant. I hadn't thought about that issue.

Last but not least, there was a presentation on national laws related to zoophilia. (Thus, the turkey.) If you feel a need for dinner party trivia, I can tell you that 31 states have laws against zoophilia and that it could be either a felony or a misdemeanor. A LexisNexis search of cases using the term "zoophilia" turned up 26, usually in relation to an appeal of a sex offender commitment. The disorder was cited as a sign of generally more serious psychopathology in connection with other paraphilic disorders. I also learned about the practice of people known as "furries." If you want to know what that is, I will only tell you if you retweet a link to this post ten times:


Day 3 of the American Academy of Psychiatry and the Law, summaries here: http://t.co/ahtZbOfFeh #forensic #psychiatry #AAPL2013

i am glad to hear that seclusion is at least being talked about.
i have written before about my experience being restrained for 44 hours-- some of the worst hours of my life. that period of restraint was followed by seclusion, but i don't remember how long i was in the seclusion room without the restraints on. it's funny that they say it isn't punitive. while i disagree with its use in almost all circumstances, it is true that some music and perhaps someone to help me clean my face off/brush my teeth/talk would have made it less traumatic. letting someone from my family sit with me would have been beneficial as well. i wish they would restrain nurses/doctors in the hospital for a couple of hours so they can see a little tiny bit of how it feels. it is worse than anyone who hasn't experienced it could imagine. i felt so helpless and alone. when i left, i remember thinking i had better succeed if i try to kill myself again because i will never, never go through that again. at the time, i thought i'd sooner die. that said, the following year, when i went to a larger (better) hospital after a suicide attempt, they strapped down my arms and legs, but they did it for a much much much shorter period and didn't isolate me during that time. even though i hated it, i still felt cared about and taken care of. the tv was playing and a friend was with me-- a lot different.

I think the problem is the definition of seclusion varies by state (and by facility). In the ER, seclusion meant a tiny room the size of a small closet with only a bench to sit/lie on (no cushion, blanket, or pillow). In the psych hospital where I was admitted, the "quiet room" was a fairly good size, it included a bed with sheets/blanket/pillow, and a connecting room with a drain in the floor, to pee in, I guess. The ER closet (it is more of a cage) was so tiny, I could see where that would make anyone stir crazy.

If I had to choose, I would prefer seclusion over any other form of restraint. When I'm upset, I prefer to be left alone.

I only ever observed chemical restraint in the psych hospital. I suspect they choose that for patients (over seclusion or mechanical restraints) so they don't have to monitor them as closely (or listen to the patient screaming).

Liz, your experience sounds terrible. What are the laws in your state regarding the length of time they can keep you in seclusion?

pseudo-kristen: that was definitely not a bad idea. as a tween in the adolescent unit (i was twelve) i had a seventeen year old come into my room during quiet time. he didn't do anything ot me, but he definitely could have. i can understand the appeal of the seclusion room in your situation.

in my case (when i was restrainted) they definitely violated guidelines, but i made a report and nothing happened. i admittedly had harmed myself in the psych facility, but after i "came to" after the xanax overdose (in the ed)and self-harm (in the psych unit), i expressed willingness to not harm myself and could have been safely kept in the room, without the restraints on..... it was awful- inexpressible, truly.