How a Psychiatrist Predicts Violence 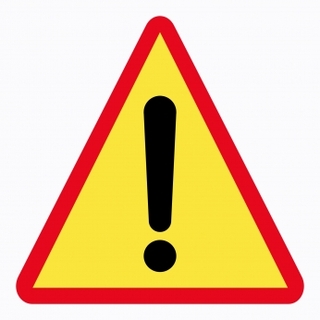 I am not a forensic psychiatrist.  I am a general adult psychiatrist, and ClinkShrink may have much more to add about such things. But with all this talk about potentially violent people and likely-to-be-violent people and legislation suggesting that psychiatrists should be the ones to determine if psychiatric patients are safe to own guns (no, no, please no...we treat mental illness, we don't certify people to use guns....) I thought I would try to demystify the process by which we determine if someone is dangerous.

For the routine, day-to-day shrink, we use two main measures of dangerousness:
~ History of violence
~ The patient's stated intent

If someone has never been violent and says they are not thinking about hurting themselves or anyone else, we assume they are not dangerous.

Are there other factors, or innuendo here? Of course, and other considerations may include:
~Substance abuse.  Substance abuse.  And substance abuse.  Substances dramatically increase the risk for violence.  Stay away from intoxicated people with weapons.
~The presence of factors that distort someone's ability to accurately assess reality, such as psychosis, dementia, or delirium.
~ The patient says they have no thoughts about hurting anyone, but there are indicators that they are not being truthful about their intent.  Usually this is in the form of information presented by other people and we realize that the other party may be presenting information that has been misunderstood or distorted or meeting their own agenda, so we do our best.
~How well the evaluating psychiatrist knows the patient.  In an Emergency Room, there may be the tendency to err in favor of over-stating dangerousness because the doctor has no history with the patient and needs to make an admit vs. release decision fairly quickly and often with limited information.   They may decide to admit a patient and let an inpatient team observe the patient and gather more information.
~The patient's tendency to behave impulsively.
~Sometimes family history is considered, especially in patients with mood disorders and a family history of suicide.

The most common dilemma is that people will say they are having thoughts about hurting themselves (much more common then thoughts about hurting others) and they are uncertain about whether they will act on them.  If the psychiatrist knows the patient and knows that such thoughts are fairly common for this person, and that historically they have not acted on such thoughts, they may be more comfortable deciding the patient is probably not imminently dangerous than if the patient has a history of serious suicide attempts.

Is there magic?  No.  Are we right?  Sometimes.

The problem of prediction of potential gun violence is being approached from the wrong direction. Dinah is quite right about our inability to accurately predict violence, while gun advocates routinely say that those with mental problems should not be able to have guns.

So perhaps the solution would be to ask the gun advocates how seriously they would like to disenfranchise the mentally ill in order to maintain gun rights for all others, then ask psychologists to devise comprehensive tests which could be required of all gun owners every six months to maintain their gun ownership privileges. Maybe every six months is not frequently enough.

Of course nothing like this would ever happen, but if you allow yourself a "thought experiment" in this direction you can see that the mental health intrusions being suggested now are nothing but window dressing to create the appearance that something is being done, while actually doing nothing but creating anxiety and fear among those in psychiatric treatment as well as the entire mental health provider community.

I think this is all for naught. If someone is deranged and intent on hurting people they will figure out a way to do it using another weapon. I understand a gun can injure multiple people but so can automobiles which people have used as weapons. Are we going to take drivers licenses away and think nobody will get behind the wheel of a car? Should we limit knife sales?
I think we have a mental health crisis going on, how about we try to go at it from that angle? It would be wonderful to encourage people with mental health disorders to seek treatment and then have mental health treatment be available, affordable and be of high quality. Maybe we should invest in a mental health system worthy of what I believe a country such of ours is capable of.

I agree with Jesse that we are approaching the issue of gun violence from the wrong direction. That is to say, focusing on mental illness. The majority of gun violence is not committed by the mentally ill. The issue of mental illness is being ginned up by the NRA and other pro-gun advocates as a distraction. It's easy to blame the mentally ill, because the stigma is so prevelant.

If we want to prevent gun violence, why not do something evidence based? What are the biggest predictors of violence among the entire population, not just those labelled mentally ill? I'm guessing being young, male and of a certain socio-economic status are pretty high up on the list. Of course, history of violence and substance abuse are biggies. Let's look at a screening tool for any person who wants to own guns, not just those who are mentally ill.

Please understand that I appreciate the author's efforts to de-stigmatize mental illness, and to decry these ridiculous legislative proposals.

For whatever it's worth, I've owned guns all my adult life, but I quit the NRA over their positions on this and many other things.

The online magazine Slate has been posting the numbers of gun deaths in the U.S. since Newton. As of yesterday, that number was 2146. There have been nearly 80 Newtons since Newton. It would be fascinating to do an analysis of how many of those people had previously been labelled mentally ill. It's probably a pretty small percentage. As I stated in my post above, the whole issue of mental illness is just a distraction. The proposed legislation targeting the mentally ill will do nothing to stop the epidemic of gun violence raging in this country.

i have carried out reasonable research in this field and i have found that the problem cannot be localized and nor can be the solution. perhaps a few innovative tests designed for the sake of identifying dangerousness in a person might actually help. it can be like the word association test, dream analysis, or perhaps like a more cognitively oriented or biologically bent method that crosslinks various disciplines and uses all the available resources to identify the vital signs that help a trained eye to identify with complete certainty the possibility of dangerousness in an individual.