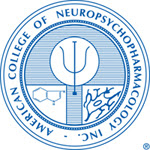 You know how ClinkShrink writes to us about the AAPL (the Amercian Academy of Psychiatry and the Law) conference every year?  Our friend and colleague, Dr. Judith Kastenberg in Philadelphia has offered to do a similar guest post about what is going on at the American College of Neuropsychopharmacology (ACNP).  From Florida, Judy writes:

Today was first day of the 51st annual meeting of the American College of Neuropsychopharmacology.  Researchers and clinicians founded this working group in 1961 to promote understanding about how drugs work in the brain, identify areas of controversy in research, identify gaps in knowledge, and brainstorm about necessary areas of further investigation.

Why then?  It was in the 1950s that the first psychoactive medications were discovered concurrent with basic science research progress about cellular communication and ideas about how these medications might act.

The meetings still work to connect basic science research – what happens in a test tube – with clinical medicine – what happens to real world patients.  Today’s theme at the meetings explored how stress might influence physical and mental illness.

Common sense tells us that stress influences health.  Have a big test in school tomorrow?  You might have a stomachache before the morning bus.

Thomas Neylan at UCSF reviewed VA healthcare records of young veterans from Iraq and Afghanistan.  We hypothesize that people with PTSD might be more prone to “inflammation” as inferred by elevated levels of a marker called C-reactive protein.  So are people with PTSD also more at risk of developing autoimmune disorders?   Dr. Neylan’s data shows that these veterans are more likely to have certain illnesses like lupus, MS, and inflammatory bowel disease.  There may be other things at play like a history of sleep deprivation, but the numbers are compelling.

Even rats raised by parents who were traumatized, will act as if they themselves had been traumatized.

As an FYI, Dr. Barry Krakow, world class sleep doctor, has done alot of research in the area of PTSD and sleep disorders, particularly sleep apnea. Are you familiar with his work?

Obviously, not everyone with PTSD is going to have sleep apnea. But since this condition is overlooked constantly in the mental health field which has resulted in psych meds being unnecessarily prescribed in my opinion, I wanted to mention the work of Dr. Krakow.

Thank you for bringing up the subject of sleep apnea. I do know about the links with C-reactive protein and auto immune disease. And I agree that doctors do not ask about sleep as often as they should. I will look into Dr. Krakow's work.

And yes moviedoc, apparently neuropsychopharmacologists do tweet. There is even an official ACNP blog.

This is rather interesting stuff!