i before e, except after w? 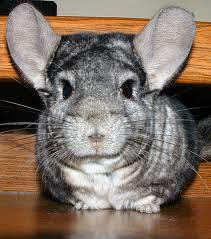 I mean we're shrinks, we deal with the weird everyday. If anyone knows weird, it's us.

So I get this email from Roy. Stop spelling it "wierd" it's "weird" you have it stuck in your head wrong. He's right and he gave me a long list of places on Shrink Rap where weird is misspelled as 'wierd.' Only they weren't all me. Clink did it a couple of times. Sarebear did it in our comment section. I did it a bunch. This is weird. But it is "i before e except after c"...right? Why is weird spelled weirdly?

Maybe I need a new word. Strange. Unusual. Unconventional. Odd. That's a good one, even I can't spell "odd" wrong.

Old English wyrd is a verbal noun formed from the verb weorþan, meaning "to come to pass, to become". The term developed into the modern English adjective weird. Adjectival use develops in the 15th centrury, in the sense "having the power to control fate", originally in the name of the Weird Sisters, i.e. the classical Fates, in the Elizabethan period detached from their classical background as fays, and most notably appearing as the Three Witches in Shakespeare's Macbeth. From the 14th century, to weird was also used as a verb in Scots, in the sense of "to preordain by decree of fate".

The modern spelling weird first appears in Scottish and Northern English dialects in the 16th century and is taken up in standard literary English from the 17th century. The regular modern English form would have been wird, from Early Modern English werd. The substitution of werd by weird in the northern dialects is "difficult to account for".[1]

The now most common meaning of weird, "odd, strange", is first attested in 1815, originally with a connotation of the supernatural or portentuous (especially in the collocation weird and wonderful), but by the early 20th century increasingly applied to everyday situations.[2]

Enough. It's all too weerd. The chinchilla is for Jesse because his preoccupation with the little rodents is kind of ....different.
Posted by Dinah on Thursday, March 03, 2011

And punctuation goes inside the quotation marks.
---Clink

Everyone gives me grief. Or is it greif?

You want wierd? Try the sceince of psychiatry.

Well, since most of our knowledge about human nature (and virtually everything about psychopathology) seems to come from WEIRD people....

That is, Western, Educated, Industrialized, Rich, and Democratic.

That's gonna be hard to remember. I made someone's list, should I be flattered?

I'm being facetious, heh. Or Weird.

I've got a weird quote for you that's been on my mind half the day; I can't get the words "feculent maggots" out of my head.

“I have no sympathy for any of you feculent maggots and no more patience to pretend otherwise. Gentlemen, I wash my hand of this weirdness.” - Jack Sparrow

And what is he, Captain Hook that he just washes ONE hand of this weirdness? lol.

if you can see it, it helps!

Ha! I nearly misread weird for wired then again I'm a bipolar schizwhatjamacallit. I love your chinchilla. That is yours? I wanted one. They always look to me like mars-rabbits.

It must be VERY draining working with the outer reaches of desperation and otherworldliness (or is it merely this-worldliness?) whatever. But working with human extremes must be really really fucking exhausting.

Last time I had dealings with a female psychiatrist I was floridly manic and leaning across very obviously. She had on beautiful shiny black leggings that really caught my eye. I have a thing about lights on mania, they look sublimely beautiful so shiny is very very good. Legs are good. Females are good. Psychiatrists are a mixed bag but good ones are very good.

No Im not manic now if I was everything would either rhyme or just be fizzlyblobble all over the place.

It's 2242 so unless you're foreign or working nights, sleep well, and sweet dreams!

Sorry I am a bit manic. I didn't even realize it. Going faster than I realize. I always expect people to keep up then can't understand when they don't so I'd better explain that. Bipolar schizoaffective is what I meant to say. I just got a LITTLE bit fed up of using that word sometimes you know. When I know people won't understand I just say "bipolar" and tell them I'm manic depressive. It's way easier and more dinner party friendly than the full title. Not that I go to many dinner parties now. Ha ha!

So you're 3 people? I was writing to Dinah. Dinah reply to me please ;-)

Clink:
except for colons and semicolons - they go outside the quotation marks.

It's not my chinchilla.

WHAT DOES THE WATCH CAT AND THE MUDVILLE GAZETTE HAVE TO SAY! IT SAYS! MOVE YOUR FAT ARSE! LOL! THE HAMSTERS SPEECH IS FRICKIN FRIGHTENING!

You need a mnemonic device... as my junior high teacher told me, the most common exceptions to the "i after e rule" can be used to make the following sentence:

Neither weird man seizes ships at his leisure.

Gledwood - you tell people what you have? I'm bipolar II and I don't tell anyone. I just hope the lithium works enough to keep people from noticing anything is amiss (usually true). The only person who knows (other than my doctors) is my on-again off-again boyfriend. Not friends, not family, no one. How do people react when you tell them?