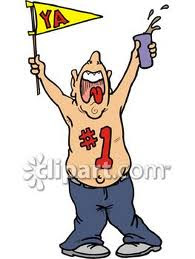 Enough meditation. Let's move on to what people really talk about in psychotherapy: Football.

And no, I'm not kidding.

Here in Baltimore, the hype's died down as the fans remain catatonic. The purple lights have fadded and the only energy left is that which remains to cheer against the 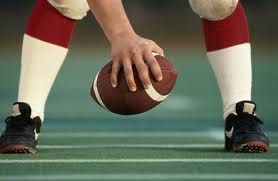 Steelers. Oh, something tells me that on Sunday, there will be lots of energy for Steeler hatred.

I don't really get it-- it's a bunch of too-big, way-too-old, guys in silly outfits chasing balls and charging at each other and they get paid millions to do this. I suppose it's an escapist thing, but I've learned never to say aloud that I don't get it, or worse, that it's just a game.

Breathing exercises are highly recommended and become increasingly important as the football contest nears the fourth quarter, when events on the field are likely to prompt strong physiological reactions, like a pounding heart, hyperventilation, even dizziness. These internal cues, as they’re called, can escalate the feeling of panic, a self-reinforcing cycle resulting in groans and cries that can be frightening to small children, pets and sometimes neighbors.

In the final minutes of the game, be forewarned: Many patients will move beyond the reach of therapy. Their faces may change, their breathing appear to stop. Researchers have not determined whether this state is closer to Buddhist meditation or to the experience of freefall from an airplane. All that is known is that, once in it, patients will fall back on primal coping methods, behaviors learned in childhood within the cultural context of their family.

Like emitting screams. Or leaping in an animated way, as if the floor were on fire. Or falling on their back and moving their arms and legs like an overturned beetle, in celebratory fashion.

This post is dedicated to my husband and son.
Posted by Dinah on Wednesday, February 02, 2011