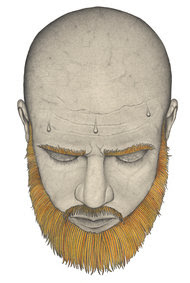 This past weekend, in "The Heat of the Night," Lisa Sanders, MD wrote one of those mystery medical cases in the New York Times Magazine. She walked through the puzzling presentation of a man with fever and a liver mass. His physician friend was worried.

Schumann was worried, too. He lived nearly a thousand miles away — too far to come and see his friend. Besides, the patient was posting all his test results for his friends and family, so Schumann was following the case from a distance, and he still had no idea what was going on. If he was the second opinion, then the patient clearly needed a third. Suddenly Schumann had an idea. What if they opened the mystery of his symptoms to other doctors? What if they put his case on the Internet — on a blog read mostly by doctors — and let some new eyes and brains work on this problem? The patient was excited by the idea.

That afternoon Schumann put the case on a blog (glasshospital.com) he was writing and contacted Kevin Pho, who has a popular medical blog (www.kevinmd.com), who then posted it, too. Within hours, a dozen comments were posted in response. Several pointed to a series of reports similar to this very case: patients with large hemangiomas and persistent nightly fevers. In several cases, simply removing the tumor stopped the fevers.

I'm sure the psychiatric world allows for patients to do the some of the diagnosing themselves, I mean when I rolled up to my PCP I simply just said "I think I have depression." ... and he didn't seem to be angry that I read about it and talked about it and had contact with other sources.

In saying all of this, too many times, I hear stories of people who get into contact with the internet and in a heartbeat, their PCPs lose respect for them.

I remember the time when my technology illiterate mum learned to use the internet and googled the psych meds I was taking at the time ... heheeh .. not a pleasant experience... guess everything has it's drawbacks though, good to see that people in the medical community believe in the good that the internet can do.

What a collectivist society the internet has become!
I think it's great that people are using the 'net for good.