In psychiatry, we've had a hard time drawing precise links between brain pathology and psychiatric disorders. We can do it for groups of people: Disease X is associated with changes in brain structure of Brain Area Y or metabolic changes in Brain Area Z. But it's groups, not individuals, and it's an association, not a cause>effect, or a definite. We still can't use this information for diagnosis, and there are still patients with any given psychiatric diagnoses who will have brains where Area Y is the same size as those without the disorder. 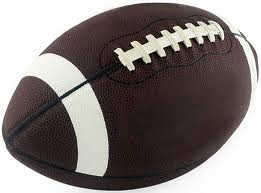 From what I read in this New York Times article, Owen Thomas was a bright, talented young man with no history of psychiatric disorder, and no history of known concussion. In April, he committed suicide-- a tragedy beyond words. Sometime people commit suicide and every one is left to wonder: there was no depression, no obvious precipitant, no note left behind, and every one is left to wonder why. The guilt toll on the survivors is enormous, as is the grief for their families and communities. In this case, according to the Philadelphia Inquirer, the young man was apparently struggling with the stress of difficult school work and concerns about his team and employment.

Owen's family donated his brain to Boston University's Center for the Study of Traumatic Encephalopathy.

They discovered that Owen's brain showed damage similar to that seen in older NFL players who've-- he had a condition called Chronic Traumatic Encephalopathy. In terms of Owen's suicide, it's hard to know what this means: did the brain injury contribute to or cause a psychiatric disorder, such as depression, that led to his suicide? Did it make him more impulsive, so that he was more likely to act on suicidal thoughts? It's hard to say: suicide is a common cause of death among young people who die. This is the first documented case of chronic traumatic encephalopathy in a college football player. It's not, however, the first suicide of a college football player.

The only way to know if encephalopathy causes depression which causes suicide, is to keep studying it. It's horrible to lose a child, and I applaud this young man's parents for contributing his brain to a research project, and for making his situation public. Millions of young people play football each year: maybe we need to be doing more to protect their brains, though that will not be popular statement among die-hard football fans (some of whom are my relatives). When it comes to sports and driving, we tend to minimize the risks. On the other hand, it's hard to live life with the shutters drawn.

If you're an athlete, help the cause and donate your brain here.
Posted by Dinah on Saturday, September 18, 2010

"if you are an athlete, donate your brain..." Hopefully you mean after death. I'm hoping my son hangs on to his long enough to graduate and get a decent job. I would very upset if he donated it in an impulsive, albeit altruistic gesture and then I was left to support him for the rest of his althletic 'career".

Interesting post. When you wrote: "Sometime people commit suicide...there was no depression, no obvious precipitant, no note left behind, and every one is left to wonder why". It reminded me of how others cannot sometimes see how depressed I am.

When I left home after high school I would call my Mom regularily and many many times I would be sobbing, yet we met with my pdoc she said she had no idea I had been depressed.

I know my Mom loved me, and I loved her, but had I committed suicide I think she would have felt that shock of "...why, but there was nothing wrong?"

It has been my experience that those close to me either cannot see how I struggle, or don't want to see. It leaves me feeling extremely isolated and uncared for.

I don't transmit my unhappiness because I have a very non-expressive face when I feel sad or angry or any negative emotion. I tend to either smile or be expressionless, so it's not other people's fault they can't read me. My psychiatrist has noticed I flush slightly when feeling really bad. I do tell him what is going on, though, so I am not leaving him to guess.

Just so very sad. His parents are very brave and giving.

I salute owen's parents for allowing his brain to be a part of a research in order to increase our knowledge about chronic traumatic encephalopathy.

Chronic traumatic encephalopathy (CTE) is a progressive degenerative disease found in individuals who have been subjected to multiple concussions and other forms of head injury. A variant of the condition, dementia pugilistica, is primarily associated with boxing. CTE has been most commonly found in professional athletes participating in gridiron football, ice hockey, professional wrestling and other contact sports who have experienced head trauma, resulting in characteristic degeneration of brain tissue and the accumulation of tau protein. Individuals with Chronic Traumatic Encephalopathy may show such symptoms of dementia such as memory loss, aggression, confusion and depression which may appear within months of the trauma or many decades later.


I got this valuable info by reading articles at http://psychiatristcleveland.org/

You can try this one. Hope that athletes will be safe always.