I Don't Know What to Charge! 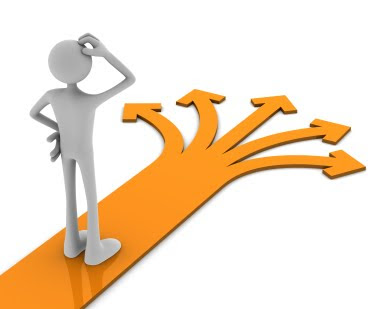 I got a letter today from a patient asking me to explain why I've billed him roughly $4.50 more than Medicare allows. He included a statement from...?Medicare or it's administrators saying that this lower amount is the Medicare-allowed amount and that if his doctor charged more, a refund is due.

Every year, in December, I try to figure out the Medicare fees. Mostly I call a shrink friend who is in the same jurisdiction who is also a non-participating Medicare provider, which is different then someone who "opts out." I have to charge the Medicare amount, but it's always this funny challenge to figure it out just how much that is. At one point, I couldn't even figure out where I practice---in Maryland there are two districts, 01 and 99, and my office appeared to be located in neither. So now I think I know where I am (no one else I asked was completely certain either). For the record, it's not easy to find the fees, they vary by district and by procedure and by whether you are a facility or non-facility, participating, or non-participating, and there is the limiting fee and caps, and it gets mailed to me as a CD that doesn't open, and it's not on a website that I can find and the psychiatric society doesn't always have any better luck, and some of my friends are "participating" and have different fees, and most have "opted out" and one just can't deal so he doesn't charge any Medicare patient any fee and he doesn't submit...easier to work for free.

Okay, so every year for the past couple of years, Medicare is cutting fees by 21% or 24%. But at some point, Congress changes their minds and undoes the cut, so I've taken to keeping my fees the same, with the idea that it will be easier to reimburse patients (or credit their accounts) then it will be to tell patients that I was wrong to drop my fees and they now owe me money. And every year, Congress votes, after a period of ranting and uncertainty, to undo the fee cut. This year, Congress seems to vote to delay the cut multiple times every few weeks. I called a friend, he got a similar letter from a patient. The tone of the letters imply that we are purposely overcharging or willfully committing Medicare fraud.

The executive director of our state medical society got pulled in. He sent out a newsletter from the Medicare folks. It states:

On April 15, 2010, President Obama signed into law
the “Continuing Extension Act of 2010.” This law
extends through May 31, 2010, the zero percent
update to the Medicare physician fee schedule
(MPFS) that was in effect for claims with dates of
service January 1, 2010 through March 31,
2010. The law is retroactive to April 1, 2010.
Consequently, effective immediately, claims with
dates of service April 1, 2010 and later, which were
being held by Medicare contractors, have been
released for processing and payment. Please keep in
mind that the statutory payment floors still apply and,
therefore, clean electronic claims cannot be paid
before 14 calendar days after the date they are
received by Medicare contractors (29 calendar days
for clean paper claims).

Given the uncertainty regarding MPFS claims with
dates of service June 1, 2010, and later, please
watch your listservs and your contractor‟s website for
more information.

So Medicare is saying there is no decrease, at least not for the next 2 weeks, at which point we can again try to figure out what to charge. But CMS is telling patients that the fees we are charging are illegally high. Whistle blowers and Medicare fraud publicity and fines, leave me wishing it was easy for everyone to simply know the correct fees.

Just tell your clients that before they can be your patient they need to get in writing from Medicare what the correct fee should be. Put it back on the patient and Medicare.

Oh Sunny CA, somebody who's really sick and doing unwell may have a hard time figuring that stuff out. And maybe you could tell your patients about the uncertainty upfront.

I had a hospital admin person try to charge me less than I owed in co-pays, because that's what her computer told her. She got a little snippy, and I apologized later, but then it turned out that other people had run into the same problem. At the time I didn't have much money and getting bills after the fact was not nice.

I saw a doctor who had opted out, but what's the difference between a participating and a non-participating provider?

It's funny. It seems like a lot of private practice psychiatrists really hate Medicare, but there are surveys of other types of doctors seem to prefer Medicare to certain private payers. United, for example, is notoriously slow to pay.

And I would rather have medicare than Cigna behavioral health, since nobody takes that.

It's completely unreasonable that you can't find all of these numbers spelled out for you on a website.

I think this is an example of why many psychiatrists do go the extra step to "opt out" of Medicare. It's easy to judge them negatively for not accepting Medicare, but they avoid this extra web of bureaucracy and have one less barrier between themselves and their patients interfering with treatment.

I've never been in private practice myself and at this point find that I'm able to focus on practicing psychiatry and not on these types of hassles by being employed.

Seriously, you got a nasty letter from a patient over $4.50? The going rate for a 15 minute session with a psychiatrist seems to be about $85. Accusing a professional of deliberately overcharging by four dollars and fifty cents seems.. *ahem* ..crazy.

Is some explanation of the ridiculous medicare bureaucracy and an agreement that changes will be credited to the patient's account not something you can put into one of those office policy statements that everybody has to sign? Or is that against some bizarre medicare rule too?

And I'd been wondering why there's a new office policy document to sign every time I see my shrink..

I realize that sick people can't figure it out, but then for these same sick people to complain about a $4.50 overcharge as though it is fraud is unfair and insulting.

You know there are people who take care of this hassle for you for a percentage. Let me know and I'll send you a link to one if interested. I checked her out for a project I was doing but have no actual experience with her.

Sunny CA, one might think it's unfair and insulting, but the patient's perception is important to talk about. It's not really subject to the rules of reason and politeness; it's probably not only a response to the facts but also evidence of something that's going on inside the patient.

It is just as hard for a patient as a doctor to figure out what the payment is supposed to be, and after a while you might think you're being exploited intentionally (however bizarre that might seem when the amount is only $4.50), or, conversely, that you're not being given proper care or attention. I guess it could be said that the patient's response to the situation is overdetermined.